On Friday, the president signed an executive order suspending all refugee admissions for 120 days and suspending the Syrian refugee program indefinitely. Celebrities chastised him for that as soon as the awards show was underway Sunday night. 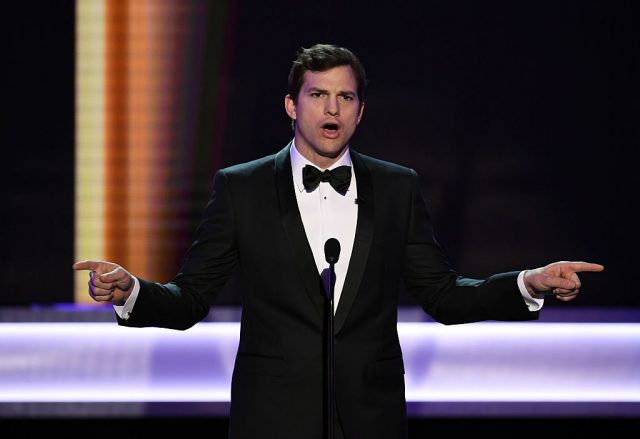 Ashton Kutcher opened up the show with a dig at Trump.

“Good evening, fellow Americans, and everyone at home, and everyone in airports that belong in my America,” Kutcher said as he jabbed his chest. “You are part of the fabric of who we are, and we welcome you and we love you.” 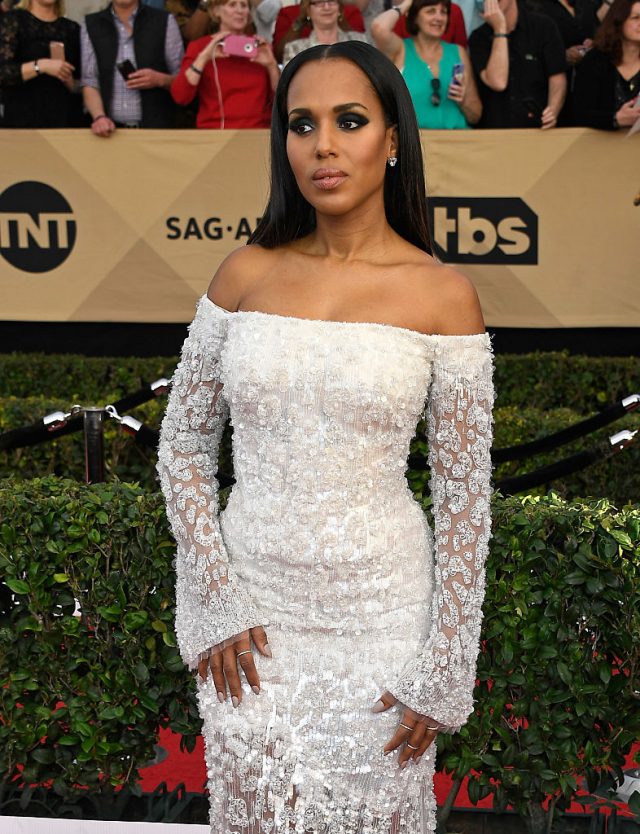 Then Kerry Washington complained about the notion that celebrities shouldn’t voice their political opinions.

“A lot of people are saying right now that actors should keep our mouths shut when it comes to politics,” Washington said. “But the truth is, no matter what, actors are activists because we embody the humanity and worth of all people. This union helps me to do that.”

“I am Kerry Washington, and I am an actor.” 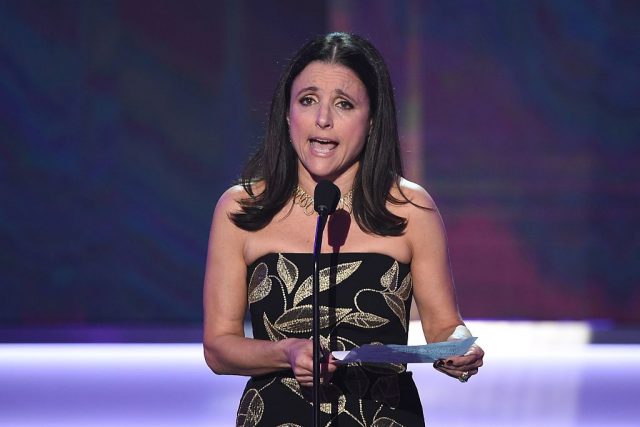 After she won best actress in a comedy series, Julia Louis-Dreyfus said she was “horrified” by Trump’s executive order. 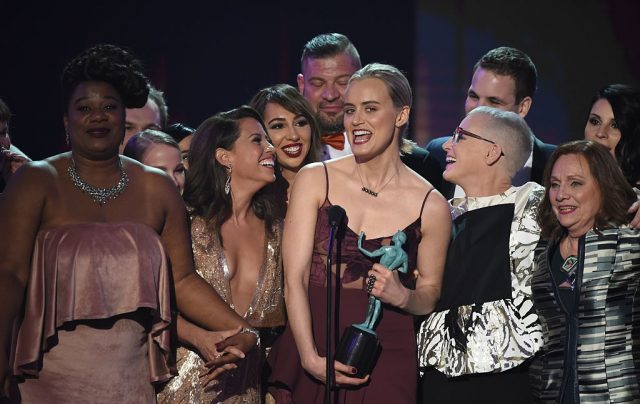 Taylor Schilling, who stars in “Orange is the New Black,” implied that Trump is trying to divide the nation.

“We stand up here representing a diverse group of people, representing generations of families who have sought a better life here,” Schilling said. “We know that it’s going to be up to us and all of you to keep telling stories. What united us is stronger than the forces that seek to divide us.”

#OITNB cast: “What unites us is stronger than the forces that seek to divide us.” #SAGAwards pic.twitter.com/XWXQdARDiV 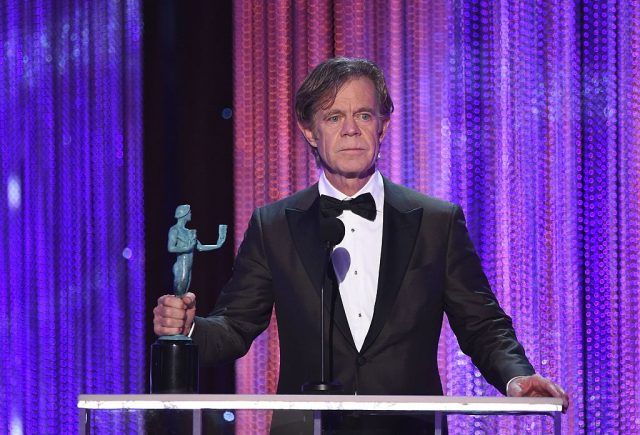 William H. Macy sarcastically thanked the president for making his alcoholic, drug-addicted and narcissistic character on “Shameless” seem so “normal.”

Mahershala Ali, who stars in “Moonlight,” became tearful during his acceptance speech.

“I’m a Muslim,” Ali said. “When we get caught up in the minutiae and the details that make us all different, I think there’s two ways of seeing that. There’s the opportunity to see the texture of that person, the characteristics that make them unique, and then there’s an opportunity to go to war about it and say that this person is different from me, I don’t like you, let’s battle.” 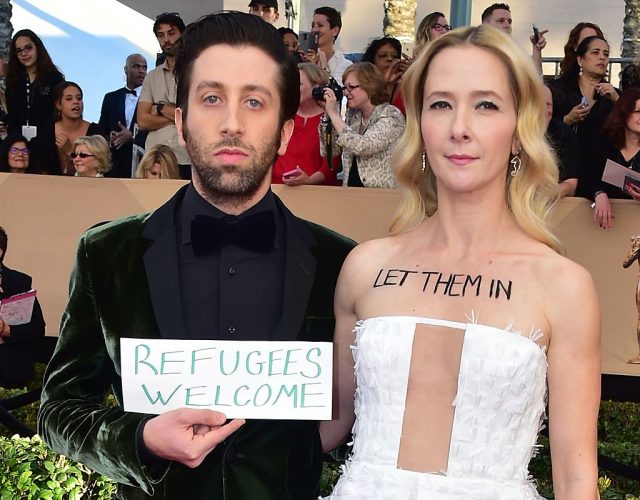 Earlier in the evening, “The Big Bang Theory’s” Simon Helberg held a sign that said “Refugees welcome” on the red carpet.