When all hell broke loose at UC Berkeley when Milo Yiannopoulos was scheduled to make an appearance, Tomi Lahren, an online host for The Blaze, stood in solidarity with Milo.

Her boss, Glenn Beck, did not.

Instead, he wrote on Twitter, “Milo=Dangerous. …He DOES NOT speak the truth!” Beck has always been #NeverTrump. But he was pleasantly surprised and pleased with President Trump‘s Supreme Court nominee Neil Gorsuch and said so online.

Beck issued his own opposing opinion to Lahren’s on Milo. She didn’t respond to Beck directly, but she did clarify her beliefs. She wrote, “I stand with #MiloYiannopoulus not because I agree with everything he says, because I agree with his right to say it. Your riots are sick.” Her first remark was this: “Milo, I stand with you. They hate the truth and those who speak it. We won’t stop. #UCBerkeley.”

Now Beck is going a step further against his reporter.

In what could be a major downward spiral for the site, or at the very least, a really awkward water cooler encounter, he agreed with a reader who told Beck that he needs to deal with the blunt blonde who supports Trump and Milo. Milo loves Trump so much that he routinely refers to Trump as “Daddy.” What’s more, his former boss is Trump’s chief adviser Steve Bannon. 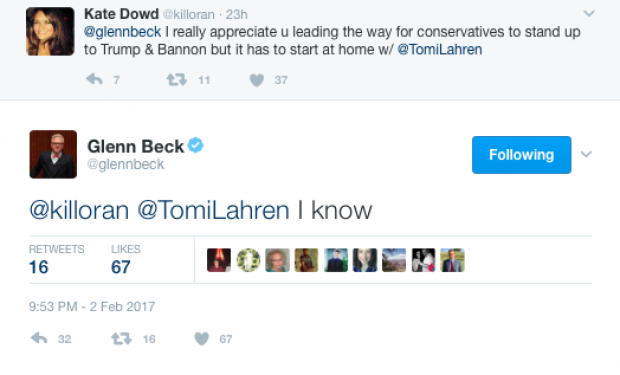 What exactly does a reporter do when her boss is sub-tweeting and blasting her online?

On Friday night she’ll be the token Republican on HBO’s “Real Time With Bill Maher.” 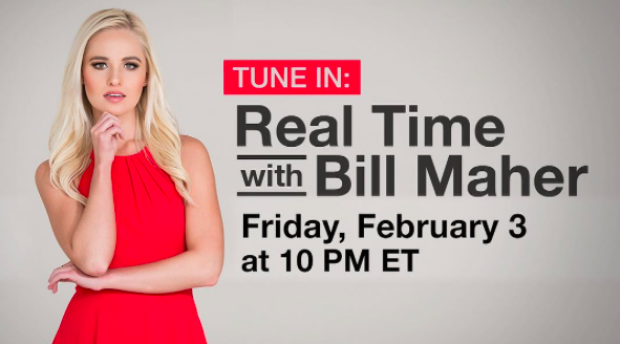