Freedom of speech is thriving over at The Blaze.

And publicly disagreeing with the boss doesn’t appear to go against the rules.

Tomi Lahren, the outspoken blonde video host at TheBlaze, stood arm in arm with Milo Yiannopoulos Wednesday night (at least virtually) as violent protests were breaking out at UC Berkeley. Milo was scheduled to appear there for his “Dangerous Faggot Tour.” When fire and pepper spray broke out, Milo was escorted from the building and his event was canceled. 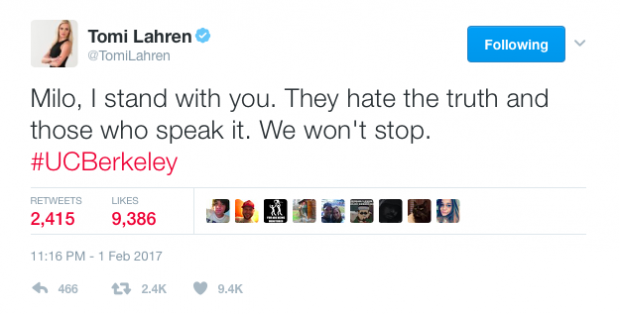 He added, “I have already defended Milos right to speak. But be clear on who he is.:Alt-right mouthpiece who promotes chaos. Rioters on left just as bad.”

Lahren tweeted again, but not directly to Beck.

She further explained herself and said she doesn’t support the riots. 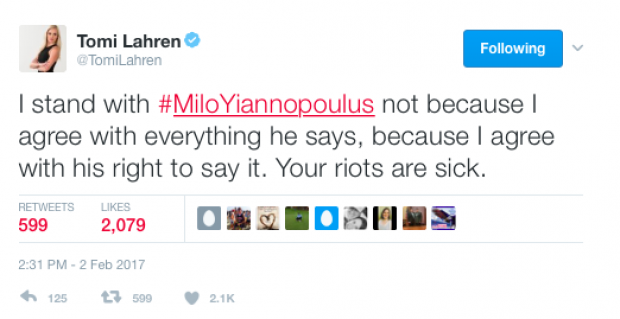