Bernie Sanders called Donald Trump a “fraud” on CNN’s Sunday broadcast of “State of the Union.”

The Vermont Senator, when prompted by host Jake Tapper, said it’s “hard not to laugh to see President Trump along with these Wall Street guys.”

“I have to say this, Jake,” Sanders continued. “And I don’t mean to be disrespectful, but this guy is a fraud.”

“This guy ran for president of the United States saying ‘I, Donald Trump, am going to take on Wall Street.’ These guys are getting away with murder,'” he added, really picking up steam at this point. “Then suddenly he appoints all these billionaires — his major financial adviser comes from Goldman Sachs — and now he will dismantle legislation that protects consumers.” 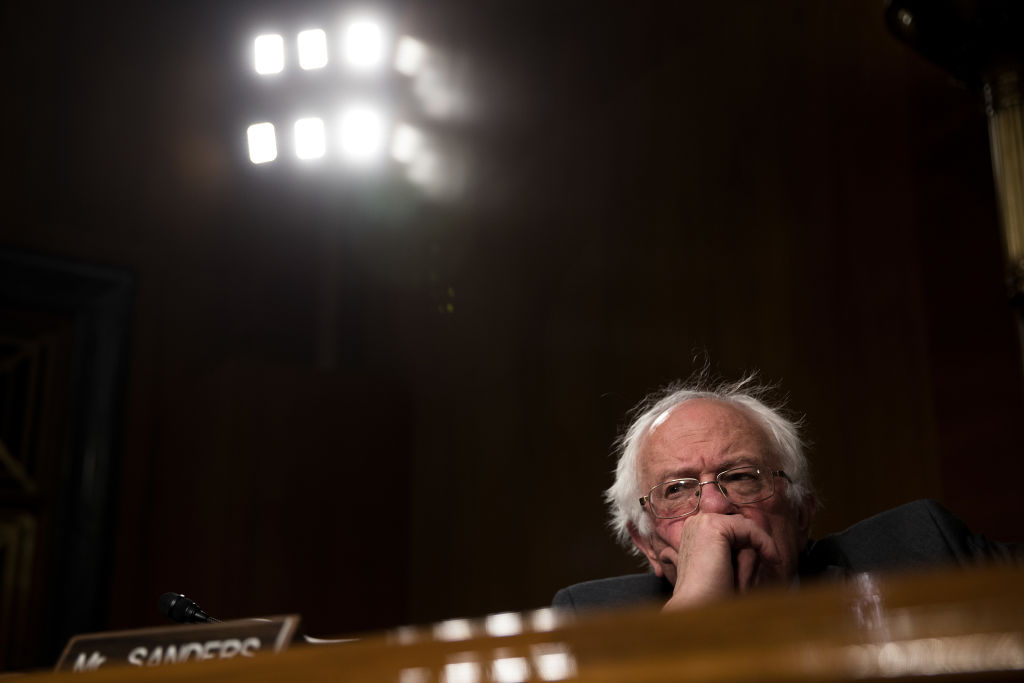 “I hope that all of those folks who voted for Mr. Trump because he thought he would stand up for working people,” Sanders began to say before thinking better of it. “Man, he is a good showman, I’ll give him that.”