Retired Gen. John Kelly, the secretary of the Department of Homeland Security, told Congress on Tuesday that he expects that construction of a wall on the U.S. southern border “will be well underway in two years.”

Appearing at his first House Homeland Security Committee hearing, Kelly described how the Trump administration plans to roll out construction of the border barrier. The focus, he said, will be on strategic areas where illegal border traffic is highest. And he is fielding suggestions from Customs and Border Protection agents on where exactly to build first.

“We’re not going to be able to build a wall everywhere, all at once,” said Kelly, who relayed conversations he had with agents during a recent visit to McAllen, Tex. 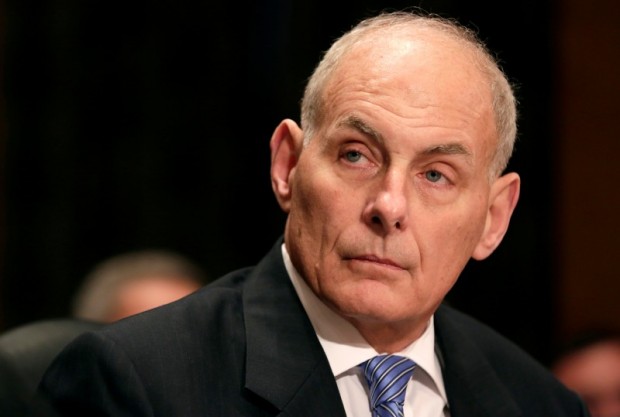 Kelly said he was surprised by one suggestion from agents he met.

When he asked agents if more wall needs to be built, he says he was told: “Well, you know, we need to extend some walls, we need to fill in some places with physical barriers. Their preference would not be something they couldn’t see through. That was a finding for me.”

“They can tell you exactly where they want a wall, a barrier, built right now,” Kelly added of CBP agents. “We’re going to rely on them for their recommendations.”

Kelly went on to say that areas that are not of high priority for a physical structure, technology and beefed up patrolling will be used to curtail illegal traffic.

He also noted that some technology being used on the border is outdated.

“Some of the sensors are really kind of 1980s technology,” he said, adding that there is “better equipment out on the market today.”

“It’s hard to do so. It depends on funding and the rest of it,” he said, while adding that “we will be well underway in two years.”

On the issue of whether the administration plans to fulfill Trump’s pledge to have Mexico pay for the wall, Kelly said that he has “not heard any specifics” on the matter.

He said that those discussions are being conducted by the White House and State Department.