Merriam-Webster hasn’t added a definition for “crybully” yet, but here’s a definition from UrbanDictionary.com: “A chronic or serial protester/complainer who claims persecution/victimization based on phony, exaggerated or unverifiable transgressions, is overly sensitive to criticism, and uses harrassment and/or intimidation to silence others who question, doubt, or disagree with the complainer’s position.”

Last night, on the floor of the U.S. Senate, this happened:

She broke the rules of the Senate, she was warned, and she kept doing it anyway. Now she’s playing victim:

I spoke out about @SenatorSessions – until @SenateMajLdr McConnell decided to silence me. https://t.co/qbty7x0iLl

I will not be silent about a nominee for AG who has made derogatory & racist comments that have no place in our justice system.

I will not be silent while the Republicans rubber stamp an AG who will never stand up to the @POTUS when he breaks the law.

You will when you’re on the floor of the Senate, Fauxcahontas. The rules apply to you too.

Warren also read the letter on Facebook, which has its own set of rules, such as “Democrats get to do whatever they want.”

She knew full well that what she was doing was against the rules, and she did it anyway because she knew she could use it to crybully her opponents. She’s now claiming to be oppressed, she’s sobbing about racism and sexism, and she’s trying to use that as a weapon against the Republicans.

That’s how it works these days. The path to victory is paved with a lot of likes and retweets and hashtags about what a victim you are. Ain’t that right, Hillary?

Don’t get it twisted: Elizabeth Warren isn’t a victim. She isn’t a martyr. She’s a crybully. 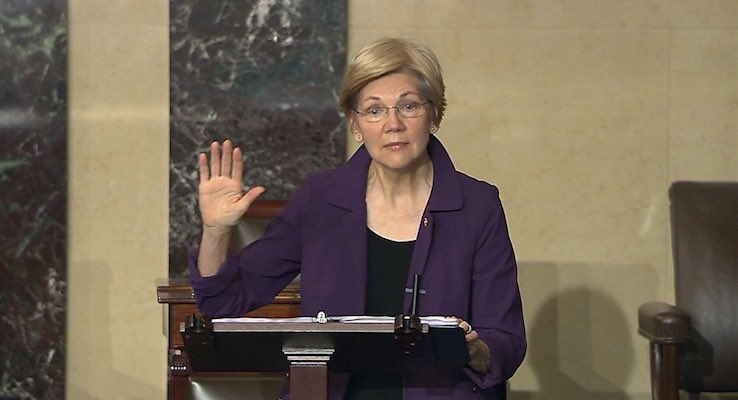