Things got heated between Carl Higbie and Louise Mensch on MSNBC Tuesday morning. 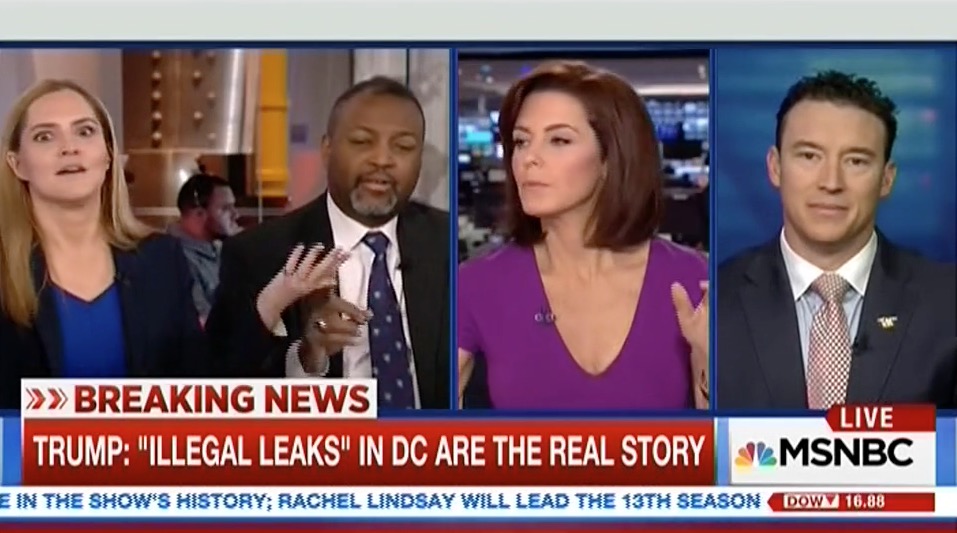 “So hold on, it’s not OK to take a picture of the guy with the nuclear football?” Higbie countered.

Higbie responded with a question of his own.

“I don’t know. Did you not see the 40 guys around him with guns that are well capable of defending them?”