President Trump defended his performance during his first four weeks in office and criticized the “out of control” media during a hastily assembled press briefing at the White House on Thursday.

Here’s how his first briefing as president measured up to Barack Obama’s on Feb. 9, 2009. 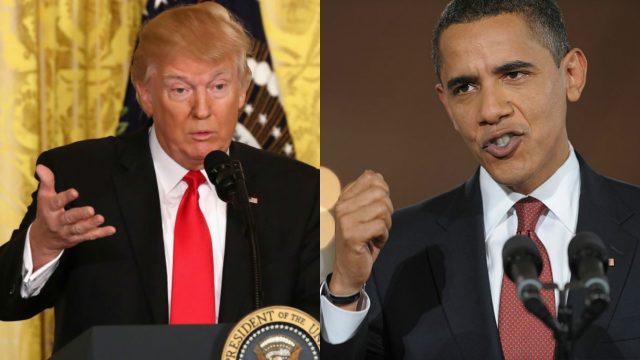 And that was before they took questions from the press.

Trump’s lasted almost 90 minutes. Obama’s was right at an hour.

Trump lambasted the media and denied ties to Russia.

“Unfortunately, much of the media in Washington, D.C., along with New York, Los Angeles in particular, speaks not for the people, but for the special interests and for those profiting off a very, very obviously broken system,” Trump said. “The press has become so dishonest that if we don’t talk about, we are doing a tremendous disservice to the American people. Tremendous disservice. We have to talk to find out what’s going on, because the press honestly is out of control. The level of dishonesty is out of control.”

“I can tell you, speaking for myself, I own nothing in Russia,” Trump said. “I have no loans in Russia. I don’t have any deals in Russia. President Putin called me up very nicely to congratulate me on the win of the election. He then, called me up extremely nicely to congratulate me on the inauguration, which was terrific. But so did many other leaders, almost all other leaders from almost all of the country. So that’s the extent.”

“Russia is fake news. Russia — this is fake news put out by the media. The real news is the fact that people, probably from the Obama administration because they’re there, because we have our new people going in place, right now.” 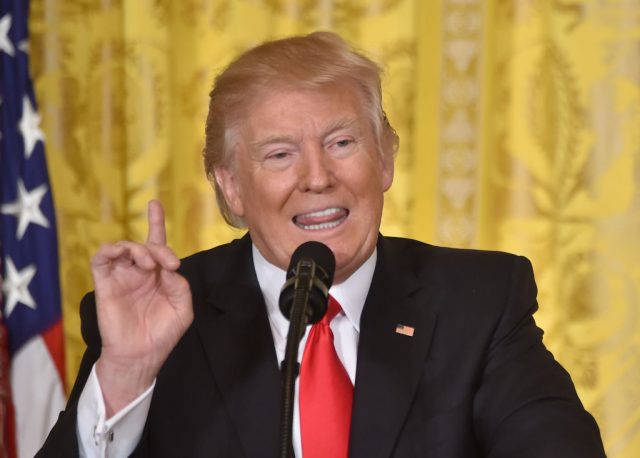 Obama made the case for his massive stimulus plan, and ripped Republicans for “playing political games.”

Obama pushed his $800 billion in economic stimulus on Americans and accused Republicans of “playing politics.”

“I can’t afford to see Congress play the usual political games,” Obama said in 2009. “What we have to do right now is deliver for the American people.”

“The single most important part of this economic recovery and reinvestment plan is the fact that it will save or create up to 4 million jobs, because that’s what America needs most right now.” 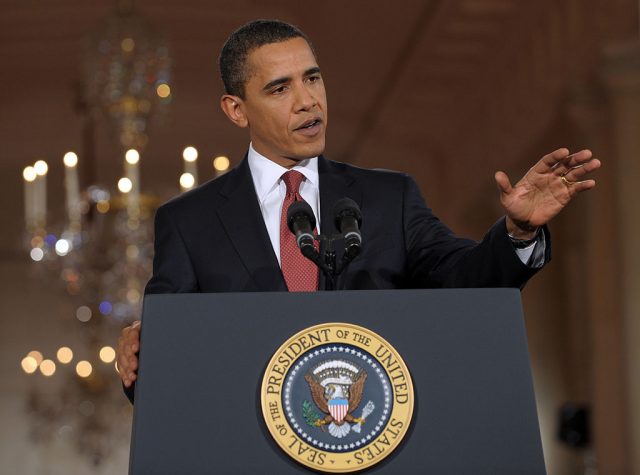 The president joked with CNN’s Jim Acosta that he had “checked his family tree” before selecting Alexander Acosta as his labor secretary pick.

“I looked — you know, I looked at that name,” Trump told Acosta as he asked a question. “I said, wait a minute, is there any relation there? Alex Acosta. I said, ‘Do me a favor, go back and check the family tree.'”

Both leaders said they inherited problems from their predecessor.

[dcquiz] “To be honest, I inherited a mess, a mess, at home and abroad, a mess,” Trump said Thursday.

“What I won’t do is return to the failed theories of the last eight years that got us into this fix in the first place because those theories have been tested, and they have failed,” Obama said in 2009.