Not for doing anything of valor.

For not appearing with Milo, Corn awards himself the medal of freedom. 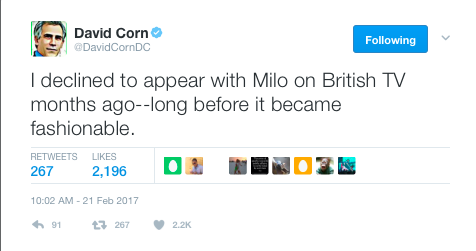