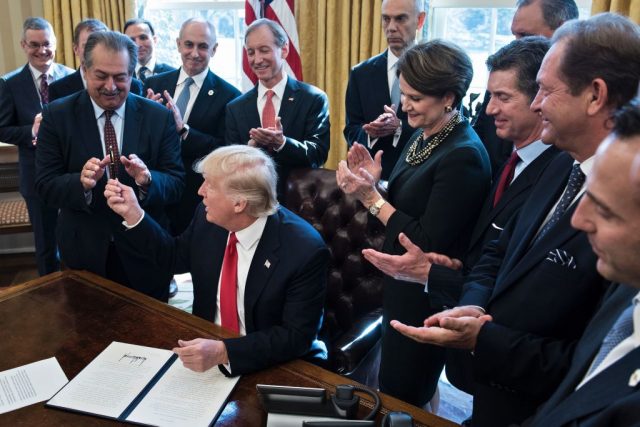 In his push to slash regulations, the president signed the executive order while surrounded by chief executives of major U.S. corporations in the Oval Office Friday. It directs internal watchdogs to determine which agency regulations can be repealed or modified if they are burdensome on the economy. 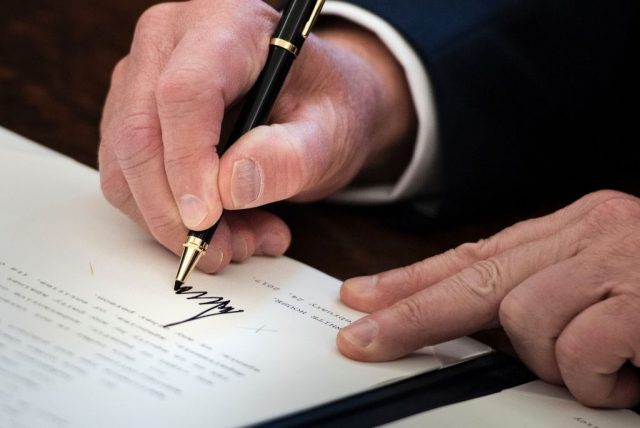 After he signed the order, Trump handed his pen to Dow Chemical CEO Andrews Liveris.