The five-year reunion of Princeton University’s class of 2012 will be Star Wars-themed — “Revenge of the Fifth” — but it will in no way feature stormtroopers because someone complained that dressing up like a stormtrooper might be construed as supportive of Nazi Germany.

The class of 2012 reunion will occur this June.

“As you may know, Princeton reunions are a big thing and, every fifth year, class reunions have themes and costumes,” one of two anonymous Princeton tipsters told The Daily Caller. 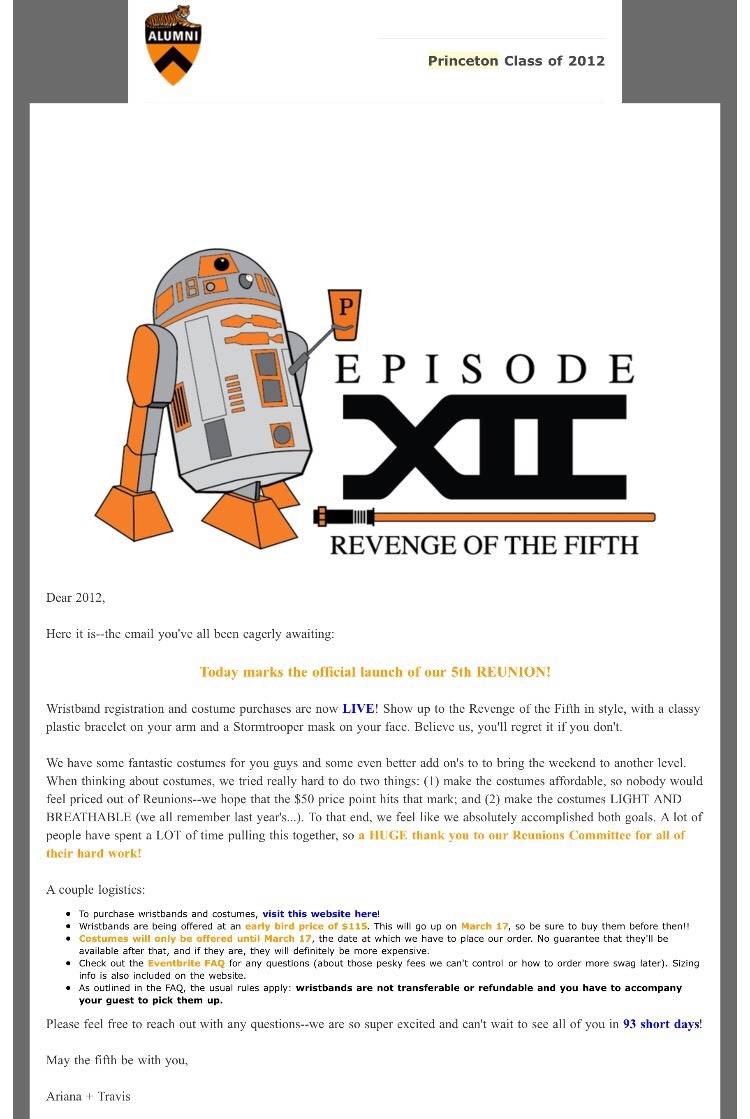 “Shortly after the costume images disappeared,” one of TheDC’s tipsters said.

“Late last night we got this email.” 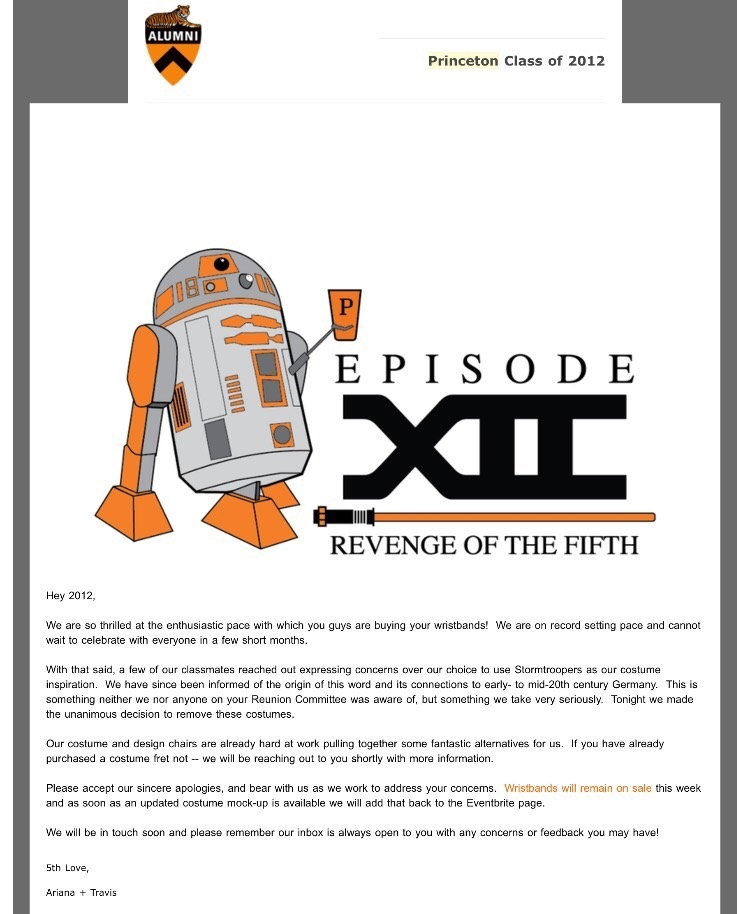 “A few of our classmates reached out expressing concerns over our choice to use Stormtroopers as our costume image,” the updated email laments.

“We have since been informed of the origin of this word and its connections to early- to mid-20th Century Germany,” the fancypants Ivy League graduates told each other.

The similarity between Nazis and costumes representing galactic empire assault troops with laughably atrocious shooting abilities — from a long ago in a galaxy far, far way — are “something we take very seriously,” the email says.

A Facebook message from Lindy Li, a spokeswoman for Princeton’s class of 2012 and a former Democratic candidate for Congress, elaborates on the decision.

“The Class of 2012’s costumes for an upcoming reunion were changed after a classmate raised concerns about the origin of the term ‘storm trooper,'” Li says in the Facebook message, which TheDC obtained. “The costumes were vetted by over 50 classmates who did not make this connection and never had any intention of referring to the World War II era.”

“Out of an abundance of caution and sensitivity, and in an effort to guarantee all classmates feel comfortable and welcome on campus, we decided to change our design to another character in the Star Wars universe.”

Li added that “what was advertised was only a first draft of the design.”

The current cost for a single year of tuition, fees and room and board at Princeton is $62,995.