The government of Turkey planned to use front groups and operatives “camouflaged” as journalists to gain access to Capitol Hill and the U.S. security apparatus, hacked emails released by WikiLeaks reveal.

The documents, which are from the Gmail account of Berat Albayrak, Turkey’s energy minister and the son-in-law of Turkey’s president, Recep Tayyip Erdogan, show the nascent plan for what has turned into a sprawling lobbying and PR campaign undertaken by the Turkish government.

Flynn was paid $530,000 for three months of work by Inovo BV, a Dutch shell company owned by a businessman with deep connections to Ankara.

The blueprints laid out in the Albayrak emails, released by WikiLeaks in December, show a scheme that is borderline illegal, says one analyst of Turkish politics.

“This is an attempt to infiltrate Capitol Hill and the U.S. security establishment through front organizations and lobbyists under the guise of journalism,” the analyst told The Daily Caller.

The analyst requested anonymity because of the Turkish government’s crackdown on Turkish citizens and journalists who report on the hacked emails. At least seven journalists have been jailed for doing so since the documents were released in September. 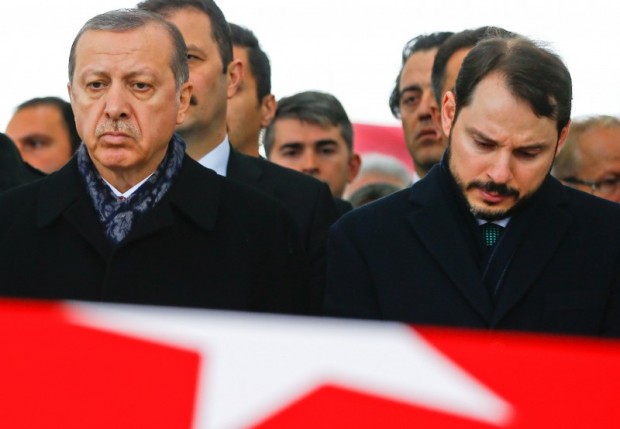 The emails, which were first released by a hacker collective called RedHack in October, are dated from 2011 and 2012, when Albayrak was CEO of Calik Holding. He has been married to Erdogan’s daughter since 2004 and has operated in the Islamist politician’s inner circle for years.

In the documents, Halil Danismaz, the recent president of the Turkish Heritage Organization, a New York-based non-profit that is strongly supportive of Erdogan, proposed to Albayrak a plan to skirt lobbying laws by hiring journalists who could obtain access to “American political and bureaucratic circles,” including members of Congress.

In one PowerPoint presentation, Danismaz refers to using a “camouflaged shell” to create a conduit for a “problem-free funds-transfer” to operate what appears to be a covert lobbying campaign.

“With this type of structure, funding regulations and tax barriers that limit lobbying activities in the US will be overcome,” reads one of the slides in the presentation, which was translated for TheDC by three separate Turkish speakers.

The setup would allow the Turkish government to obtain “first-hand” information about the “American thought structure.”

In the presentation, Danismaz estimated that the cost of the campaign would run between $1.5 million and $2.5 million each year.

One of the PowerPoints in Danismaz’s email to Albayrak proposes creating a “new media venue” which involved “hiring/paying and using prominent journalists as freelancers to have access to the administration in the American government.” 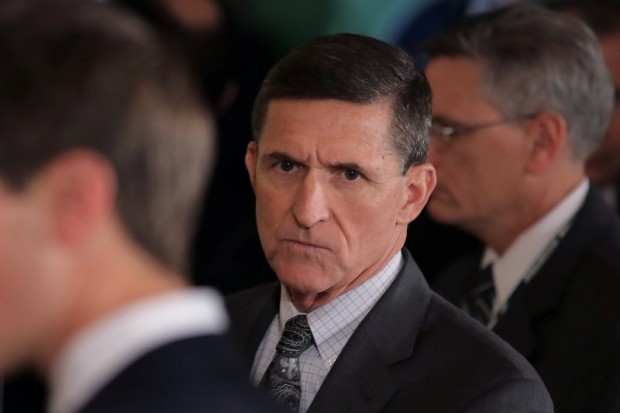 The scheme would allow the Turkish government to “circumvent tax and other impediments in the laws,” wrote Danismaz, who at the time worked for Turkish Airlines, a company which has close ties to the government.

While the Turkish government has questioned the legitimacy of the emails, WikiLeaks provides what’s called a DKIM verification for emails sent by Gmail showing that they have not been altered or edited.

Danismaz’s emails to Albayrak are verified in that manner.

“This PowerPoint is the smoking gun of Turkish government’s lobbying blueprint,” the above-mentioned analyst told TheDC in one of two phone interviews.

“It is the mental map of what eventually materialized in the lobbying effort.”

Abdullah Bozkurt, the former bureau chief of Today’s Zaman, a prominent English-language newpspaer in Ankara, says that the PowerPoints lay out how Turkish government operatives planned to “disguise” money flows for lobbying activities.

“Erdogan has planned to set up a media outlet in the U.S. to channel his influence and buy out people in important positions,” says Bozkurt, who fled Turkey last year amid Erdogan’s crackdown on critical media outlets.

“His associates probably thought disbursing lavish amount of money within the disguise of royalty payments for articles in the journal will help them recruit and enlist allies in various circles from Congress to American press.”

How Danismaz’s proposal was ultimately put into action is unknown. But several years after he exchanged the emails with Albayrak, he was appointed head of the Turkish Heritage Organization.

The group, founded in Dec. 2014, has hosted events for Erdogan, Albayrak and other Turkish government officials. It has hired firms to lobby on its behalf but has not registered as a lobbyist or foreign agent on its own despite seemingly receiving heavy input from Albayrak.

Michael Rubin, a scholar at the American Enterprise Institute, has argued that THO should be considered a foreign agent of Turkey because of some of the activities exposed in the emails.

“A US-based organization worked as a front for the Turkish government without a [Foreign Agent Registration Act]-registration,” Rubin wrote in November.

Danismaz left THO under unexplained circumstances after Albayrak’s emails were published.

One of the emails hacked from Albayrak’s account show what may have been behind his departure.

In a Sept. 8, 2016 email, Ibrahim Uyar, the president the Turkish American Steering Committee, told Albayrak that he and several other members of that group had been interviewed by the FBI about their work for the Turkish government.

“They are accusing me of trying to intervene in American politics on behalf of our president and working as a secret agent in the name of the Republic of Turkey,” he wrote, according to a translation from Turkish.

Danismaz, a TASC board member, was identified in the email as also being interviewed.

Neither Danismaz nor Uyar have responded to requests for comment. WikiLeaks verified the email’s authenticity using DKIM.

The Turkish government’s lobbying focus has shifted in the years since Danismaz’s emails to Albayrak.

In the past, defense issues and opposition to bills calling for the recognition of Ottoman genocide against Armenians a century ago have occupied much of the lobbyists’ attention. Now, Ankara is spending heavily to convince the U.S. government to extradite Fethullah Gulen, a Muslim cleric living in Pennsylvania.

Erdogan blames Gulen for a failed coup attempt that hit Ankara and Istanbul in July.

A law firm called Amsterdam & Partners directs most of Turkey’s Gulen efforts in the U.S. Flynn’s consulting firm, Flynn Intel Group, was also hired to work on the issue. Its contract called for conducting research on Gulen, with an eye on making “criminal referrals” in the matter. Flynn Intel met twice with the House Homeland Security Committee to present whatever information it had, and Flynn himself met with Albayrak and Turkey’s foreign minister in September.

Amsterdam has subcontracted with several other Beltway lobbying and PR firms over the past several years. Mercury Public Affairs, APCO Worldwide and Ogilvy all helped disseminate dirt on Gulen to various U.S. media outlets. Amsterdam recently signed with a firm called Advanced Advocacy to do similar work.

Flynn Intel subcontracted with SGR LLC., another Beltway PR firm, to create a documentary on Gulen and disseminate op-eds and other materials on the cleric. Flynn details much of that relationship to the Justice Department last week when registering as a foreign agent.

Read further coverage of Turkey’s lobbying efforts in the U.S.