A former official with the Democratic National Committee has worked in recent months with a convicted domestic terrorist-turned-activist known as the “Speedway Bomber” to gather information on Donald Trump, The Daily Caller has learned.

That work culminated in a Washington, D.C. meeting in December between the ex-DNC operative, Alexandra Chalupa, the convicted bomber, Brett Kimberlin, and a South Africa-born Israeli man named Yoni Ariel.

Ariel, whose real name is Jonathan Schwartz, traveled to Washington, D.C. to brief Chalupa and Kimberlin on his knowledge of Russia’s activities during the campaign.

Chalupa, an activist of Ukrainian heritage who is strongly opposed to Trump, also directed Ariel to the Justice Department, sources told TheDC.

Sources also informed TheDC that little came of the meetings.

Ariel’s connection to Kimberlin was first reported by BuzzFeed News last week, though Chalupa’s involvement with the bomber-activist is a new revelation.

According to BuzzFeed, Ariel flew to Rome on the third week of January to purchase a set of documents purporting to show that ExxonMobil CEO Rex Tillerson paid Trump’s company more than $1.5 billion in June, seemingly to secure the position of secretary of state in a Trump administration.

Ariel, 60, paid $9,000 for the documents, which included copies of wire transfers and bank documents laying out a transactions involving ExxonMobil and a Chinese mining company.

After receiving the documents from a source unnamed in its report, BuzzFeed determined that the documents were part of an elaborate hoax involving shady businessmen, Italian diplomats, Democratic operatives, Kimberlin and Ariel. 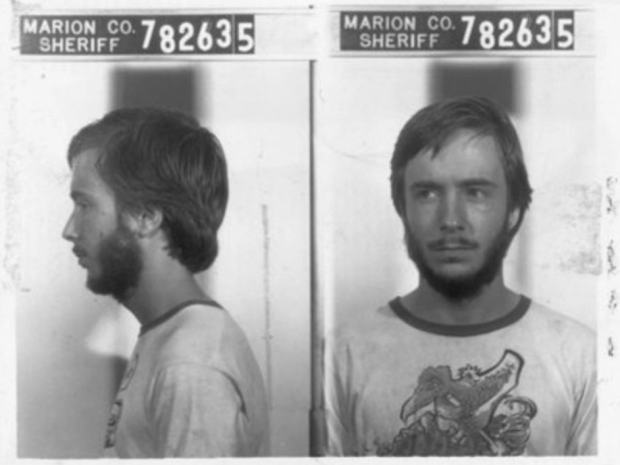 Ariel, believing that the papers were legitimate, informed Kimberlin about the documents, and the convict agreed to pay for the Israeli’s three flights to Rome to procure them. Kimberlin also paid the $9,000 asking price.

Ariel gave the documents to Kimberlin, and, according to BuzzFeed, they were pitched to numerous outlets, including Bloomberg, The Washington Post and The New York Times, by an unidentified associate of Kimberlin’s.

Chalupa is not named in the BuzzFeed report, and Ariel did not discuss the fake papers with her. Instead, Chalupa met with Ariel to discuss Russia’s involvement in cyberattacks during the presidential campaign, a topic on which she had been heavily focused for months.

Ariel was put in touch with Chalupa through an official with Democrats Abroad, a group affiliated with the DNC that organizes expatriates.

“I can neither confirm nor deny that I met with whom I met,” Ariel told TheDC in a phone interview from Israel, though two sources independently confirmed that a meeting occurred.

The Chalupa-Kimberlin connection is surprising given both her prominent position with the DNC and his status as a convicted felon. Indeed, Ariel was surprised that someone formerly with the DNC would work with him.

“I had no idea of Brett’s background until the BuzzFeed article, and when I read it I was sort of surprised,” said Ariel.

“My initial though, why the hell are the DNC people dealing with a guy like this?”

Kimberlin earned the nickname “Speedway Bomber” by setting a string of bombs in Speedway, Indiana in 1978. Though nobody died from the blasts, one Vietnam veteran had his leg amputated due to injuries suffered during one bombing. Carl DeLong, the victim, committed suicide in 1983.

Kimberlin, who is in his early 60s, served 17 years in prison for the bombing spree. He gained more notoriety in prison after he concocted a story about having once sold marijuana to then-Vice President Dan Quayle. The story was propagated by Cody Shearer, a political operative who worked for the Clintons in the 1990s. After being released from prison, Kimberlin has battled conservative activists who have drawn attention to his newfound career as a left-wing operative.

As for Chalupa, she has served in several roles for the DNC while also working as an pro-Ukraine activist. A former staffer in the Bill Clinton White House, Chalupa worked as executive director for Democrats Abroad in the 2000s and as head of the DNC’s national ethnic outreach group during the 2016 campaign. 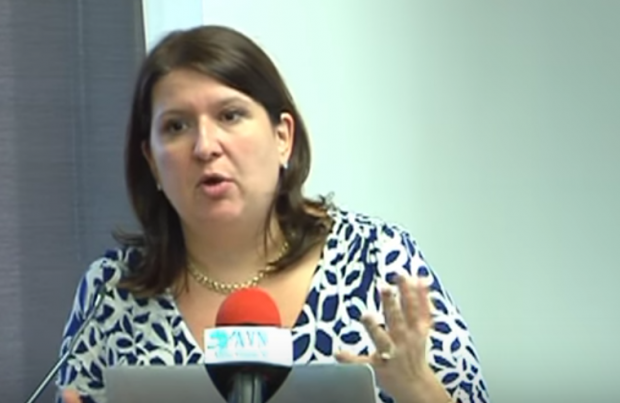 In her spare time, Chalupa organized social media campaigns against Trump. One of those efforts encouraged activists to share the Twitter hashtag, #TreasonousTrump.

Chalupa, who founded the U.S. United With Ukraine Coalition in 2014, also led the DNC’s opposition research into any Trump ties to Russia, according to an essay she recently published at Medium.

Politico reported in January that Chalupa worked with the Ukrainian government to compile and disseminate research on links between Trump, his campaign advisers, and the Russian government.

To help spread that information, Chalupa relied on “a network of sources in Kiev and Washington, including investigative journalists, government officials and private intelligence operatives,” Politico reported.

One of the investigative journalists Chalupa worked with was Yahoo! News’ Michael Isikoff.

In a May 3, 2016 email released by WikiLeaks, Chalupa informed Luis Miranda, the DNC’s communications director at the time, that she had “been working with” Isikoff on stories involving Trump campaign chairman Paul Manafort’s work in Ukraine. She also said she had invited Isikoff to a conference with dozens of Ukrainian journalists to discuss Manafort, a former consultant to Viktor Yanukovych, a former Ukrainian president allied with Vladimir Putin.

Days before Chalupa’s email, Isikoff published an in-depth report on an ill-fated business partnership between Manafort and a Russian oligarch allied with Putin named Oleg Deripaska.

In her email, Chalupa hinted to Miranda of “a big Trump component…that will hit in next few weeks.” She also claimed that she was being targeted in state-sponsored computer hacking attempts because of her research on Manafort.

According to Politico, Chalupa was paid $412,000 for consulting work from 2004 through June 2016. The last payment was made on June 20 for $25,000, records filed with the Federal Election Commission show.

Ariel first got in touch with Chalupa and Kimberlin after Trump won the election, sometime in mid-November. The Israeli noted that he had written articles asserting that Trump colluded with the Russian government to influence the election.

At the time of his first contact with Chalupa and Kimberlin, Ariel had not seen the documents that would later be debunked by BuzzFeed.

The documents soon ended up in the inboxes of several news outlets, but reporters quickly determined that they were rife with errors. Names were misspelled; dates didn’t make sense; the gist of the underlying claim didn’t pass the smell test.

Ariel, who says he once worked with the the anti-apartheid African National Congress, disputed some of the BuzzFeed report. He said that the article portrayed him as the party most responsible for pushing the documents. But he told TheDC that he always had at least some doubt about the veracity of the papers. He also says that he did not send them to news outlets.