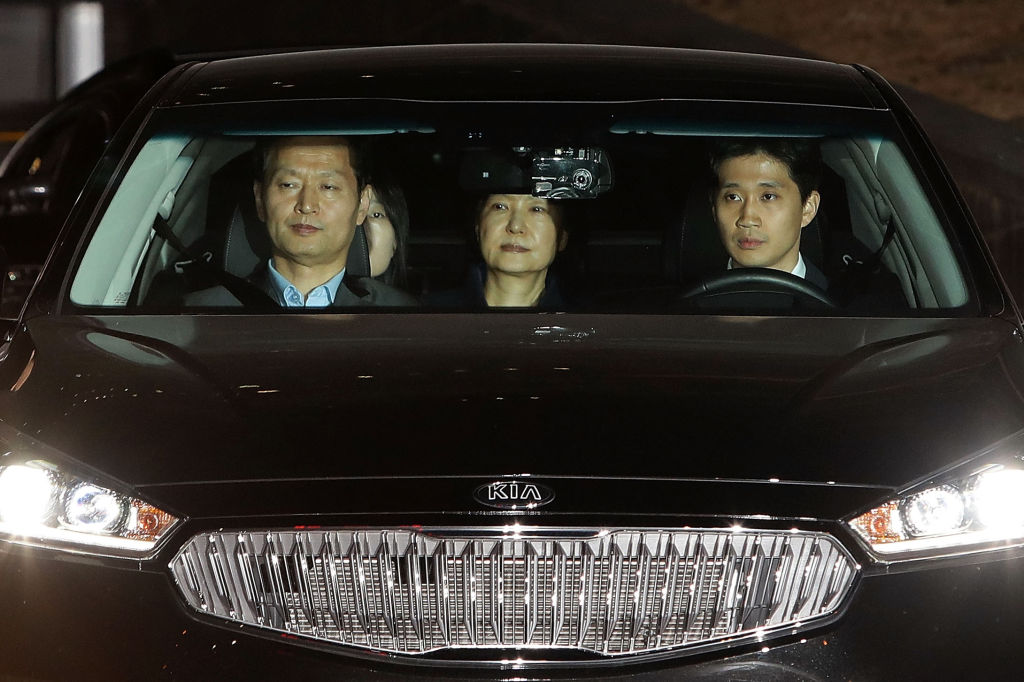 Park Geun-hye drives to a detention after being arrested on March 31, 2017 (Getty Images)

According to Reuters, Park was arrested after the Seoul Central District Court sided with prosecutors, claiming the 65-year-old former president posed a flight risk and could potentially tamper with evidence involved in the ongoing investigation.

Park is accused of colluding with friend and advisor Choi Soon-sil of soliciting donations from Korean businesses, most notably Samsung, to foundations friendly to Park’s legislative agenda in exchange for political favors. 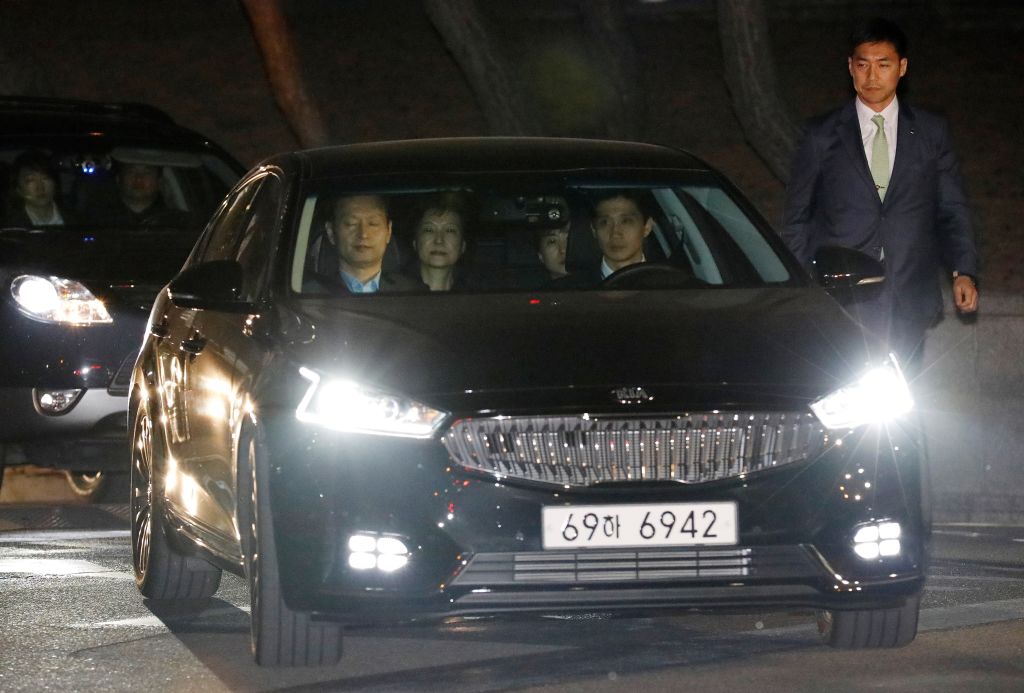 Park Geun-hye drives to a detention after being arrested on March 31, 2017 (Getty Images)

Choi was arrested in November 2016, allowing a special task-force investigating her influence over the president to gather enough evidence to force Park’s impeachment in December.

The warrant for her arrest dictates she be held for 20 days, which prosecutors will use to continue to build a case against the disgraced politician.

Park’s scandal bears a striking resemblance to the investigation into the Clinton Foundation’s Global Initiative, which was found to have accepted millions of dollars in donations as a gateway fee for political access to then-Secretary of State Hillary Clinton.