Democrats are blasting Republicans for failing to repeal and replace Obamacare after campaigning against the law for nearly seven years, although it took their own party more than 20 years to successfully pass health care reform.

The party is of course right to say Republicans have had seven years to figure out how to follow through on their promise to repeal and replace Obamacare, a long time in some respects. Yes, seven years is a substantial length of time. But a review of the Democrats own path to overhauling the health system is a reminder that major policy changes can take decades, and require persistence in spite of legislative defeats along the way.

Trump and Republican leadership are getting roasted, in some ways rightfully so, for failing to repeal Obamacare in the president’s first three months. But that’s actually half the amount of time it took Obama’s administration to put forth the first iteration of Obamacare.

Let’s take a walk back to the beginning of the Democrat push to overhaul health care that would result in the passage of Obamacare some two decades later.

The 1980s ushered in health care as a point of debate in U.S. politics, after a slew of research revealed rising costs and broadening gaps in the American health care system. Academics and policy advisors called on lawmakers to curb those trends, and install some cost-effective reforms that would both expand insurance coverage and increase quality of care for millions of Americans.

By 1991, Democrats were capitalizing on the problems with the American health care system, promising major reforms in order to galvanize support behind their Party and win elections. That year former Sen. Harris Wofford of Pennsylvania led the charge for the Democrats, running his campaign for the U.S. Senate on the promise of reforming health care — a point he continued to champion throughout his one-term in Congress.

Wofford’s victory was an upset, and he trounced the former Attorney General Dick Thornburgh by 12 percent of the vote. That upset demonstrated, to both Republicans and Democrats, the health care issue’s power as a political tool.

The 1992 democratic presidential nomination brought health care to the largest stage in American politics. Former Democratic Gov. and Sen. Bob Kerrey of Nebraska ran against former President Bill Clinton, pledging to sign an unbridled version of universal health care into law. Kerrey was in favor of doing away with private insurance, raising taxes by over $200 billion, and instituting a government-financed system. The former senator called it “the only real solution.”

Clinton took a more tempered stance by promising his own version of universal coverage, which included an employer mandate, government-backed health coverage for the unemployed, and public-private partnerships to provide discounted insurance packages.

Just five days after taking the oath of office, Clinton appointed then-first lady Hillary Clinton to head a Task Force on National Health Care Reform on Jan. 25, 1993. The task force would draft legislation to work as a basis for the president’s overhaul of the industry. 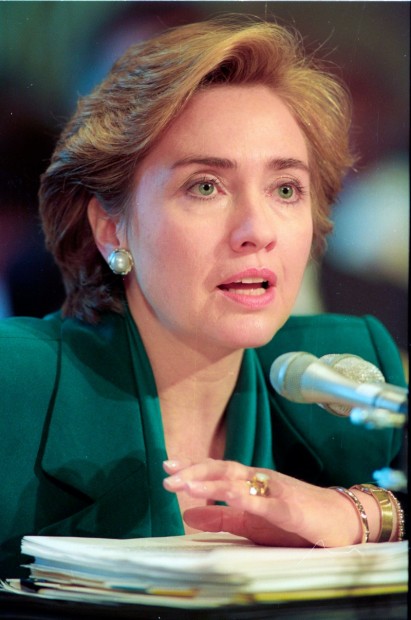 Over the course of the next year, the Clinton administration and Hillary Clinton attempted to sell their proposal to Congress, to the American people and to big business.

On the congressional front, the administration was met with some staunch opposition. Democrat Rep. Jim Cooper of Tennessee and former Democrat Sen. John Breaux of Louisiana put forth their own proposals, which undermined key aspects of the Clinton plan. And the Business Roundtable, an association of chief executive officers of leading U.S. companies, eventually threw its support behind Cooper’s plan, marking the first nail in the coffin for the Clinton’s.

The medical industry also stood against the bill. Non-profit group Citizen Action reports that hospital systems, insurance companies, drug companies and doctors spent in excess of $26 million lobbying members of Congress to vote against the measure in 1993.

The Clinton administration, embattled with debates on NAFTA, criminal investigations regarding congressional leadership and major foreign policy decisions, realized that health care reform did not have the support it needed to pass. By August, 1994, health care reform had taken a back seat. Their failure to pass the promised health care reforms was a major set back, and a boost for conservatives in Congress for nearly two decades. 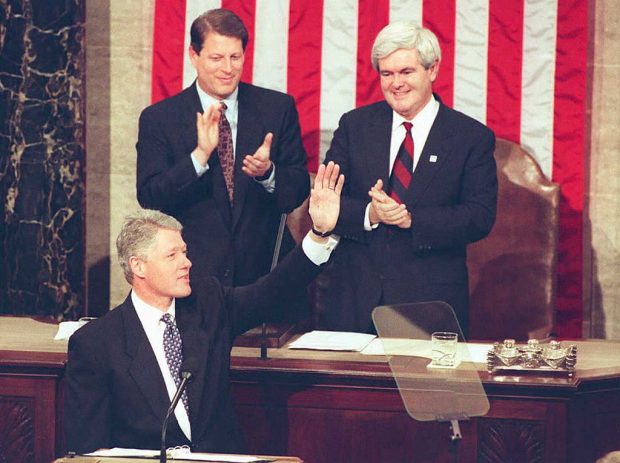 Former Secretary of State Hillary Clinton later wrote in her 2003 autobiography “Living History”: “Our most critical mistake was trying to do too much, too fast. That said, I still believe we were right to try.”

In 2003, nearly ten years after Clinton and the Democrats first pushed for health care reform, a young Senator from Illinois, Barack Obama, brought the subject once again to the national stage. While fundraising for his first Senate bid at an event hosted by the AFL-CIO, Obama expressed his support for reforming the U.S. health care system into a single-payer model. Obama told the crowd, “I happen to be a proponent of a single-payer universal healthcare plan.”

Obama campaigned for the presidency in 2008, much like Wofford and Kerrey had in the early 90s, on reforming health care.

A few years into his first-term in the Senate, while angling for a run at the presidency, Obama starting bringing back the idea of universal health coverage. “My commitment is to make sure that we have universal healthcare, for all Americans, by the end of my first term as president,” Obama said at a health care forum in 2007. (RELATED: Obama, Health Official Already Floating Public Option As A Solution To Fix Obamacare)

Obama took office in 2009 with the goal of upending the private insurance market and passing the first major health care reform legislation of the modern era. “Let there be no doubt,” the former president said in his first address to Congress in February, 2009. “Health care reform cannot wait, it must not wait, and it will not wait another year.”

In total, it took the Obama administration 18 months, or 427 days, to pass the Affordable Care Act, also known as Obamacare. The landmark legislation was signed into law by the president on March 23, 2010. During that period, the bill faced some significant obstacles, ultimately forcing Obama to falter on his commitment to pass the reforms within the first year of his presidency. 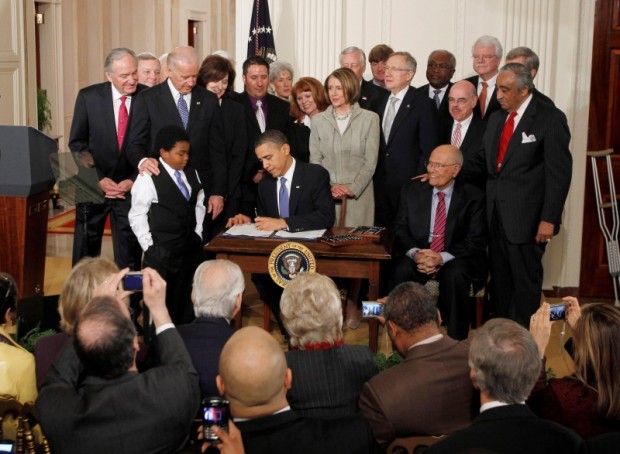 Conservative groups ardently opposed the measure, believing it to be an example of massive government overreach into the private sector. Lawmakers forced the administration to reconsider the proposal, calling into question two amendments to include a government-run public option in the insurance marketplace. While the Obama administration and Democrats were able to safely maneuver through the various roadblocks, Obamacare took another four years to come into full effect.

Just over a year later, the 11th Circuit Court of Appeals rules on Aug. 12, 2011, that parts of Obamacare were unconstitutional. Then after a three-month long battle, the U.S. Court of Appeals ruled on November 8 that the law is constitutional. The Supreme Court agrees to hear a challenge to the ruling on November 14, after 26 states filed a petition.

Following three days of oral arguments and three months of deliberation, the Supreme Court rules in Obamacare’s favor on June 28, 2012, solidifying the legislation as the law of the land.

It took another two years for Obamacare to take full effect. So Obamacare was not fully operational until 2014, some six years after Obama took office and promised health care reform within a year.

Now Speaker of the House Paul Ryan and Trump are criticized by members of their own Party for biting off “more than they could chew” with their hasty roll out (64 days into Trump’s first-term) of the American Health Care Act. Without taking away from legitimate criticism of their handling of the repeal effort, which was indeed a humiliating defeat, it’s worth keeping in mind the decades that ultimately went into Obamacare before pronouncing a final judgment on the Republican effort to get rid of the law.