The White House said Russia is involved in a “sophisticated disinformation campaign” to help cover up Syrian regime culpability for the deadly chemical attack last week that left at least 80 people dead.

A senior administration official who briefed reporters Wednesday said it is “very important for us to call out Russia over their sponsorship of the Syrian regime.” 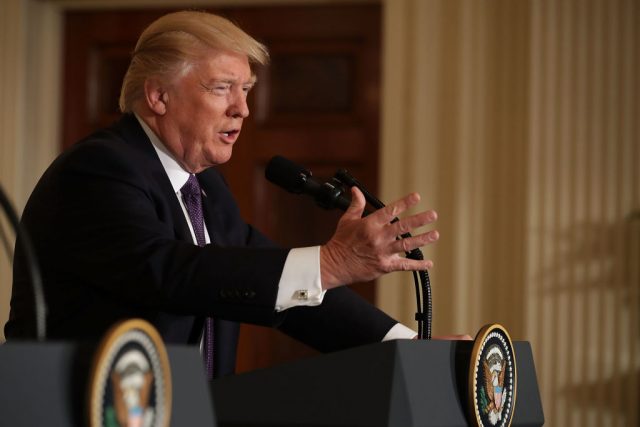 “After the summit [with Chinese President Xi Jinping], it became clear that Russia was not playing a constructive role in the wake of the Syrian regime’s attack,” the official said. “Russia is engaged in a very sophisticated propaganda and disinformation campaign that is designed to allow the Assad regime escape responsibility.”

“We responded, along with friend and allies, in a way that made it clear that Russia was extremely isolated on this issue and on the issue of Syria broadly and the behavior of the Assad regime.”

“It wasn’t just us — it’s the entire international community holding the Assad regime and its sponsors responsible for the chemical attack and indiscriminate mass murders.”

The official added that this is an opportunity for Russia to “move towards a resolution of the Syrian war” and that, “based on Russian interests in Syria,” there is no reason to weaken Syria.

“We owe it to humanity, we owe it to the Syrian people to do everything we can to allow Russia to play a productive role.”

“I would like to think that they didn’t know, but certainly they could have,” he said. “They were there, so we’ll find out.”