Two Secret Service agents have reportedly been fired in relation to an incident last month when a California man scaled the fence and roamed the White House grounds for nearly 20 minutes. 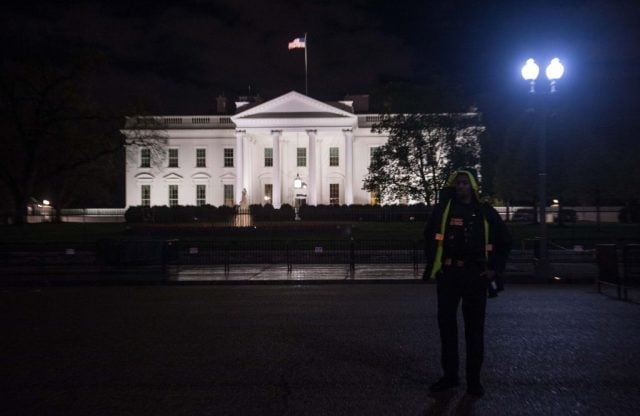 The two agents who have been fired had been on the job for less than a year and were assigned to guard posts located at the Treasury Building and an entrance on East Executive Avenue when 26-year-old Jonathan Tran scaled multiple fences, set off alarms and wandered around the White House for 17 minutes before anyone stopped him in mid-March.

“The Secret Service review of the March 10 incident is ongoing,” a spokesman said in a statement Thursday. “The Secret Service continues to take appropriate actions based upon findings of the mission assurance review. We do not comment on personnel actions. However, all Secret Service personnel are held to the highest standards of professional and ethical conduct.”

Tran was carrying a backpack with two cans of pepper spray inside, and Donald Trump was in the executive residence at home at the time.

“The service did a fantastic job,” Trump said of the incident the next day. “It was a troubled person. It was very sad.”