Donald Trump’s approval rating may be on the rise.

According to the results of the latest poll from Rasmussen Reports, 50 percent of voters approve of the president’s performance in office so far. This is the first time his approval rating has been this high in weeks. 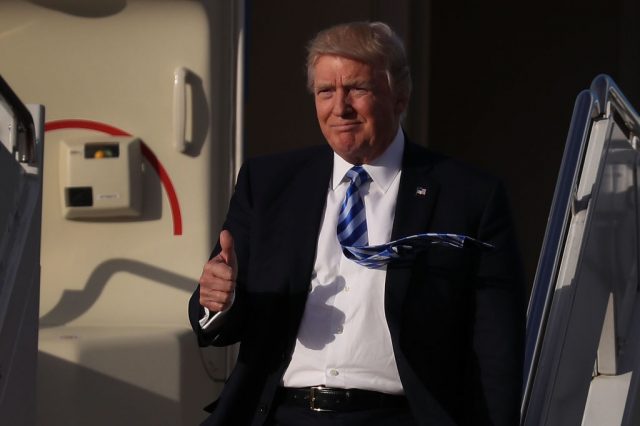 It’s worth noting that the results of the Rasmussen poll have differed vastly from other polls, including Gallup and Reuters, which currently have Trump’s approval rating between 41 and 44 percent.

The lowest it has ever been in the Rasmussen poll is 42 percent.

The same poll — which surveyed an estimated 1500 voters — also found that 37 percent of voters think the military should use force on North Korea to prevent the country from expanding its nuclear arsenal.

In early April, the military launched 59 cruise missiles at a Syrian military airfield after a chemical attack in the country left at least 80 people dead. Then this week the U.S. military dropped the “mother of all bombs” — the biggest non-nuclear weapon — on an ISIS cave complex in Afghanistan. (RELATED: Pence Warns North Korea By Reminding Them What The U.S. Did In Syria And Afghanistan)