The number of Americans who believe that Donald Trump will follow through on the promises he made on the campaign trail is dwindling. 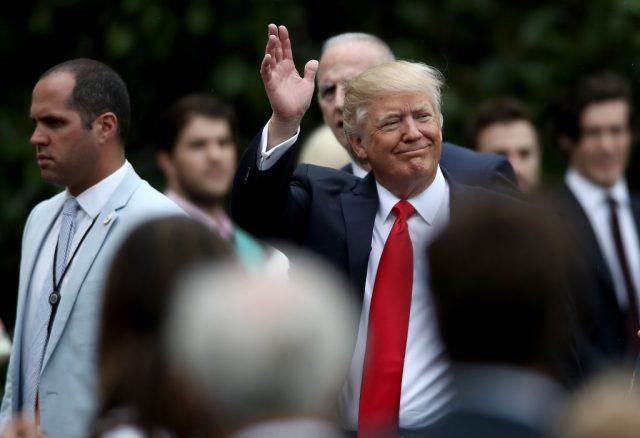 According the results of the latest Gallup poll, only 45 percent of voters think the president will keep his promises while in office. That number has fallen sharply from February, when 62 percent of voters said they thought he would keep them.

The decline in faith that he would follow through on his pledges spanned across demographics — women, men, liberals, moderates and conservatives.

That same poll — which surveyed 1,019 adults nationwide — found that 36 percent of voters find Trump “honest and trustworthy” while 52 percent agree he is “a strong and decisive leader.”

Though only 45 percent of people who were surveyed by Gallup approve of the job Trump has done in office so far, his approval rating is five percent higher in the Rasmussen Reports poll. (RELATED: Trump’s Approval Rating Hits 50 Percent In Rasmussen Poll)