Vice President Mike Pence broke from his schedule Monday morning and took an unannounced trip to the Korean Demilitarized Zone.

Though other top ranking U.S. officials have visited the DMZ in the past, Pence actually ventured outside and stared down North Korean troops. 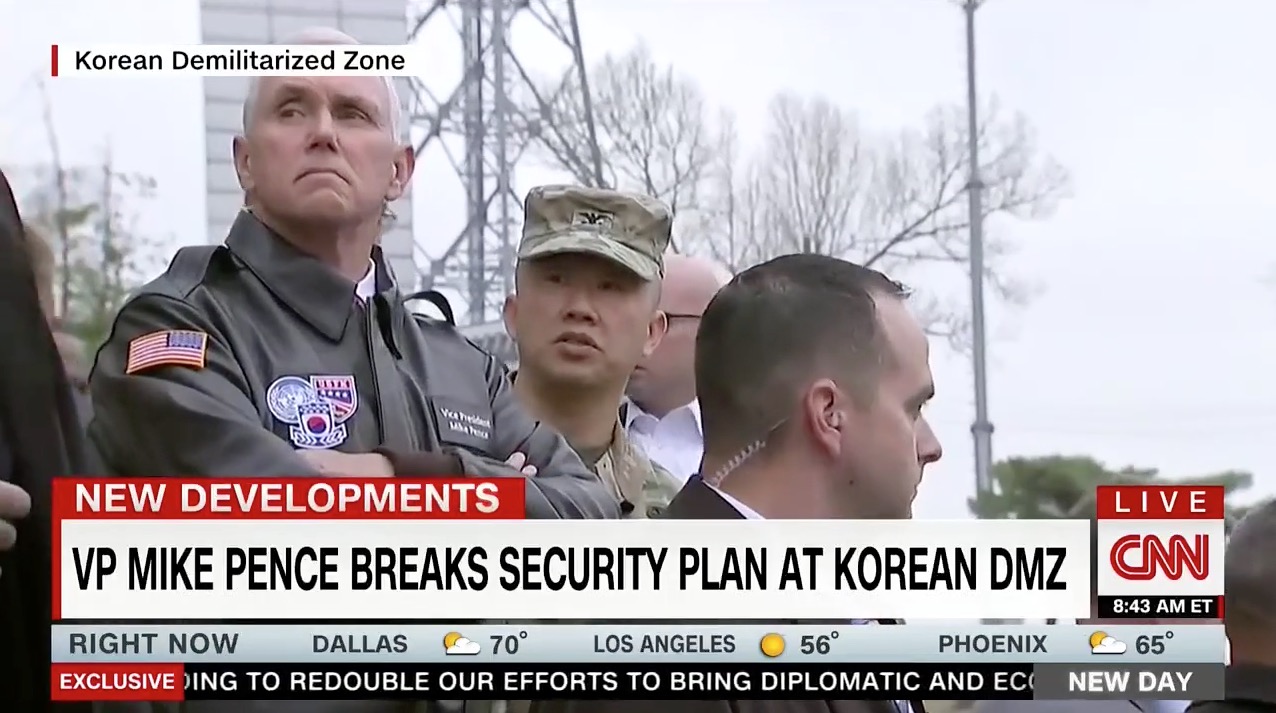 “Just in the past two weeks, the world witnessed the strength and resolve of our new president in actions taken in Syria and Afghanistan,” Pence said beside South Korea’s acting president Hwang Kyo-ahn. “North Korea would do well not to test his resolve — or the strength of the armed forces of the United States in this region.”