President Trump congratulated Erdogan on victory, while both the State Department and White House spokesman Sean Spicer mentioned the preliminary findings by the Organization for Security and Co-Operation in Europe (OSCE), which found that there was an “unlevel playing field” ahead of the vote.

The referendum was conducted under a state of emergency following a coup last year, and opposition parties were not allowed to hold rallies. 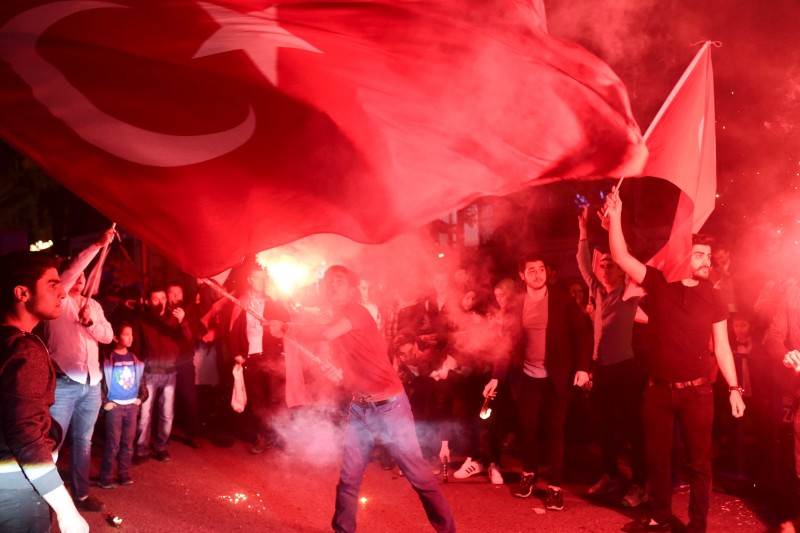 “We thank the OSCE Referendum Observation Mission for its important work and note the concerns detailed in its preliminary assessment of the conduct of the vote and campaign. Those concerns include observed irregularities on voting day and an uneven playing field during the difficult campaign period, which took place under a state of emergency,” the State Department said in a statement. “We look forward to OSCE/ODIHR’s final report, which we understand will take several weeks.” 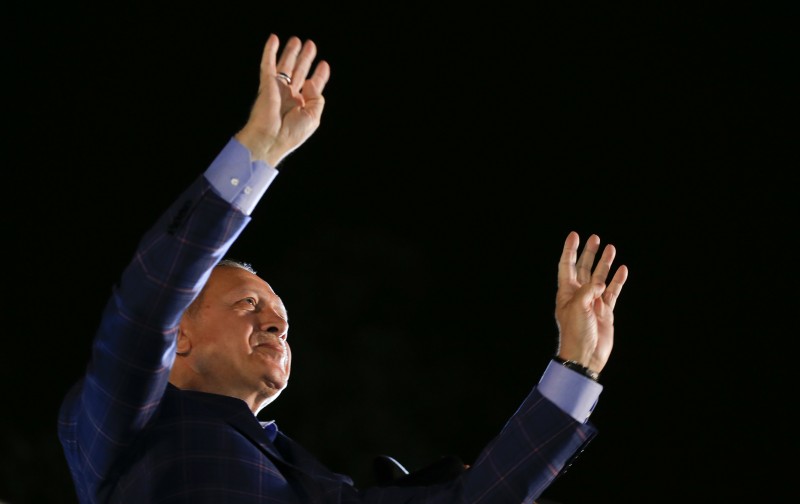 Spicer echoed these remarks, and said at the press briefing Monday that his “understanding is there’s an international commission that is reviewing this and issues a report in 10 to 12 days.  And so we’ll wait and let them do their job.”

Erdogan responded to the OSCE report by telling them to “know your place.”

A Monday night statement from the White House said that Trump congratulated Erdogan on his victory and didn’t mention the election observers.

The referendum allows the Islamist-leaning president to have the power to dissolve Turkey’s parliament and have control over his country’s judiciary.