Donald Trump said Iran is “not living up to the spirit” of the nuclear deal that was struck under the Obama administration.

The president made the remark in during a joint press conference with the prime minister of Italy Paolo Gentiloni at the White House Thursday — just hours after the administration notified Congress that Iran is complying with the terms of the 2015 agreement.

"Iran has not lived up to the spirit of the agreement," President Trump says in joint news conference https://t.co/kz5dXsIUAv

“I’m all for agreements, but that is a bad one,” Trump said. “They are not living up to the spirit of the agreement — I can tell you that. We are analyzing it very closely and we will see what happens.” (RELATED: Tillerson: U.S. Is Conducting ‘Comprehensive Review’ Of Iran Nuclear Deal)

“Iran has not lived up to the spirit of the agreement.” 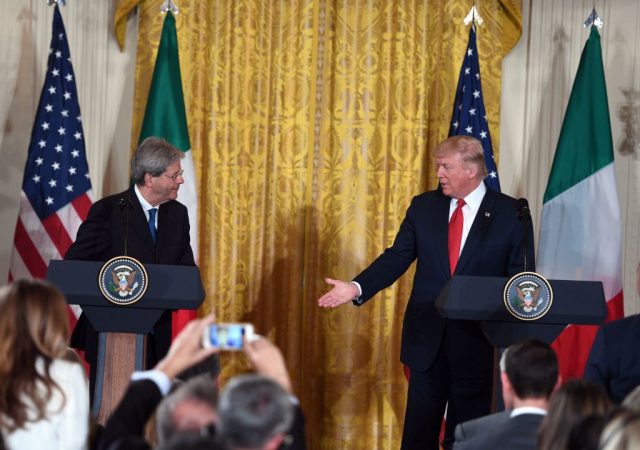 “We’re in a role everywhere.”

President Trump says he does not see a role in Libya but does see one “in getting rid of ISIS” https://t.co/1UzKe9wEpa