Republican Florida Rep. Ileana Ros-Lehtinen, the first Cuban-American elected to Congress and the longest-serving Republican congresswoman, announced Sunday that she will not seek re-election in 2018.

“After more than three-quarters of my adult life in elected public service more than 38 years by the next election — I am confident that my constituents would extend my term of service further should I seek to do so,” Ros-Lehtinen said in a statement to The Miami Herald. “But, we must recall that to everything there is a season, and time to every purpose under the heaven. The most difficult challenge is not to simply keep winning elections; but rather the more difficult challenge is to not let the ability to win define my seasons.”

She continued on to say that she will finish her term and later hopes to spend more time with her grandchildren and influence public life in different ways. Ros-Lehtinen is the second Republican representative to announce their retirement in the past few weeks. Unlike Utah Rep. Jason Chaffetz, however, Ros-Lehtinen serves in a congressional district that Hillary Clinton won. 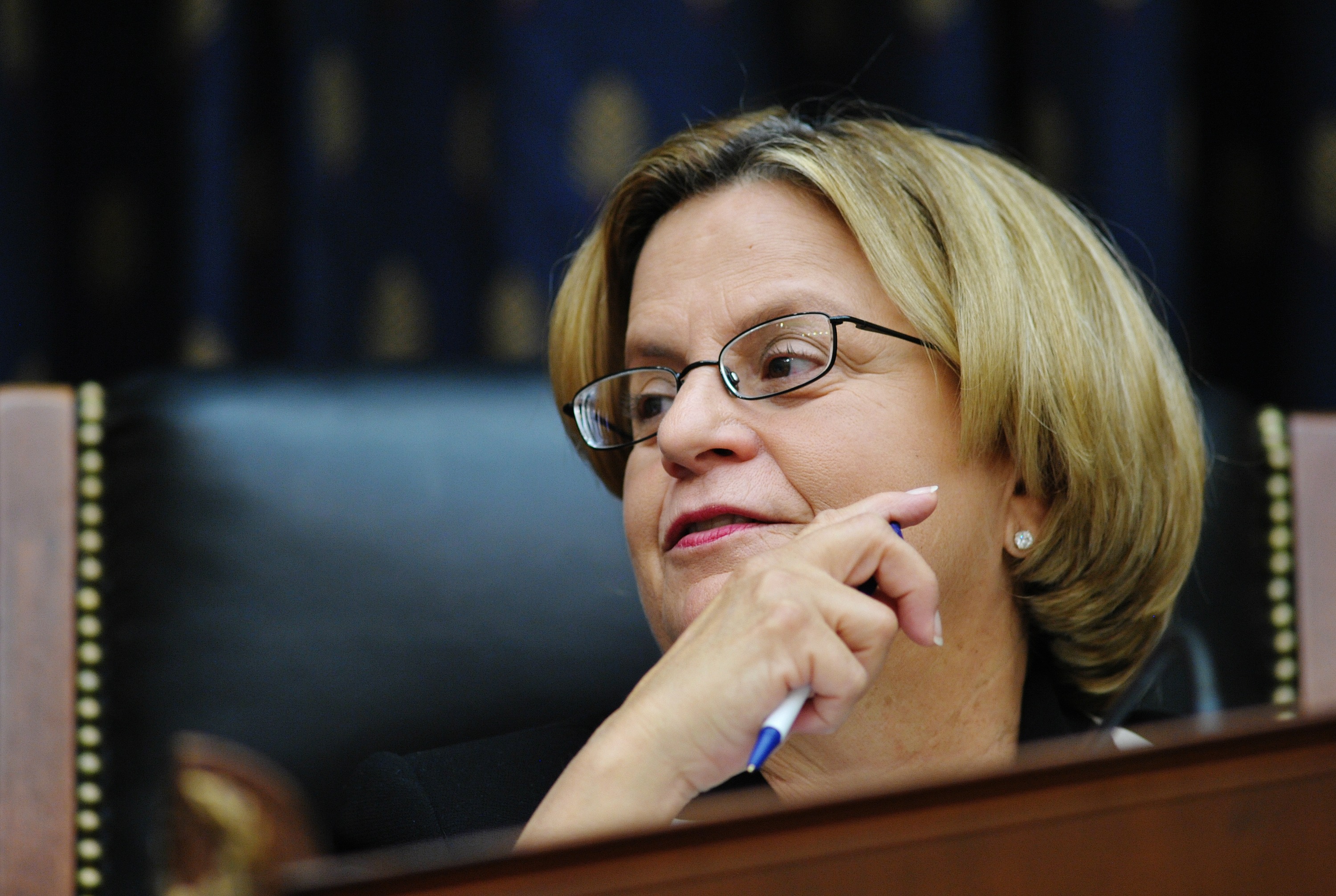 The Democratic nominee won Florida’s 27th Congressional district, which represents several cities in the Miami metro area, by 20 percent. Ros-Lehtinen is a moderate who said she didn’t vote for President Trump and has advocated for transgender rights.

She was first elected in 1988 after a career in the Florida state legislature and spent much of her time in Congress focused on foreign affairs. Ros-Lehtinen was the first Hispanic woman to chair the House International Committee, now known as the the House Committee on Foreign Affairs.

“As Chairman of the Committee on Foreign Affairs and now Chairman of the Subcommittee on Middle East and North Africa, I have stood with the oppressed around the world and fervently against the dictatorial regimes that abuse and attempt to silence the brave men and women who seek their God-given human rights,” the congresswoman said in her statement to the Herald. The late Cuban dictator Fidel Castro dubbed her the  “la loba feroz” or “the big bad she-wolf.”

Ros-Lehtinen’s influence in Florida politics runs deep, as Jeb Bush served as her campaign manager when she first sought federal office, and Sen. Marco Rubio once interned for her. 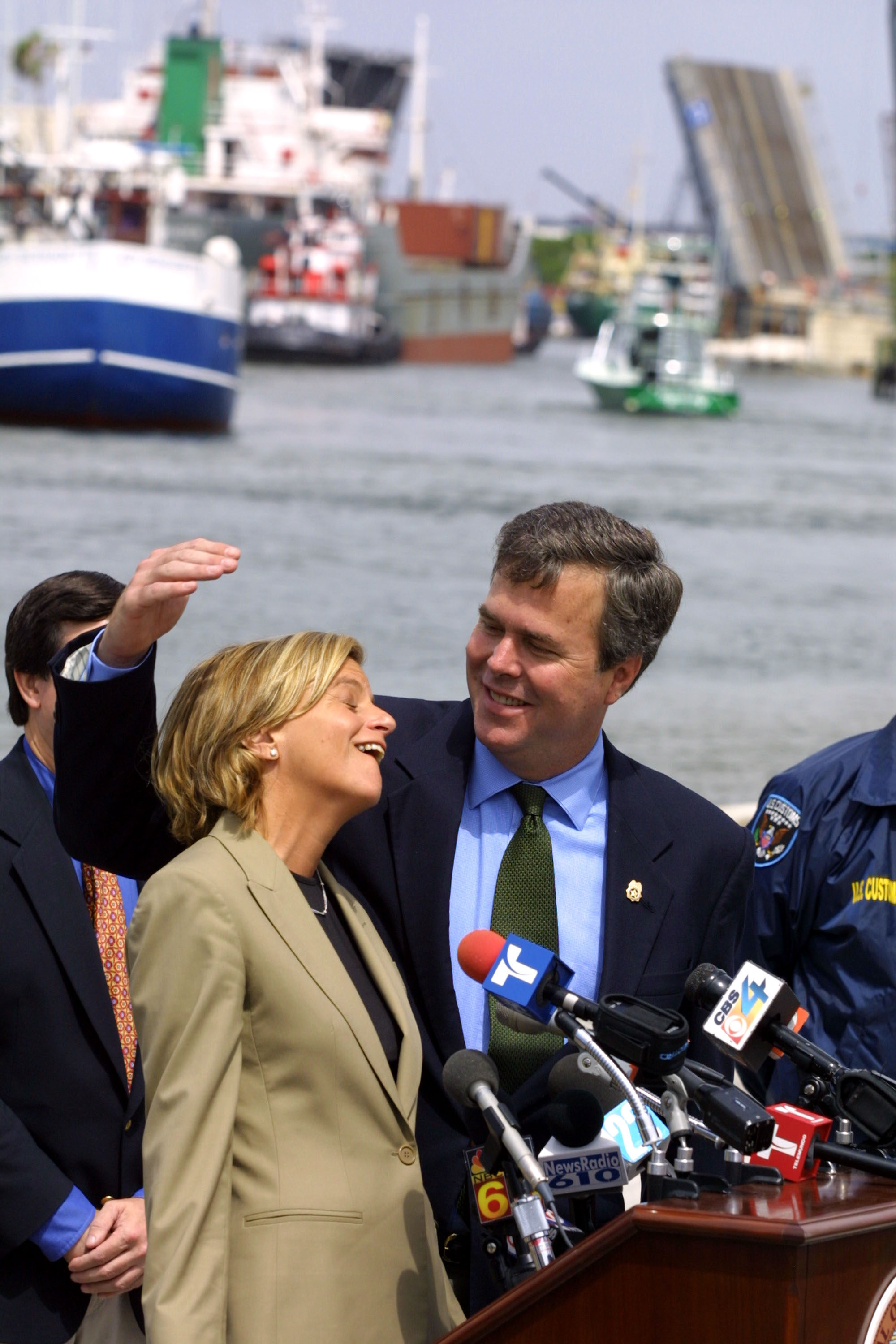 Republican Florida Congresswoman Ileana Ros-Lehtinen and Florida Governor Jeb Bush share a light moment as Ros-Lehtinen has to use a small ladder to get high enough to speak into the microphones during a press conference May 8, 2001 along the Miami River. The press conference was held to applaud the efforts of federal, state and local law enforcement for the progress being made in Operation Riverwalk in Miami, Florida. The operation is a minimum two-year law enforcement action which seeks to eliminate the drug trade on the Miami River. (Photo by Joe Raedle/Newsmakers/Getty Images)

House Speaker Paul Ryan said in a tweet that “Ileana Ros Lehtinen is a force. Voice for the voiceless & vulnerable. First Hispanic woman in Congress. Such a privilege to serve with her.”