A government letter explaining the decision to bar the legendary VHS action hero from Ukraine was published by the Ukrainian news website Apostrophe.

“The decision to ban entry to Ukraine is made when there is sufficient information” that the person has “committed socially dangerous actions (irrespective of the territory of its commission) which contradict the interests of ensuring Ukraine’s security,” the letter, dated April 27, says.

A Ukrainian security service spokesman confirmed that Seagal, 65, is now outlawed from the Eastern European nation for half a decade, according to The Guardian. 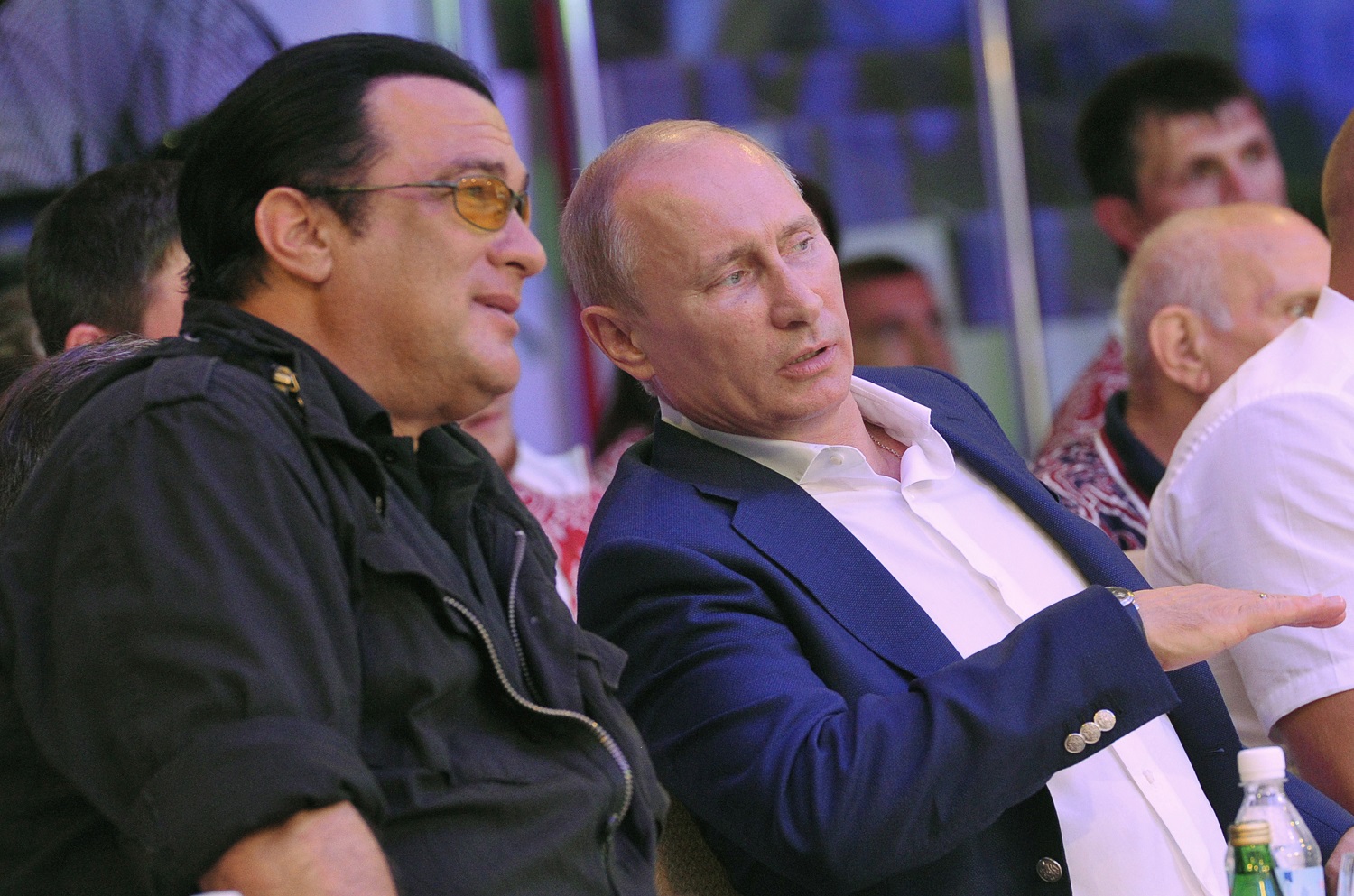 The ban comes a little over year after Russia bestowed Russian citizenship upon the flamboyant B-movie colossus — and 7th-dan black belt in Aikido.

Seagal, the star of “Marked for Death” and “Under Siege 2: Dark Territory,” has previously dined on carrots with Alexander Lukashenko, the quasi-dictator of Belarus, an inconsequential former Soviet satellite.

The “Born to Raise Hell” actor also described Russia’s invasion of the Ukrainian territory of Crimea as “very reasonable,” according to The Guardian.

In 2014, the Steven Seagal Blues Band — which actually exists — played at a concert for pro-Russia separatists in the Crimean Peninsula city of Sevastopol. A biker club sponsored the concert. The stage behind Seagal featured the flag of the separatists.

Seagal said Putin is “a friend and I’d like to consider him a brother,” according to The Guardian.

In addition to Seagal, Ukraine has already banned Gérard Depardieu, the French actor, and dozens of Russian celebrities.