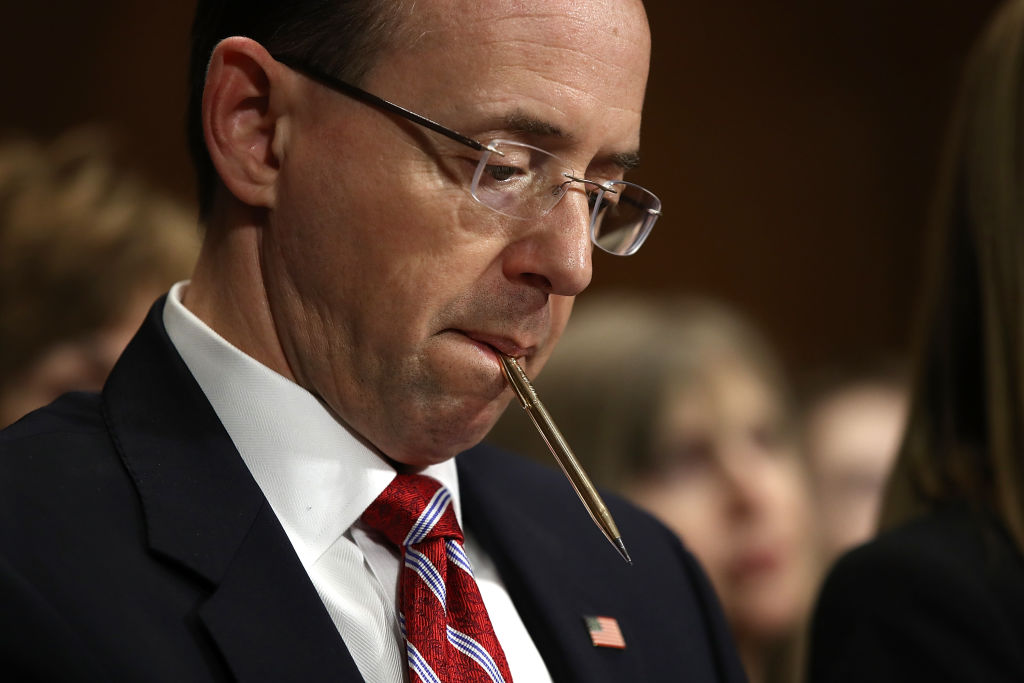 President Trump fired Comey last Tuesday. Rosenstein, who took office on April 26, wrote a letter recommending that Comey be removed from office over his handling of the Hillary Clinton email investigation.

Rosenstein, a former federal prosecutor from Maryland, has come under heavy criticism from Democrats for writing the letter. Some Democratic lawmakers have called for him to completely recuse himself from the ongoing investigation into potential ties between the Trump campaign and Russian government.

Rosenstein is overseeing that investigation because Sessions recused himself from the matter.

The two Justice Department officials have reportedly been interviewing candidates to replace Comey, who was fired unceremoniously while giving a talk in Los Angeles.

Rosenstein will likely be pressed by senators on Thursday over his interactions with the White House leading up to Comey’s firing. He and Sessions met with Trump last Monday, the eve of Comey’s ouster. Rosenstein was reportedly unhappy with the White House portraying him as the catalyst for Comey’s firing. The Wall Street Journal reported that he threatened to resign, though Rosenstein himself denied that he considered stepping down.