Undercover investigators spent two years visiting alligator trade shows and embedding with the illegal trafficking ring to gather evidence against the nine men, who are being charged with a total of 44 counts ranging from racketeering, forgery and unlawful possession of alligators, according to CBS News.

Investigators documented that four of the men illegally harvested 10,000 alligator eggs, which sold for around $70 each. Full-grown alligators are worth around $10,535 each, according to a USA Today analysis of the legal alligator trade, making the state’s alligator industry worth about $13.7 billion. Florida has around 90 licensed alligator farms.

Several of the men charged were documented transporting alligator carcasses under tarps in the bed of pickup trucks. 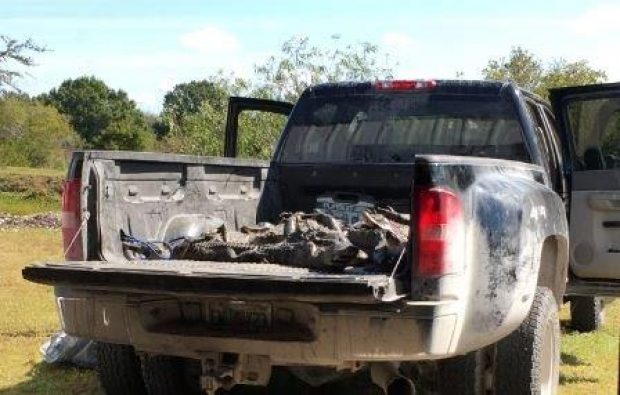 Another man charged once captured a 9-foot alligator in the swamp, then texted a client who paid $2,000 to come out and kill the beast.

“Many of these suspects were part of a criminal conspiracy,” Maj. Grant Burton, head of Florida Fish and Wildlife’s Investigations Section, said in a statement. “Their crimes pose serious environmental and economic consequences. These suspects not only damage Florida’s valuable natural resources, they also harm law-abiding business owners by operating black markets that undermine the legal process.”