A BBC reporter kicked off an international firestorm Saturday morning when he claimed that Trump chose not to listen to a translation as Italian Prime Minister Paolo Gentiloni was speaking at the G7 summit.

BBC diplomatic correspondent James Landale tweeted a “short clip that sums up” the summit, attaching a video he claimed showed Trump had “chosen not to hear a translation of his Italian host’s speech.” From the clip Landale tweeted, Trump appeared to be the only world leader not listening to a translation through headphones.

A short clip that sums up this G7 summit: look who has chosen not to hear a translation of his Italian host’s speech #G6 pic.twitter.com/6pXbBlfvof

Journalists around the world quickly ran with the story that Trump was snubbing his foreign counterparts, using the one tweet as evidence. Landale’s tweet, meanwhile, was quickly shared thousands of times across Twitter.

UK newspaper The Mirror ran a story titled “Donald Trump ‘caught pretending to listen’ at G7 summit – after crucial mistake ‘gives him away'” that was based entirely off of Landale’s tweet.

German newspaper Der Spiegal ran a similar story, claiming Trump was disinterested in what Gentiloni had to say. The evidence for that story, too, consisted of Landale’s one tweet.

There’s just one problem: Trump was listening to the speech through an earpiece in his right ear, according to press secretary Sean Spicer. “As usual [President Trump] wears a single ear piece for translation in his right ear,” Spicer said on Twitter.

In other photos from the summit, Trump can indeed be seen wearing an earpiece in his right ear. 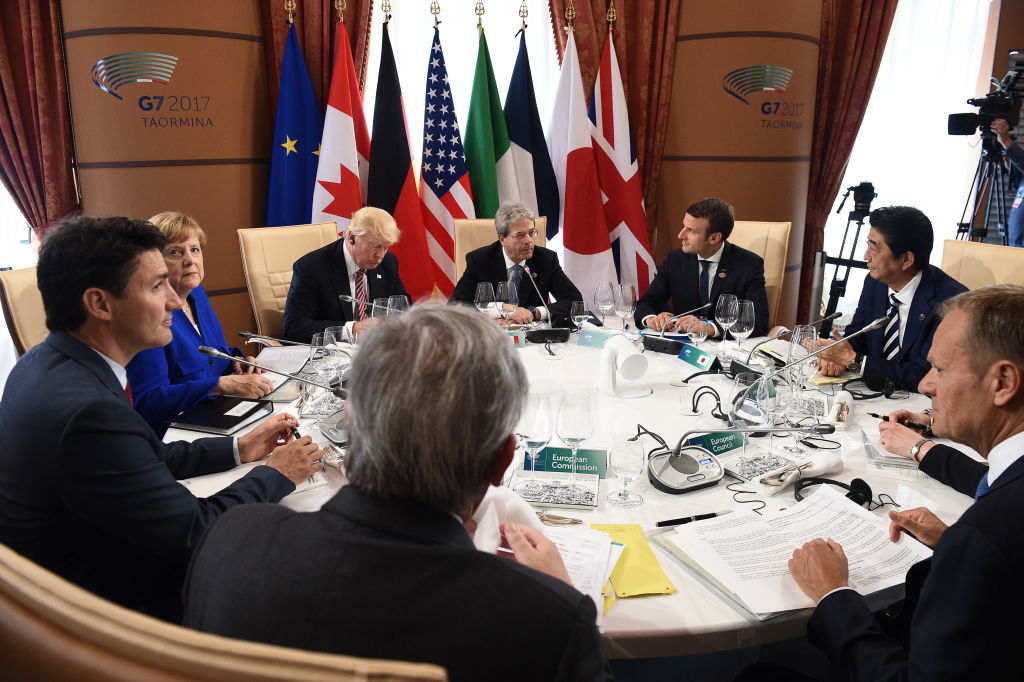 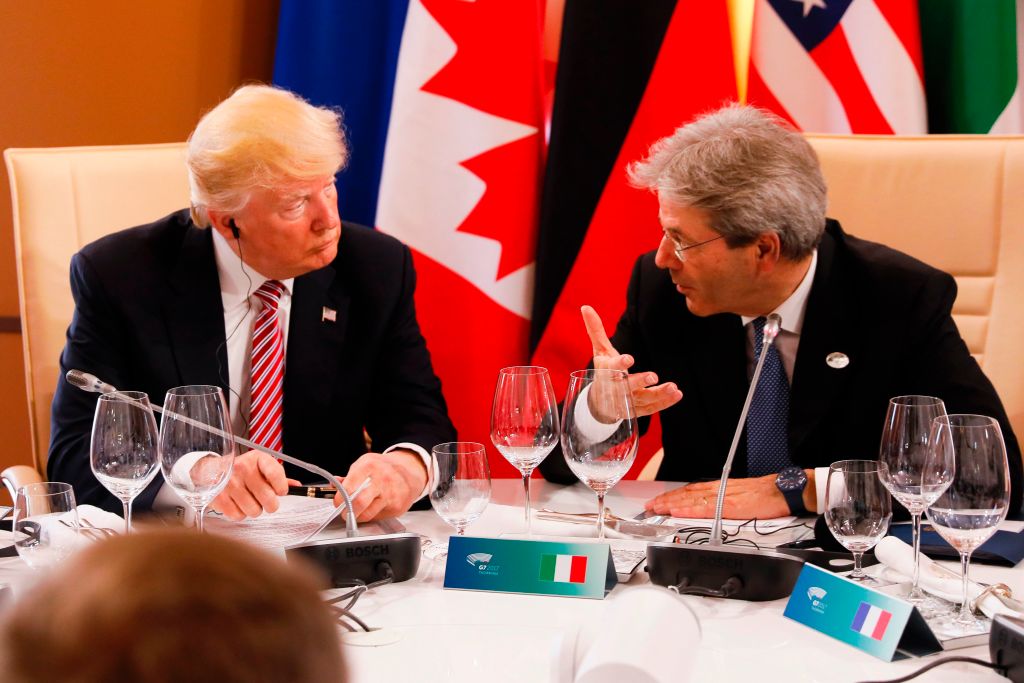 U.S. President Donald Trump (L) listens to Italian Prime Minister Paolo Gentiloni as they sit around a table during the G7 Summit of the Heads of State and of Government in Taormina, Sicily, on May 26, 2017. / AFP PHOTO / POOL / JONATHAN ERNST