This is what I get for falling asleep before midnight. I don’t have a lot in common with the 45th President of the United States, but we’re both Twitter addicts. And very early this morning, he tweeted this:

And now everybody’s going insane. Or, more accurately, they’re continuing to be insane. #Covfefe is now the top Twitter trending topic worldwide, and the memes are flying.

"And just before you serve it, you hit it with a dash of #Covfefe" pic.twitter.com/fm9CAF4Iyz

I told the barista very clearly my name was Coverage #covfefe pic.twitter.com/N1zni9gKIV 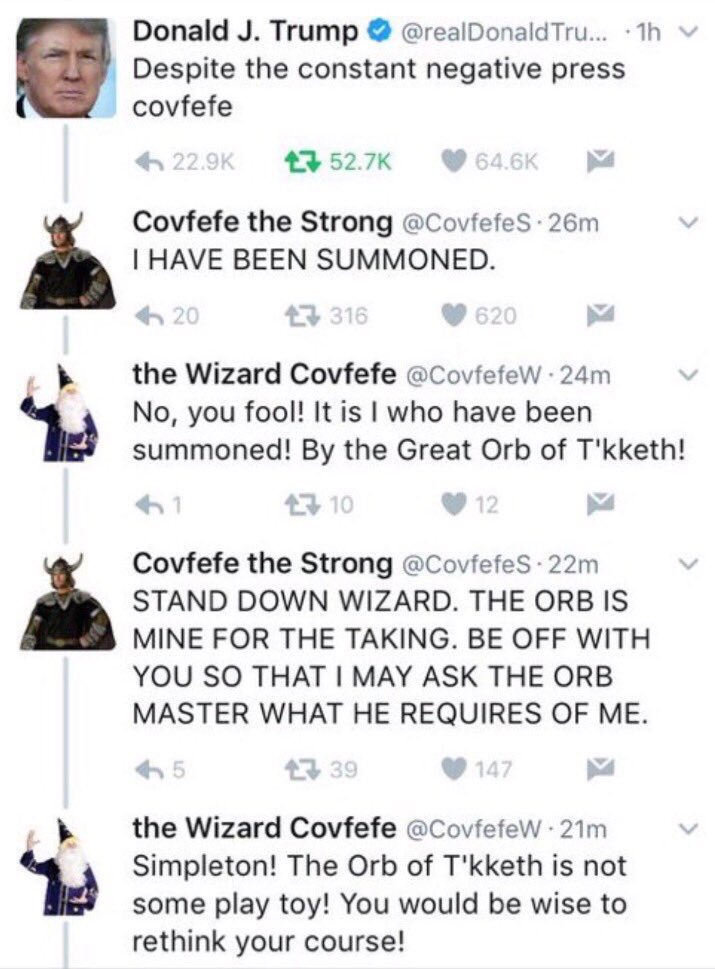 You are standing in an open field west of a white house, with a boarded front door.
There is a small mailbox here.

Etc. Might as well have fun with it, right?

Look, I don’t like that the President of the United States is blurting out every little thing that crosses his mind, 24 hours a day on the Internet. That seems like a bad idea. But then, I’m also in the anti-anti-Trump camp, so I enjoy the way he drives everybody nuts. They still can’t accept that he won, they can’t believe any of this is happening even though They’re With Her, and it’s fun to watch them gibber and climb the walls.

I’ve accepted it, and now there’s a word for that feeling: covfefe.