Remember “covfefe”? Those were some good times, weren’t they? Well, they don’t have to end. Look who’s feeling nostalgic: 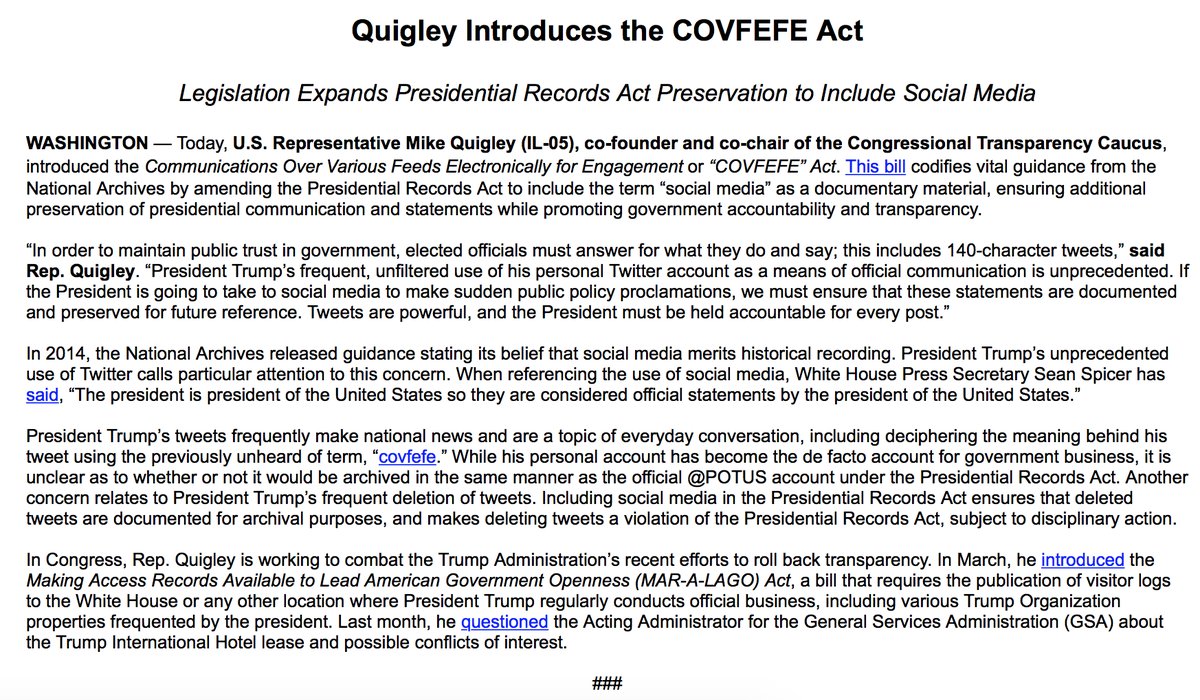 Kudos to Rep. Quigley on coming up with the name. Reminds me of that guy on Agents of SHIELD, when he was asked what the name Strategic Homeland Intervention, Enforcement, and Logistics Division meant to him: “It means someone really wanted our initials to spell out SHIELD.”

Quigley makes a good point, though. If Trump is going to keep tweeting all the time, deleting any of those tweets — like the “covfefe” one — violates the Presidential Records Act of 1978.

But even more importantly, Rep. Quigley has drawn attention to himself. (When was the last time you thought about him? When was the first time?) He’s found an unusually clever way to #Resist. For Democrats in 2017, there can be no greater goal.