Donald Trump promised to hold a press conference on the fight against the Islamic State, an assurance he has made twice now in the last three weeks.

As he held his second Cabinet meeting at the White House Monday, the president said there would be a press conference in the next two weeks to detail the latest strategy to combat ISIS. He said his administration has seen “tremendous success” regarding the militant group so far. 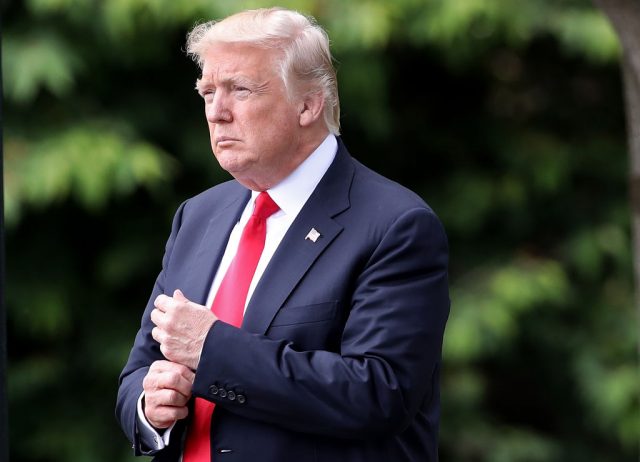 “We’ve had tremendous success against ISIS,” Trump said. “You will see numbers that you would not have believed. And, frankly, if you looked back even six months ago you wouldn’t have believed it was possible.”

This is the second time the president, who has a penchant for promising things in two weeks, has said a press conference on ISIS is forthcoming. The first time was three weeks ago, on May 21, when he said there would be one “in about two weeks.”

“We are doing very well in the fight against ISIS,” Trump said as he met with the emir of Kuwait in Saudi Arabia during his first foreign trip. “We’re going to be having a news conference in about two weeks to let everybody know how well we’re doing.”

No press conference ever materialized.

Two days before Trump made his original promise, Defense Secretary James Mattis briefed reporters on how a Pentagon-led assessment on the fight against ISIS went.

“President Trump directed the Department of Defense to lead all departments in a comprehensive review of the campaign,” Mattis said on May 19. “We submitted that report and after his review, he then ordered an accelerated operation against ISIS.

“Two significant changes resulted from President Trump’s review of our findings,” he continued. “First, he delegated authority to the right level to aggressively and in a timely manner move against enemy vulnerabilities.”

“Secondly, he directed a tactical shift from shoving ISIS out of safe locations in an attrition fight to surrounding the enemy in their strongholds so we can annihilate ISIS. The intent is to prevent the return home of escaped foreign fighters.”

A White House official said there was nothing to announce at this time regarding the press conference on ISIS.