Republican and Democrats faced off in the the Congressional Baseball Game Thursday night, but the spirit of bipartisanship was alive and well following the assassination attempt on some lawmakers.

The annual tradition of the game took on new significance after a gunman shot Louisiana Rep. Steve Scalise and four others at a Wednesday practice for the game in Alexandria, Va. A record number of staffers, lobbyists and other attendees arrived at Nationals Park to watch Republicans and Democrats play ball.

The entire stadium came together to honor Scalise and the Capital Police officers present who prevented the shooting from being much worse.

There were a lot of great images to choose from, but The Daily Caller News Foundation narrowed them down to the top seven. 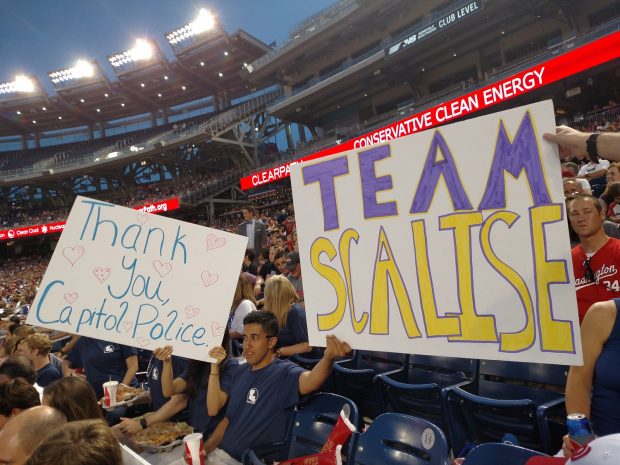 President Trump delivered brief remarks before the game calling for unity and noting that the entire nation was praying for Scalise.  Then, Trump said “Let’s play ball!” 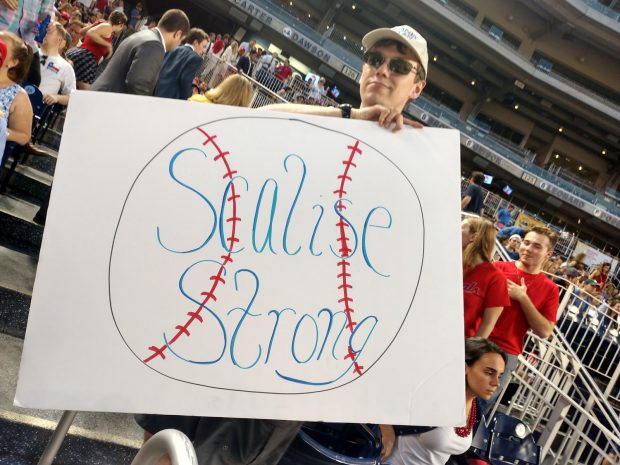 Scalise remains in critical condition after he was gunned down at a congressional baseball practice Wednesday morning. Scalise, who was shot in the hip, is now out of surgery. 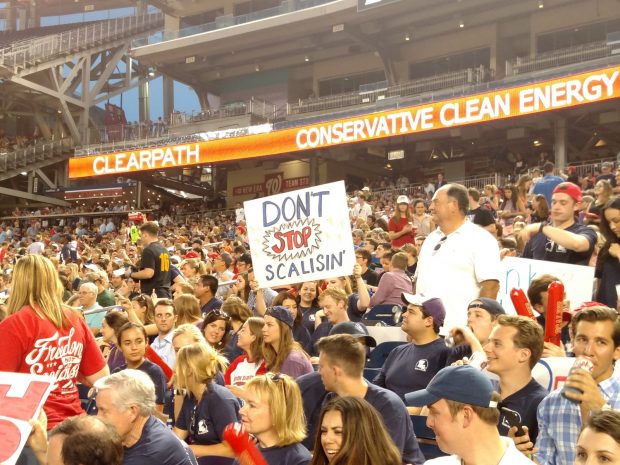 Two GOP fan thought that winning the game should be easy compared to winning both branches of Congress and the White House in the 2016 elections. 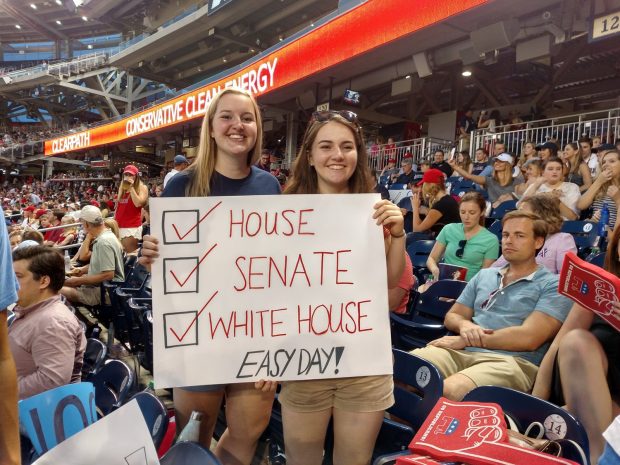 Before the game got started, members of Congress held a non-partisan prayer to honor Scalise and the Capitol Police in the middle of the field. The Democrats ultimately won the game 11 to 2, but elected to put the trophy in Scalise’s office.

Despite the Democratic victory, other GOP fans felt that pitching could be a problem for them. 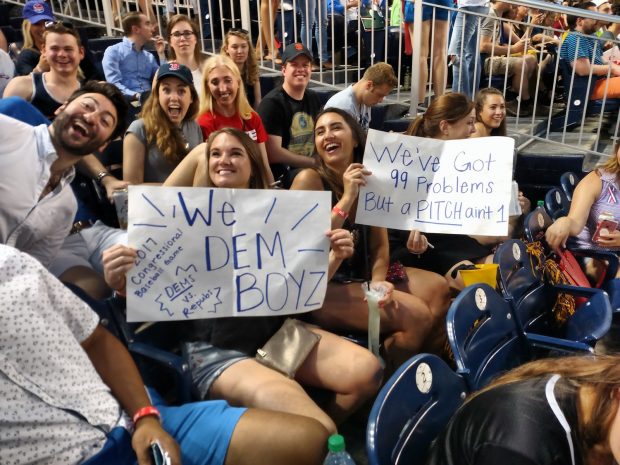 The Congressional Baseball game had “higher attendance than MLB games in Chicago, Cleveland, Detroit, MN, Oakland,” according to The New York Times. But some fans were just there to wave giant pictures of their favorite Republican Senator, Jeff Flake. 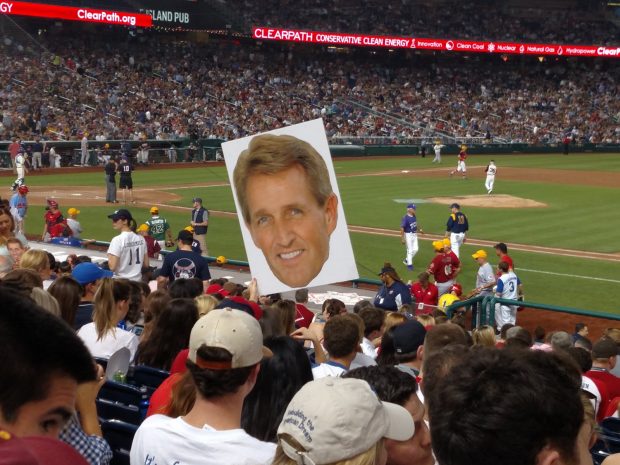