The largest super PAC to back Ohio Gov. John Kasich’s 2016 presidential campaign has been quietly emailing his supporters over the last couple of months to promote the governor’s positions on national issues and soliciting donations.

Kasich recently embarked on a tour promoting a new campaign-style book and is widely thought within political circles to be positioning himself to challenge President Trump in the 2020 election. 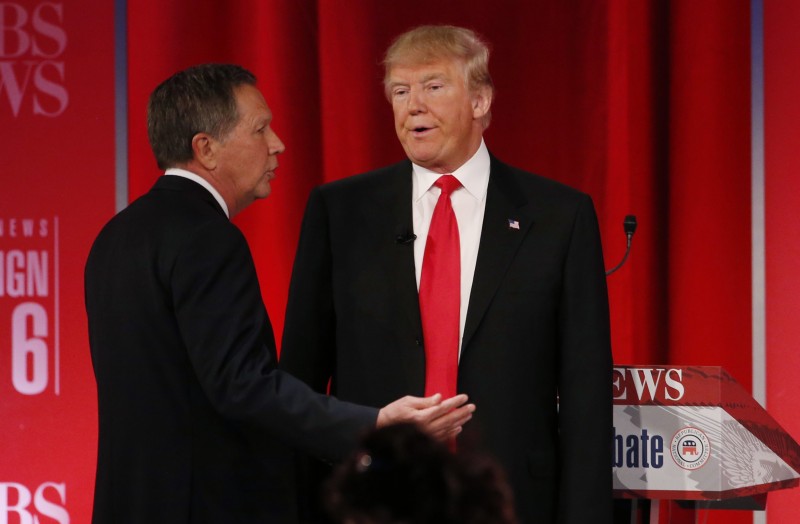 The super PAC, Kasich for America, blasted out an email to supporters Sunday night as the Republican health care bill in the Senate looked to be on its last legs. The PAC highlighted Kasich’s recent statement slamming the bill as “unacceptable” and saying that it made “the same error as Obamacare — it’s not bipartisan.”

“Gov. John Kasich has always supported repealing Obamacare but has also stated that it must be replaced with meaningful reforms that ensure we’re not leaving our most vulnerable citizens behind,” the super PAC’s email stated, going on to highlight Kasich’s legislative accomplishments as governor.

The email concluded by asking for “a generous contribution to help us continue to get this message out.”

The super PAC, which did not return a request for comment, began regularly emailing supporters late last May, soliciting donations and promoting Kasich’s messaging on national issues — health care in particular. The super PAC has been offering signed copies of Kasich’s book in exchange for $150 donations.

The super PAC is also offering unsigned copies of Kasich’s book, which is available in hardcover for less than $16 on Amazon, for donations of $50. All donations to the super PAC have to be used in connection with federal elections.

Kasich’s book, “Two Paths: America Divided or United, ” is meant to contrast Kasich’s vision for America with that of Trump, whom Kasich says he refused to endorse because he couldn’t stand in front of his wife and daughters “and look them in the eye and tell them I supported this man.”

He added: “I could not condone how he seemed to treat women and immigrants and minorities.”

Kasich took advantage of the chaos surrounding the Senate Obamacare replacement to again plug his message of bipartisanship on Tuesday while bashing the Republican legislation.

On Twitter, the governor touted an op-ed on Tuesday that slammed the conservative bill for not spending enough and demanding Republicans join with Democrats pass health care reform. He added in conclusion: “I know that a bipartisan group of governors, including myself, stands ready to help in any way we can to provide an affordable, sustainable and responsible system of health care for the American people.”