It’s been 72 hours since one of the left’s most prominent political organizations declared its support for a convicted murderer and domestic terrorist on the FBI’s Most Wanted list, and not one establishment media outlet has covered it.

As reported by TheDC on Monday, Women’s March declared its support for convicted cop-killer Assata Shakur on Sunday afternoon, calling her a “sign of resistance” and wishing the “revolutionary” a happy birthday.

CNN, The New York Times, The Washington Post and The Wall Street Journal — as well as every major television network besides Fox News — all left their readers and viewers in the dark for three days (and counting) about the leftist organization’s support for a terrorist. (RELATED: Women’s March Featured Speaker Who Kidnapped And Tortured A Man)

CNN anchor Jake Tapper sent a handful of tweets criticizing Women’s March and asked if there were any “progressives out there condemning this?” But Tapper’s own network has ignored the story for three straight days.

CNN, which found time to cover a Saturday Night Live writer’s tweets at Trump, has published zero articles about the scandal, which reflects negatively on prominent Democrats who have declared common cause with Women’s March. CNN’s on-air coverage — including Tapper’s show — featured zero mentions of the story. ABC, NBC, CBS and MSNBC similarly ignored the March’s support for a terrorist. Only Fox News gave the story any airtime.

Shakur, a member of radical black nationalist groups, escaped from the prison where she was serving a life sentence for murder in 1979. She has remained a fugitive ever since.

Several prominent female Democrats have declared their support for Women’s March in the past, including Hillary Clinton, who thanked the group in January “for standing, speaking [and] marching for our values.”

Women’s March has remained active since their first protest on inauguration weekend and have held several other marches in the interim. Just last month, eight different Democrats were featured speakers at the organization’s anti-Trump “March for Truth.” 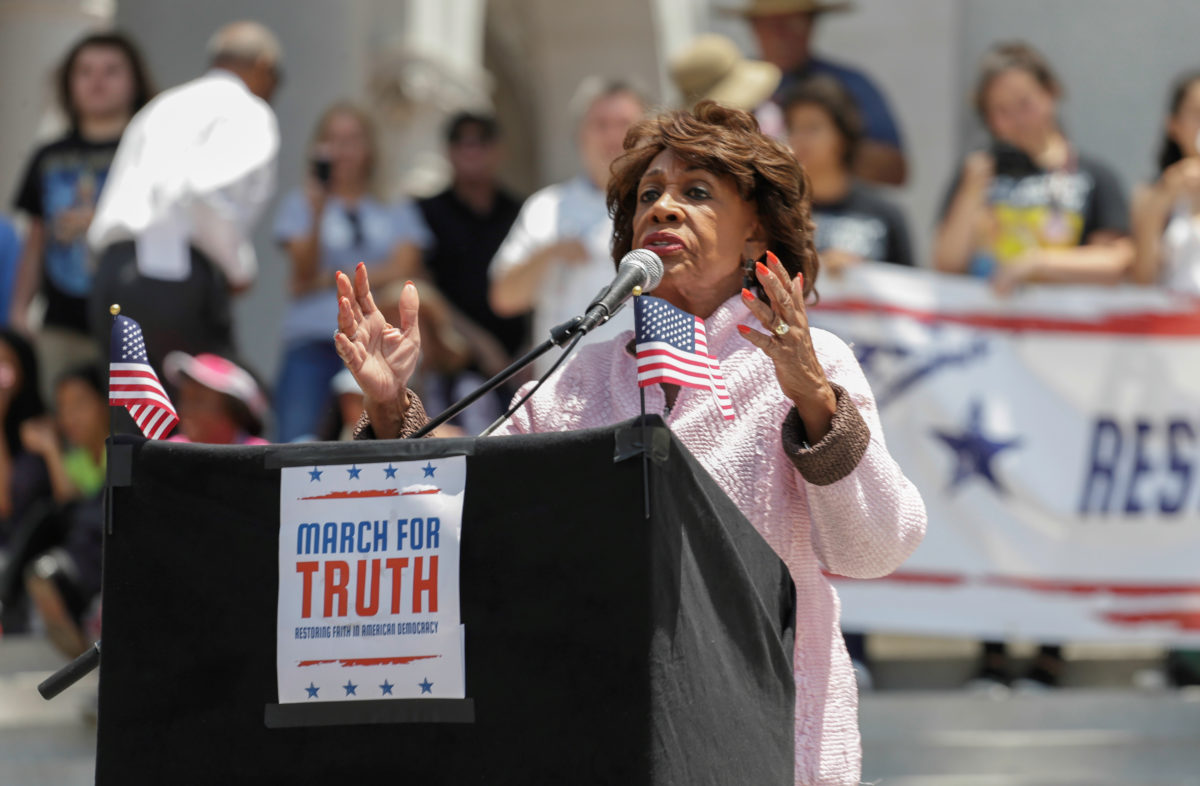 Congresswoman Maxine Waters addresses people as they take part in a “March for Truth” protest to demand an investigation into Russian interference in the U.S. election, in Los Angeles, California, U.S., June 3, 2017. REUTERS/John Fredricks –

Democratic Sens. Kamala Harris, Dianne Feinstein and Kirsten Gillibrand all declined to withdraw their support for Women’s March, despite the group’s support for a domestic terrorist. All three have enthusiastically supported the group. (RELATED: Dem Senators Decline To Condemn Women’s March For Supporting Terrorist)

Thanks to a cooperative establishment media, Democrats in general have avoided answering questions about a group so closely tied to their political party.