When James Riady and his family’s company, called the Lippo Group, pled guilty to campaign fraud in the 1990s for donations to Bill Clinton, it looked as if the Indonesian-based businessman’s days were over — and just another ugly chapter of American political history.

Yet, starting in 2011 when Hillary Clinton was secretary of state, the Riadys started their return to the United States through a new Chinese subsidiary called Lippo China Resources, which sought to become a minority owner in a Utah company called CS Mining.

Riady’s Lippo China Resources hopes to obtain majority ownership of the Utah company at a bankruptcy court hearing Friday in Salt Lake City. They are trying to acquire the land — the size of Manhattan — at fire-sale prices, The Daily Caller News Foundation’s Investigative Group has found.

The Riady family — Indonesian citizens who property worldwide and business holdings that include mainland China — hope to gain control of the copper, gold and silver reserves on 60,000 acres in Utah.

The Clinton-Riady saga appeared to end Jan. 10, 2001, 10 days before Clinton left the White House, when Attorney General Janet Reno penned a guilty plea for Riady. The move infuriated Republicans because it looked as if Clinton was going easy on his former financial patron. 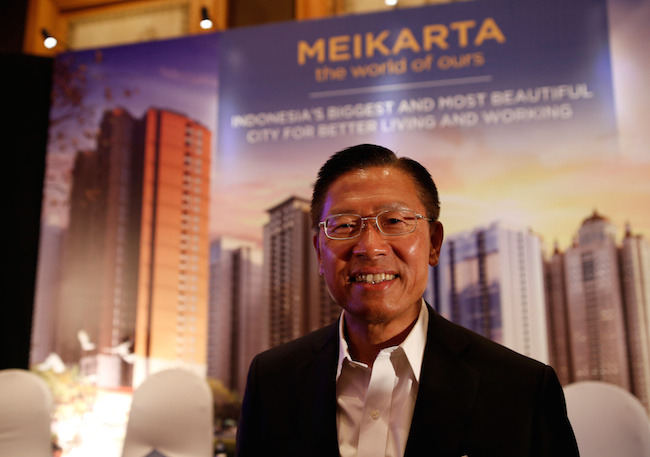 Riady received no prison time. But Lippo Group paid an $8.6 million fine– the largest campaign finance fine in the history of the United States.

The Department of Justice found Riady and Lippo guilty of “felony conspiracy to defraud the United States” and committing “a crime involving moral turpitude.” The Justice Department cited 86 counts of campaign-finance violations.

The invested capital in the CS Mining property is estimated at $200 million but Lippo China hopes to acquire it for as little as $28 million through the bankruptcy proceedings, according to creditors who spoke to TheDCNF on the condition of anonymity.

If Lippo China wins majority ownership, it will preside over valuable mineral reserves, which sit on federal lands owned by the Interior Department’s Bureau of Land Management.

Last year, unbeknownst to the rest of the CS board, Lippo secretly acquired the debt of a high-technology copper plant on its property owned by Noble Energy, paying $22 million. The plant was valued at $32 million but the energy company, eager for the cash, sold its debt with a $10 million discount.

One creditor said he believed Lippo China acted boldly last summer in the expectation that Hillary Clinton would win the White House and bless the deal as president. She raised no objections in 2009, when Lippo re-entered the United States that year.

Prior to the Noble transaction, the CS Mining board planned to purchase the debt for the entire company and was surprised when Lippo had acquired the debt behind its back. 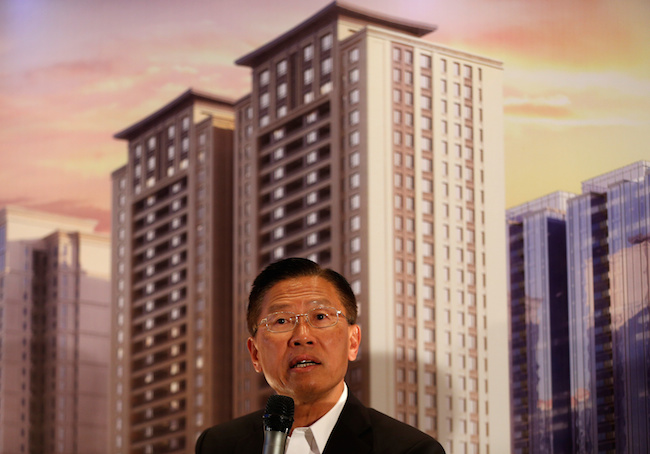 The plant gives Lippo China leverage, even though it only owns 28 percent of the equity. If Lippo China doesn’t get what it wants, it can shut down the new facility. The majority owners will find the remaining value of its property will tumble.

Creditors note Lippo China has frequently used these “loan-to-own schemes” in which a company with a war chest of cash can acquire the debt of a company with the aim of eventually securing total control.

“I don’t think they’re trustworthy,” said Robert Bayer, chairman of the company’s unsecured creditors committee. “They clearly say in their depositions, if the company goes bankrupt, we can buy it cheap.”

Creditors point to an April 2015 transaction where Lippo China acquired total ownership of Asia Now Resources Corporation due to the company’s “impairment,” according to the 2017 Lippo China annual report. Asia Now explores for mineral deposits in Yunnan Province on mainland China.

To protect themselves from further encroachments by Lippo China, some CS creditors filed a bankruptcy petition under Chapter 11 in June 2016. The action protected the company against any further actions by Lippo China.

At the same time, other investors filed a complaint claiming damages suffered by the secret Waterloo purchase of debt. Suits and countersuits have ensued.

Riady’s brother, Stephen Riady, is chairman of Lippo China Resources and the company has expansive business dealings in mainland China. It is the third-largest retailer in China. The company is headquartered in Hong Kong and its stock is traded on the Hong Kong exchange.

James Riady’s relationships with the Clintons go back to when Bill was governor of Arkansas. Riady reportedly pledged $1 million to Clinton when he launched his 1992 presidential campaign. More than $250,000 in illegal campaign donations were run through Riady’s LippoBank, based in California, according to the Justice Department.

In return, the Justice Department said Riady and his father Mochtar Riady gained inside access throughout the Clinton administration. James Riady visited the Clinton White House on 14 different occasions

The Justice Department said in return for the campaign donations, the Riady’s gained “access, meetings and time with politicians, elected officials and other high-level government officials.”

Despite Riady’s guilty plea, the Indonesian billionaire remains quite open about how his payments to the Clintons have produced tangible benefits for him and his family’s company.

Two years later, with Hillary still at the State Department, Lippo China made its bid for a 28 percent stake in CS Mining.

Even if the bankruptcy court rules in favor of Lippo China, however, it may face additional scrutiny from federal regulators.

Department of Interior officials can review the pending purchase based on the Riady’s “moral turpitude” conviction.

The Lippo China transaction can also be reviewed by the Committee on Foreign Investment in the United States– a special national security panel that examines foreign ownership of U.S. strategic resources.

TheDCNF contacted the Lippo Group in Jakarta, requesting information and an interview with a company executive, but received no reply.