Gun makers are always changing their product lines to make improvements and, sometimes, to offer something cool that will generate new interest. New colors and new options make the product appeal to a wider range of buyers. Some changes are aesthetic, some are practical, but any excuse for a new gun is a good excuse!

One option becoming more popular in recent years is a ported barrel to reduce felt recoil and muzzle rise, and it is offered on some models by several manufacturers, including Smith and Wesson, Springfield Armory, Glock and Taurus. Ports are practical because they take the bite out of recoil, but they have a coolness factor as well.

They look exotic, and that is part of their appeal. There’s nothing wrong with that.

Ports are not new. Magnaport has been porting barrels for over 40 years. But they have become more popular recently, and some barrel makers now offer extended barrels with ports as an aftermarket option (e.g. EFK Fire Dragon, Bar-Sto, Storm Lake, Lone Wolf).

Ports work by venting gas that normally contributes to recoil. When the gas produced by the burning gunpowder blasts forward, it produces an equal counterforce to the rear, adding to the recoil force produced by the bullet’s weight and velocity.

This happens via Newton’s Third Law of Motion — for every action, there is an opposite and equal reaction. Redirecting gas upwards reduces felt recoil and muzzle rise.

How effective are barrel ports at reducing recoil and muzzle rise? This was tested in a Glock 19C ported 9mm pistol.

The 19C barrel has two small, elongated ports measuring 0.400 inch long and 0.084 inch wide in a “V” configuration that straddle the centerline. Their center is about 1.375 inches from the end of the muzzle. 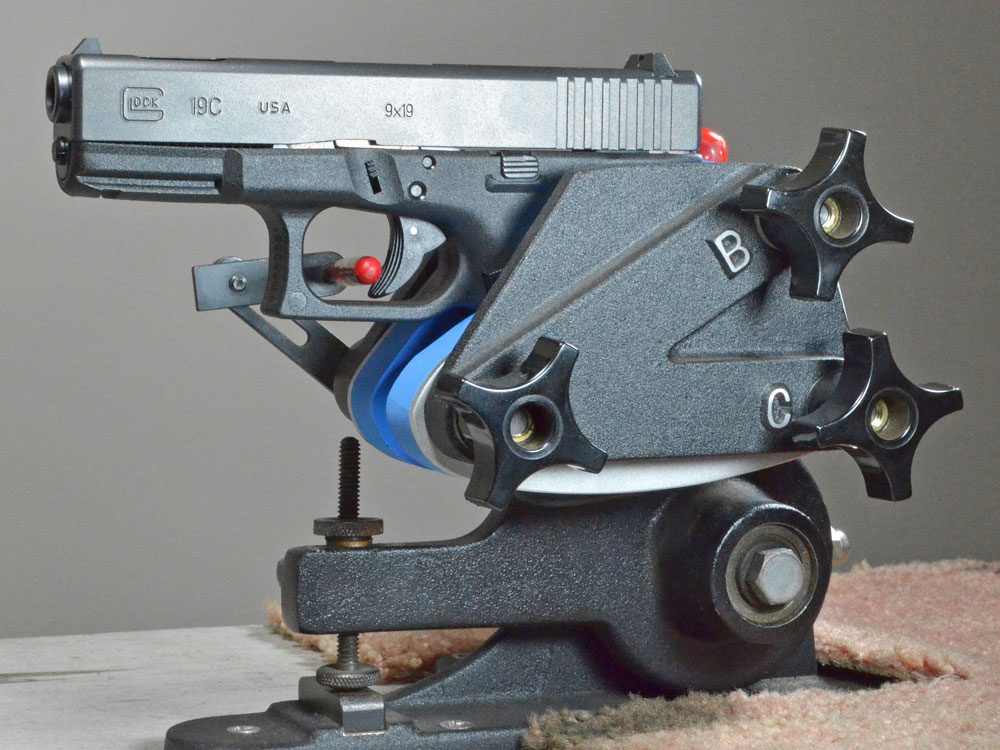 Fortunately, there is a better way. Muzzle rise was measured with a Ransom Rest, where the distance the gun moves indicates relative recoil.

The rocker arm holding the gun pivots upward when the gun is fired, just like when it’s handheld. Since the ports vent the gas upward, the reciprocal downward force reduces how far the gun pivots. Thus, the Ransom Rest is an objective method to quantitatively measure muzzle rise.

Ten rounds of each load were fired in each barrel. Velocity was measured with a Shooting Chrony chronograph at about 10 feet.

The ported barrel produced an average of 31 percent less muzzle rise than the non-ported barrel with factory ammunition. The 115-grain Federal load produced the greatest reduction at 32 percent, and the 124- and 147-grain Winchester loads both had a 30 percent reduction in muzzle rise.

Barrel ports vent gas while the bullet is still in the barrel. This reduces the pressure accelerating the bullet, so velocity drops a little. The Glock manual indicates a 30 fps loss with the model 19C (1,120 fps) compared to the model 19 (1,150 fps) (ammunition not specified).

Ideally, one would want to know the velocity in the same barrel before and after ports are cut. That was not practical for this test.

The caveat with comparing two barrels is that they can produce different velocities with the same ammunition even if they are identical — if neither had ports. As such, this analysis compares the velocity difference between these two specific barrels, with the presumption that the velocity difference observed is not unreasonable of what one might observe after porting the same barrel. How much reduced muzzle rise is due to the lower velocity and how much is from the gas? This was calculated by doing a little math with the handload data.

The handload was used to analyze Ransom Rest movement at different velocities. Using two charge weights permits the use of linear regression to calculate how much of the difference in muzzle rise was the velocity difference and how much was the gas vented through the ports. This is determined by calculating the amount of Ransom Rest movement the standard barrel would have if it produced the same velocity as the ported barrel. The difference in movement between the two barrels when they produce the same velocity is due to the force of the gas vented by the ports.

The handload produced 55 fps less velocity and 33 percent less muzzle rise in the ported barrel, similar to the factory ammunition. The math showed that the ports account for 73 percent of the difference in muzzle rise, while velocity accounted for 27 percent.

Thus, nearly three-fourths of the difference in muzzle rise is due to the gas vented by the ports. Therefore, the ports themselves produced a 24 percent reduction in muzzle rise (33 percent x 0.73 = 24 percent).

The Glock 19C’s ported barrel produced at least 30 percent less muzzle rise than the standard barrel. That’s impressive performance for such small ports. Part of this is from the reduced velocity, but the greatest effect is from the vented gas force. How effectively ports work depends on their number, size and location.

The 72nd edition of “The World’s Greatest Gun Book” is out! Click here to order your copy. 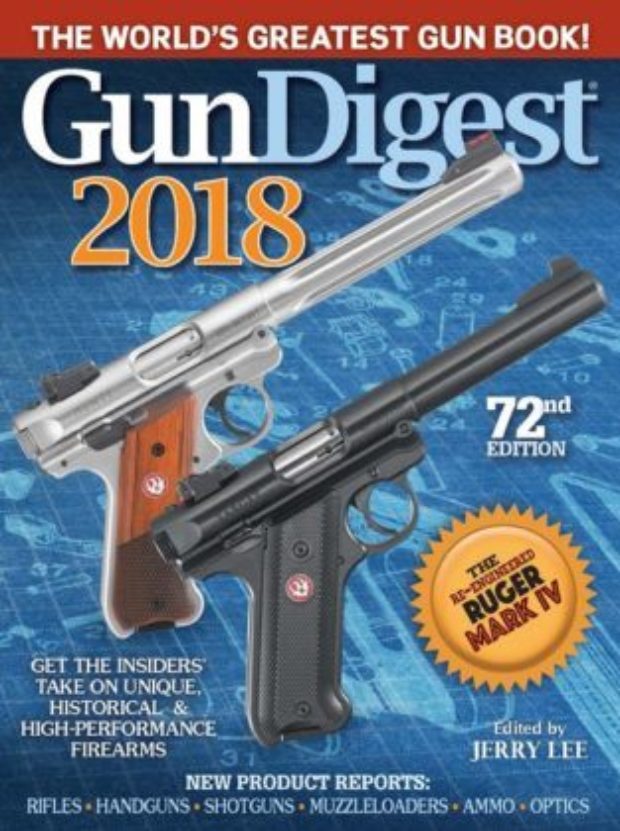