The country had a 99.93 percent conviction rate in 2014, and this number fell to just 99.92 percent in 2015. The small robots can generate arrest warrants, approve indictments, and review court documents for mistakes, The Telegraph reported Friday. They’ve reviewed nearly 15,000 cases since their deployment in 2016. 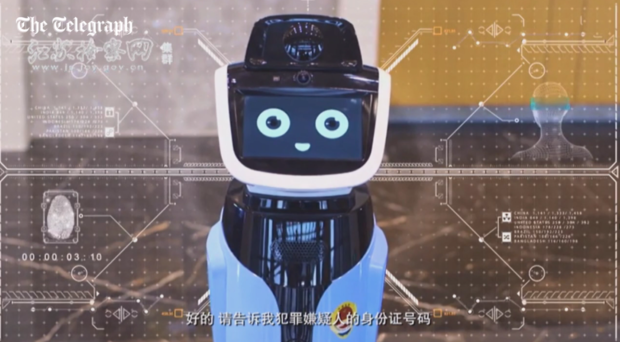 Officials in charge of the bots say there should be no fear that they will incorrectly sentence someone, as they don’t make “subjective judgements.”

The robots, which have touch screens that also display faces, seem to have a lower conviction rate than the national average. While the bots only commuted 541 convictions in the 15,000 cases they reviewed, China only acquitted 825 defendants out of 1.6 million cases in 2014.

“The AI system was designed to shoulder two missions,” Cui Yadong, president of Shanghai High People’s Court, told the paper. “One is to ensure that the standard of evidence is consistent in all cases. The other is to see if all the unknowns in a case have been verified by existing evidence and to find blemishes in evidence — and contradictory evidence — in a timely manner, and to alert officers handling the case to guarantee that all evidence can stand the test of the law and curb subjectivity and randomness in case handling.”

The system can reportedly handle homicides, telefraud, burglaries and 16 other legal charges, adjusting its standard for evidence on a case-by-case basis. The system is still in the development phase, however, and has no scheduled deployment date.