North Korean military officials presented an operational plan for strikes around Guam, a U.S. territory which is home to more than 100,000 civilians and numerous strategic military assets, to young North Korean dictator Kim Jong-un. The regime decided to postpone its planned launch of several intermediate-range ballistic missiles (IRBMs) into waters off Guam to de-escalate rising tensions between the the North and the U.S., but the North has its missile strike plan ready to go. 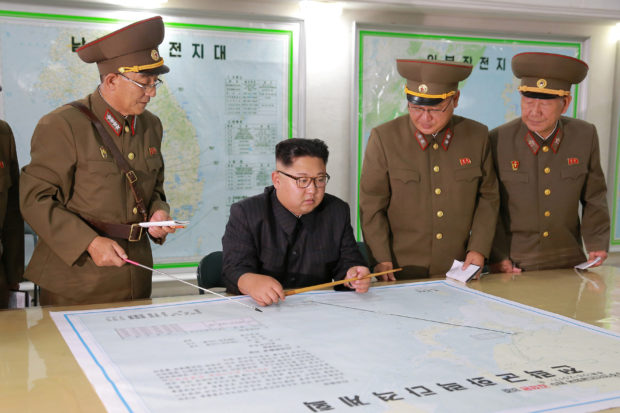 North Korea is considering launching a salvo of four Hwasong-12 IRBMs, new weapons first tested in May, over Japan into waters around Guam from a location in Sinpo. The missiles would, according to state media, cover a distance of 2,085 miles in just over 15 minutes and land within 25 miles of the Pacific territory.

“Every North Korean must have seen this photo on TV and newspapers,” Kim Dong Yub, a military expert at Kyungnam University’s Institute of Far Eastern Studies in Seoul, told Reuters. “North Korea is showing its confidence, telling the United States: If they want to stop it, they can try.”

“It also signals that the North has been studying this for a long time and getting ready to act if it decided to,” he added.

Joshua Pollack, editor of The Nonproliferation Review and a senior research associate in the James Martin Center for Nonproliferation Studies at the Middlebury Institute of International Studies at Monterey, called the maps shown in the latest North Korean propaganda photos the “Map of Death: Guam Edition.”

Pollack is referencing a map that appeared in the background of a propaganda photo in 2013. 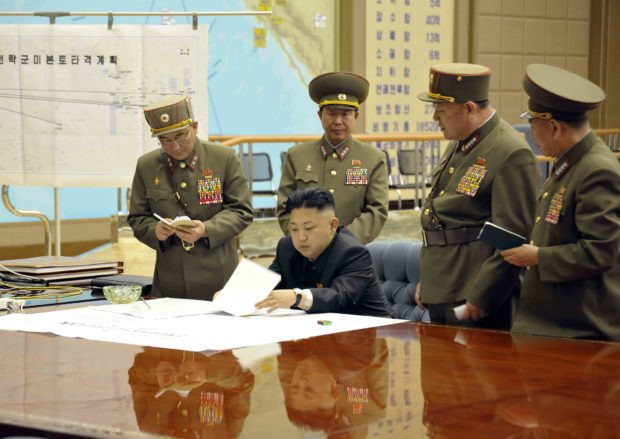 Open source intelligence analysts suspect that the four targets identified on the map are Hawaii, San Diego, Barksdale Air Force Base in Louisiana, and Washington, D.C.