“White House Chief of Staff John Kelly and Steve Bannon have mutually agreed today would be Steve’s last day,” press secretary Sarah Huckabee Sanders said in a statement Friday. “We are grateful for his service and wish him the best.”

The Drudge Report first reported the news, and said that he may return to the conservative website Breitbart. 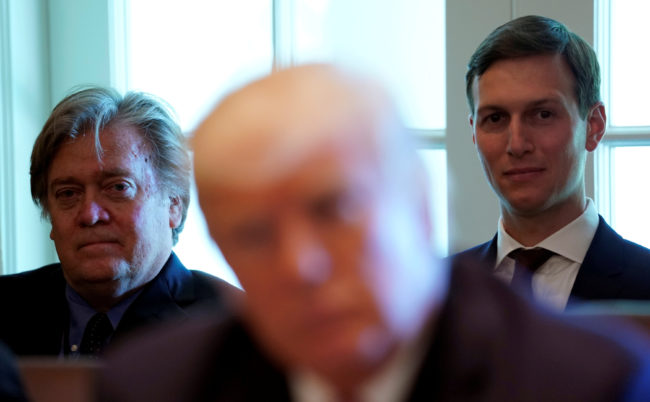 Bannon and Jared Kushner listen as President Donald Trump meets with members of his Cabinet at the White House June 12, 2017. REUTERS/Kevin Lamarque

The political strategist reportedly submitted his resignation to the president on Aug. 7, according to The New York Times. While it was scheduled for Monday, Bannon’s resignation was delayed in the aftermath of the violent protests in Charlottesville, Va., over the weekend. Trump and administration officials have been deliberating for some time as to when and how to release Bannon. 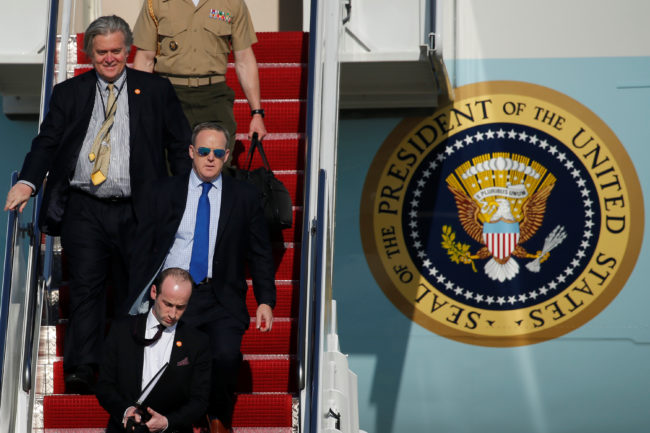 Bannon with Sean Spicer and Stephen Miller after arriving with President Donald Trump aboard Air Force One at Joint Base Andrews, Maryland, April 28, 2017. REUTERS/Jonathan Ernst

Bannon was one of the first people to jump on board the president’s political team when he announced his bid for the presidency in 2015. Rumors floated Thursday that Bannon might lose his job after the political strategist landed in hot water after The Prospect released an article Wednesday in which Bannon made some unsavory comments regarding members of the administration. 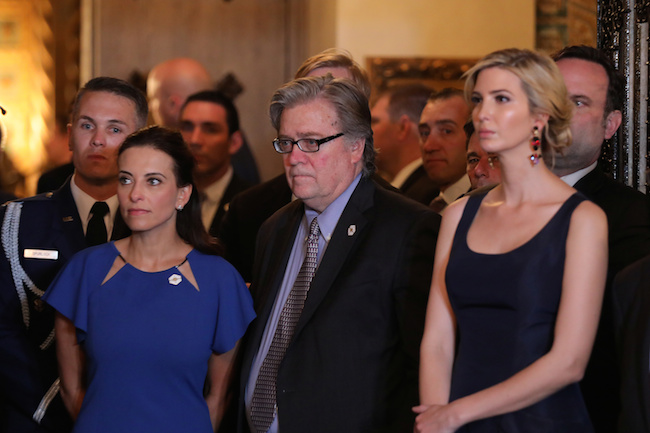 Trump refused Tuesday at Trump Tower to say whether or not Bannon’s job was secure, but the president defended the political strategist as “not a racist.” The president told reporters that “we’ll see what happens with Mr. Bannon.”