A NASA photographer captured the International Space Station floating across the sky above Washington state Monday as the moon made its way towards a partial eclipse of the sun.

Senior NASA photographer Bill Ingalls was able to take a picture of the International Space State, which had a crew of six astronauts on board, as it made its way across the sun above Ross Lake in Washington state. 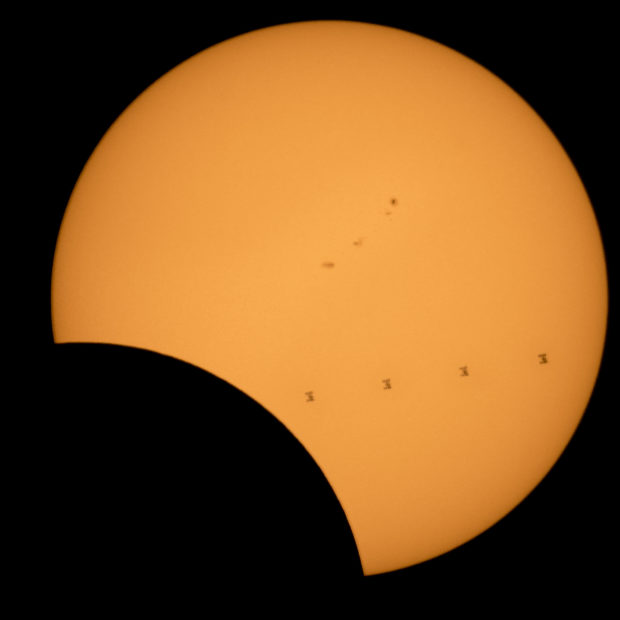 Ingalls compiled four separate frames to show the space station’s location as it moved at approximately five miles per second during the partial solar eclipse.