As civil defense alarms signaling an imminent North Korean attack rang out in Seoul Wednesday, thousands of South Koreans made their way to underground shelters, but they did so with little urgency or enthusiasm, according to multiple reports.

As North and South Korea are still at war, the latter regularly conducts civil defense drills in preparation for a North Korean attack, an ever-present possibility. The South Korean people, having faced this threat for decades, have reportedly become desensitized to the threat, perceiving the civil defense exercises as inconvenient practice for a conflict that few believe will come, Reuters introduced.

What is that siren going off in #Seoul? Oh, right: civil defense drill. Asked my assistant what we should be doing. “Nothing,” she says. #ok

Sirens sounded at around 2 p.m. Wednesday for the 404th civil defense drill since they started in the 1970s. “I’ve read the stories in the papers about the threats, but this time doesn’t feel any different from the other times,” an office worker told The Washington Post, “I think this is how most South Koreans think.” The exercises are often met with complacency.

People took selfies in the park, continued reading books in cafes, and drivers were hesitant to come to a stop in traffic, reports The Wall Street Journal. “I didn’t even hear the siren,” one coffee shop patron immersed in her book told reporters. 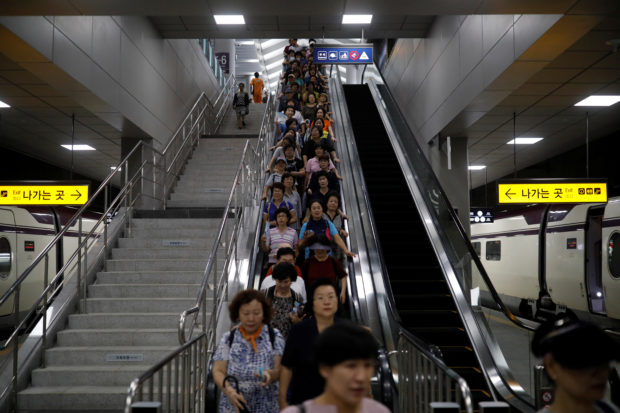 People arrive to take part in an anti-terror drill as a part of the Ulchi Freedom Guardian exercise in Seoul, South Korea, August 23, 2017. REUTERS/Kim Hong-Ji

The drill was meant to simulate an air raid against the city. The military even flew planes over the city, releasing colored smoke, but the rainy and cloudy conditions during the drill limited the effect.

Civil defense sirens blare out over Seoul. South Korea is holding a drill for a North Korean attack right now(but no one is much interested) pic.twitter.com/FbqLvxPC0v

Seoul, which has a population of 10 million people, is home to over 3,000 underground shelters that can protect citizens from a conventional attack, but not necessarily a chemical or nuclear attack. The South Korean government is trying to better prepare people for the growing threat from North Korea, which is developing new weapons systems to wage war against its neighbors.

“We are trying to send a message to the public that there are simple things they can do to save their lives, such as seeking shelter underground as soon as possible,” said Jung Han-yul, director of the civil defense division at the Interior Ministry. 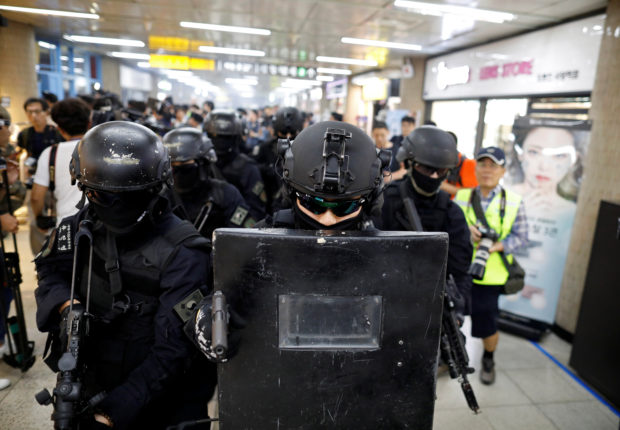 The civil defense drills were broadcast on television in an attempt to drum up enthusiasm among the general populace, but most people went about their day normally, according to journalists on the ground in Seoul. In the common area beneath City Hall, authorities attempted to show people how to properly use a gas mask, but the drill reportedly ended before they could complete the demonstration. Most people in the area were looking at their phones during the presentation.

The latest drills come amid joint military exercises involving U.S. and South Korean forces, which are also preparing for a possible North Korean attack. North Korea is believed to be able to launch nuclear, chemical, biological, and conventional attacks on its neighbors, specifically South Korea and Japan. The North is also in possession of an intercontinental ballistic missile that can deliver a nuclear payload to the continental U.S.