It’s been over a year since Colin Kaepernick started his national anthem protest, but he’s now unemployed and there are plenty of NFL quarterbacks still standing.

Nearly every notable player in the NFL has been asked about their stance on Kaepernick’s protest and Dallas Cowboys quarterback Dak Prescott is one of the latest to make his position clear.

“I mean, it’s bigger than I think some of us think,” Prescott told Yahoo Sports on Sunday. “It’s just important for me to go out there, hand over my heart, represent our country and just be thankful and not take anything I’ve been given and my freedom for granted.” 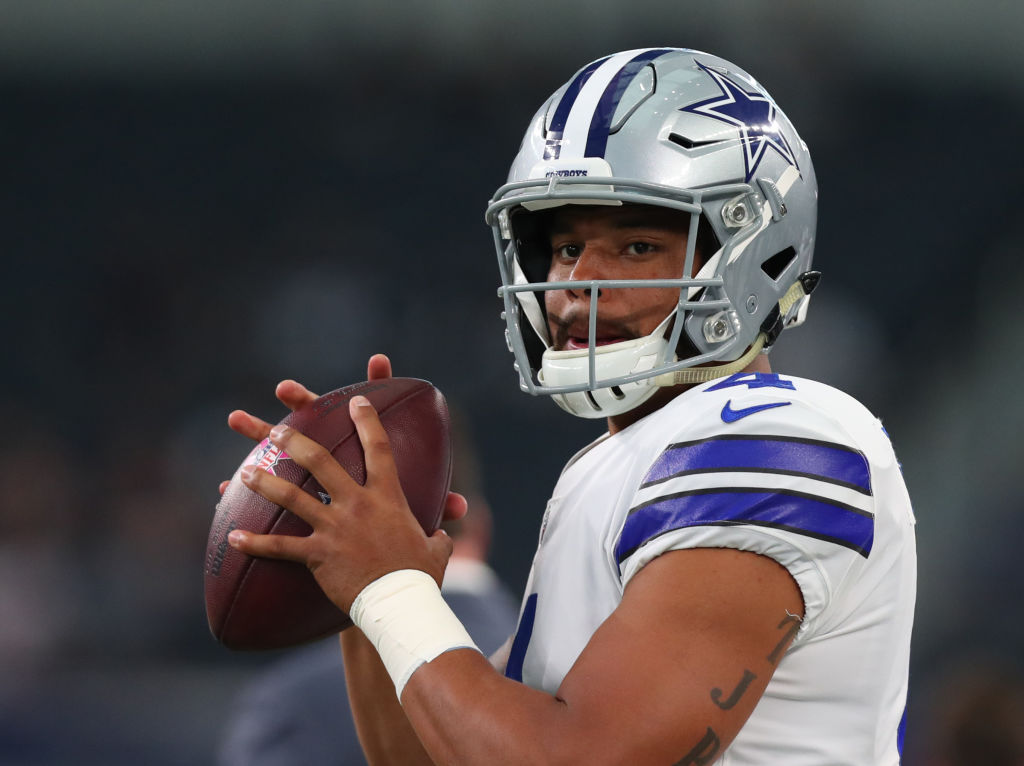 The Dallas Cowboys held a high-esteem for the national anthem and the American flag throughout the 2016-17 season while players around the league took a knee in solidarity with Kaepernick. That stance has presumably come down from owner Jerry Jones, although he hasn’t told his players any specific way to act when the anthem is played, according to Sports Day.

“I just feel so strongly that the act of recognizing the flag is a salute to our country and all of the people that have sacrificed so that we can have the liberties we have,” Jones told 105.3 The Fan. “I feel very strongly that everyone should save that moment for the recognition of the flag in a positive way, so I like the way the Cowboys do it.”

While Jones may not have specifically directed his players to stand, it’s clear that his star quarterback shares the same mindset.