HuffPost has a serious problem on its hands in its Washington bureau. It’s a female employee who doesn’t know how to urinate without getting fluid all over the toilet seat.

Might a man be sneaking into their ladies’ room?

“Major drama in the women’s restroom at our office,” Terkel wrote on Twitter. “This sign popped up in a stall anonymously.”

Apparently someone is missing the seat and peeing on the toilet seat ring.

And someone else has made it her business to call out the terrible pee-er.

“I know this is your preferred stall as this is the ONLY one I’ve see this happen to on a regular basis,” an anonymous complainer wrote on a note she posted inside the stall.

She continued, “I believe I speak for almost everyone who uses this this [sic] restroom, PLEASE STOP!!!”

Anonymous complainer is sensitive and tries to put herself in the shoes of the terrible pee-er. She says if the offender doesn’t want to sit down, that’s what seat covers are for. She also says, “If you’re afraid of germs, please Google how sitting on the seat is the least of your worries.”

But then Anonymous gets tough.

Not only is the offender wasting fellow urinators time, but she’s a freakin’ thoughtless pig who is making life messy, difficult and time consuming for everyone else who enters this ladies room.

Which is just rude.

The best is the last line:

“Thanks and have a great day!” 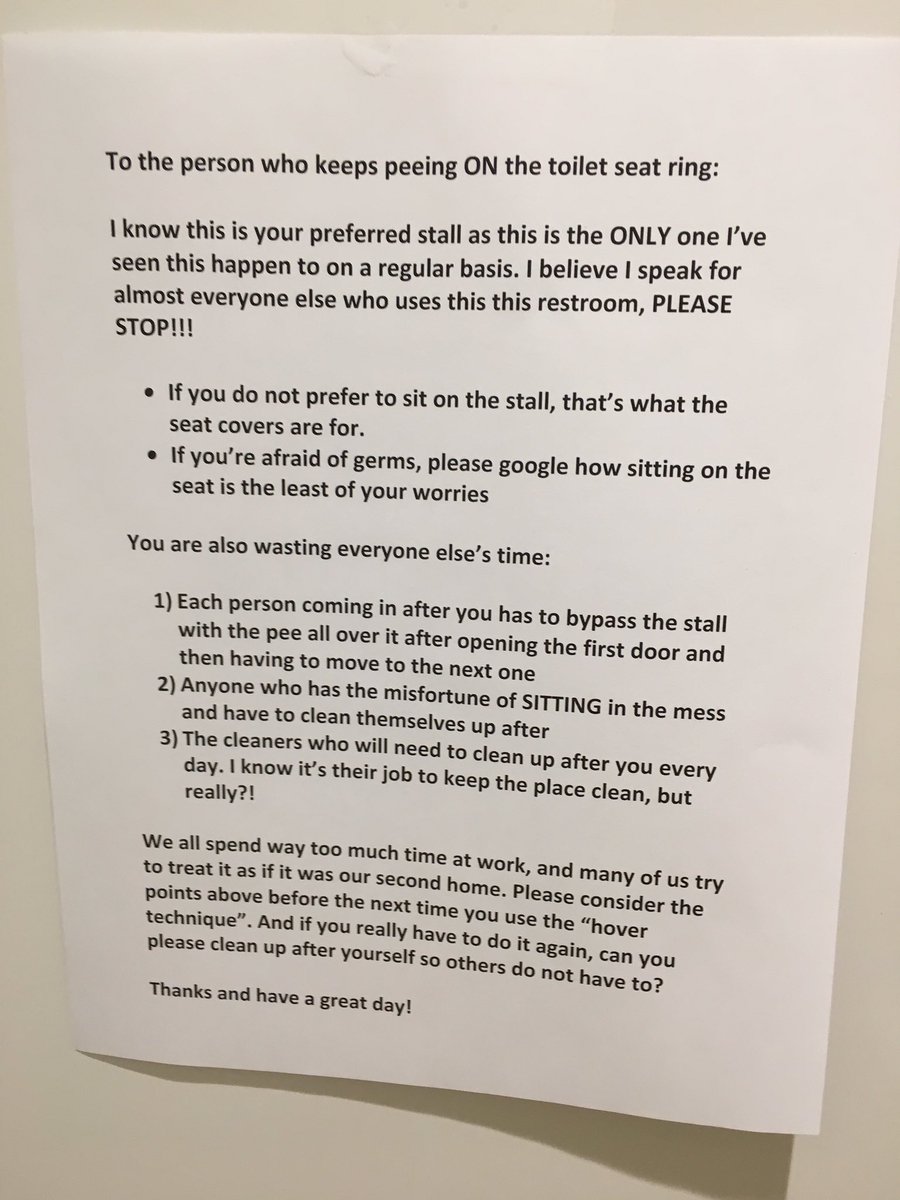