NEW YORK CITY — On a World War II aircraft carrier, underneath a trove of fighter jets that once eviscerated Vietnamese villages for Empire, children in designer clothes walk the catwalk.

Surrounding them, publicists, designers, and bloggers take photos from smartphones manufactured from Eastern child labor, architected by Silicon Valley tech oligarchs to monetize our behavioral patterns. Like the technology, the clothes are stitched together by children probably the same age as those making their runway debut.

Mothers live stream videos and compete vicariously through their darlings. 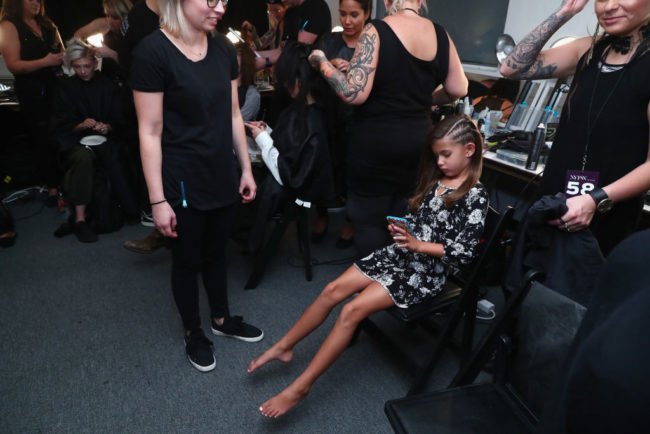 Across town, other runway shows are occurring. Somewhere in SoHo, a bus filled with Alexander Wang models cruises through traffic ready to deliver the future. The people here were not invited to those events, so have instead opted to watch children strut down a catwalk wearing fabric marketed toward Upper East Side vanity, hoping that proximity to crumbs of secondhand power will springboard their careers in industries notoriously difficult to break into.

“How Roman,” I tell a cyber-security analyst who moonlights as a music video producer for 50 Cent. “The commodification of innocence.”

Don’t believe what you read online or in the supermarket rags. New York Fashion Week is a toxic rabbit-hole for impressionable young professionals aching for something glamorous to fill the hole inside themselves — most of the people here grew up feeling out of place, blaming various interpretations of society that conveniently omitted their own narcissism. 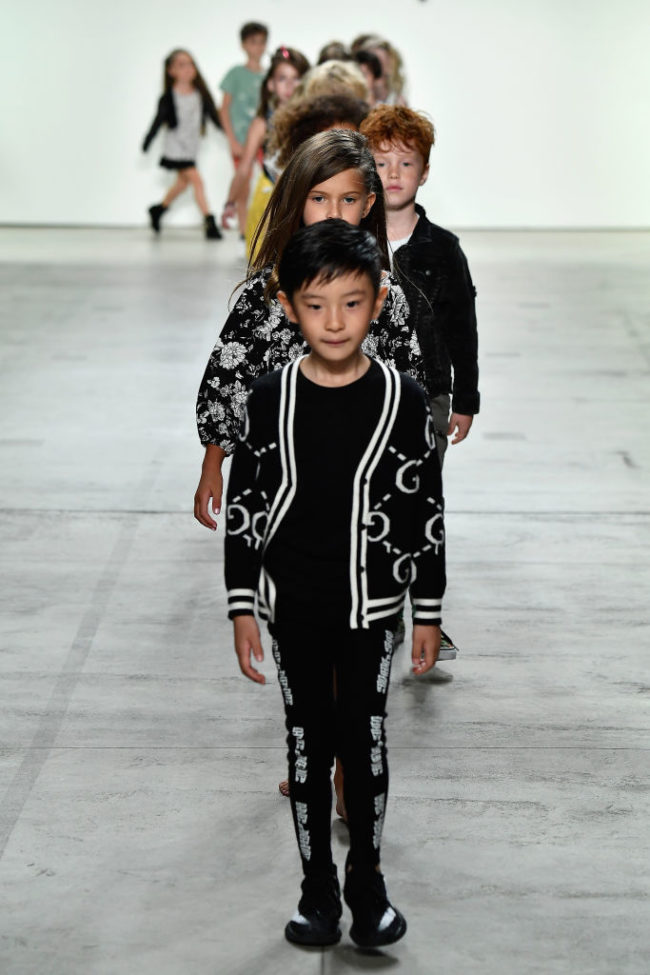 Although they don’t run the American Empire to the extent of Silicon Valley’s tech oligarchs, Midwest oil executives, or the old money still pumping through Yale and Wall Street, the fashion insiders here do influence culture, which, like all facets of our society in 2017, has hyper-evolved in the middle of rapid technological shifts (new genders, new brands, new industry intersections).

They pat themselves on the back for plus-size models and inclusivity as progressivism is further corporatized into a product, and marketing ploy, for corporations sustained by overseas slave wages. 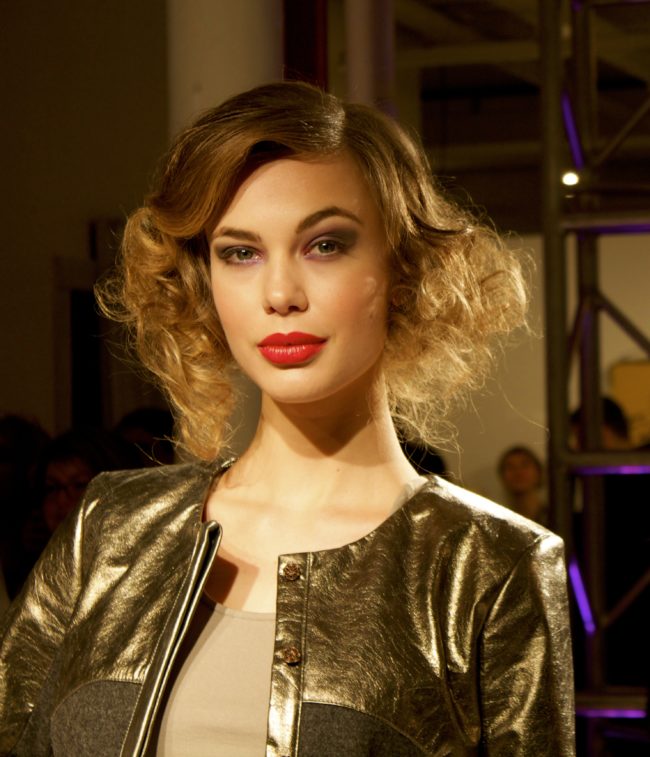 Like Art Basel, Burning Man and Cannes, Fashion Week is a week-long spectacle embodying oligarchy, sustained by media hype and dominated by seedy characters. On the runway, beautiful models are written about favorably by Vogue. Backstage, they struggle with anorexia and are harassed by alleged sexual predators like Terry Richardson (this summer a young girl was lured to a fake fashion shoot in Milan, drugged and held hostage by masked men to be sold as a sex slave).

Industry veterans openly name-drop designers and after-parties to elevate perceived value while despising this world and never feeling fully a part of it. Whereas journalists hold truth to power, a fashion reporter’s purpose is to provide influencers with more influence to continue receiving access to parties they secretly hate but seek approval from; each runway show and open bar is a means to an end that never comes, eventually becoming the end within itself as the reporter becomes addicted to a world that views them as a function. In the fashion industry, people are brands, celebrities are institutions, and children are commodities. 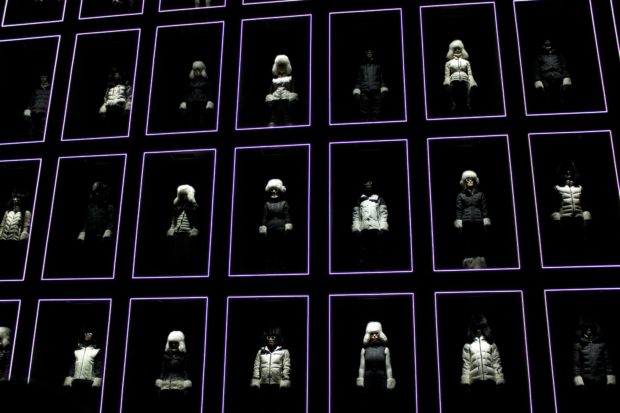 As floodwaters obliterate Houston and the Florida coastline, leaving millions without food, water or electricity, fashion insiders on the aircraft carrier sip sponsor-branded, mud-colored, “premium alkaline water infused with fulvic trace.” This season they’ve decided that lace is in, pin-strips are hot, and denim is back (but only when used on accessories).

Davis Richardson has written for Vice, Nylon, Bullett, Uproxx, the Washington Examiner, The Daily Caller, and Wired. Follow him on Twitter