Melania Trump arrived in Florida Thursday and looked ready to get down to work with her hair pulled back into a pony tail, rocking a white pants outfit. 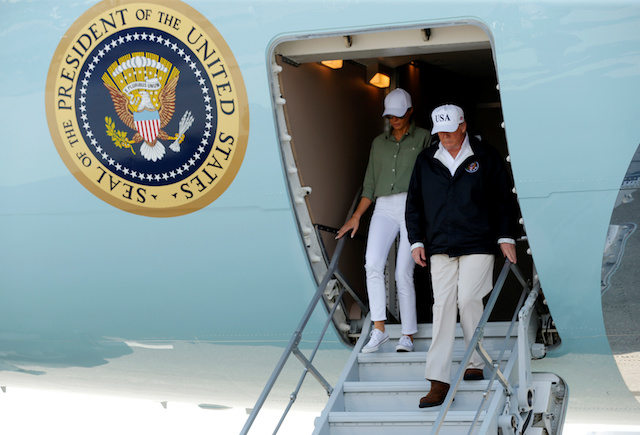 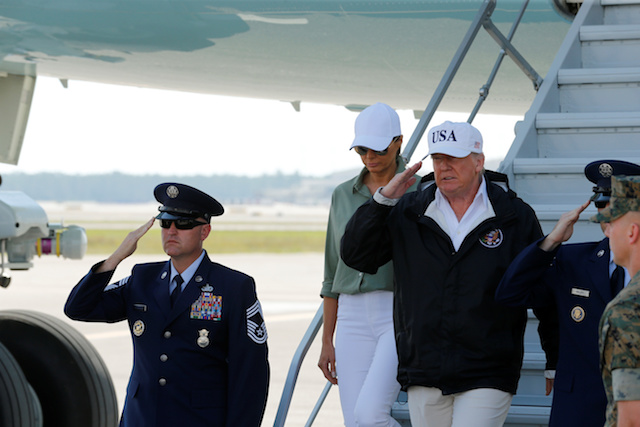 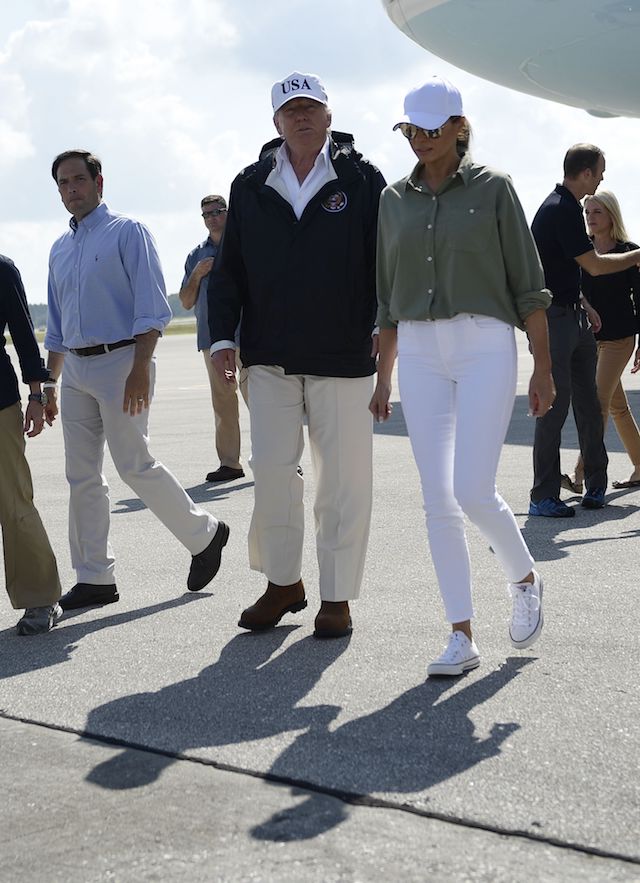 She completed the great look with a pair of sunglasses and a white baseball hat. 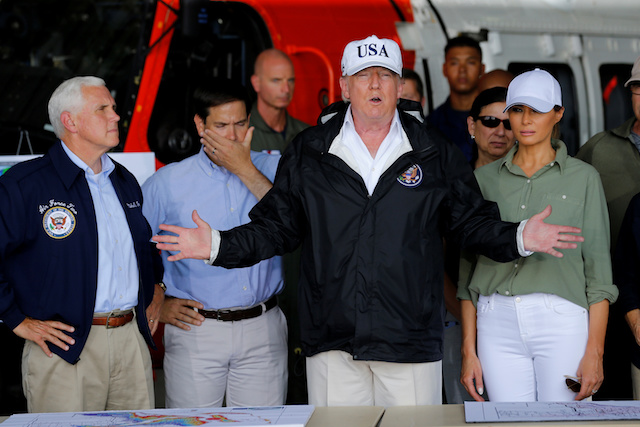 President Donald Trump and the first lady will oversee relief efforts in the state following the devastation left by Hurricane Irma as they meet with FEMA officials, Florida Governor Rick Scott, and Senator Marco Rubio. 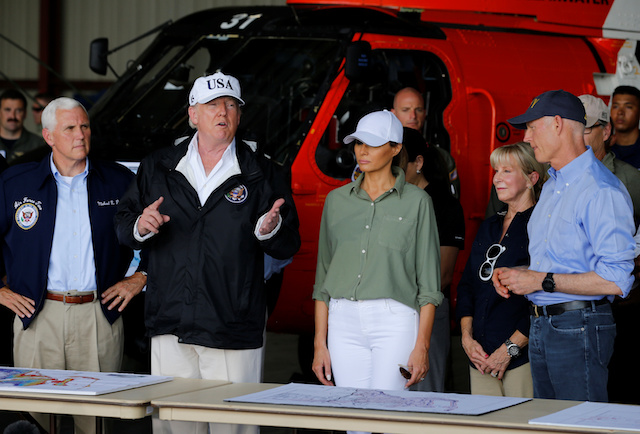 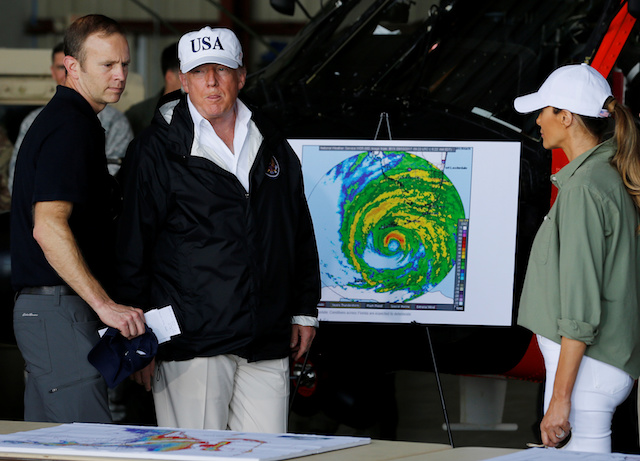