Spunky and authentic video blogger Candace Owens recently began breaking out of “the mental prison” that white liberals have created for minorities, she told The Daily Caller News Foundation.

Owens’ message to liberals is simple, but revolutionary: “Think for yourself; come to your own conclusions.” She started making videos in July 2017 that have now gone viral online. She even has an international audience that’s starting to dub her videos in other languages.

When she tells white liberals she’s not a victim, “they nearly melt” because “they need to be my hero,” she explained to TheDCNF.

Her family includes many on government assistance, and she knows first-hand the problems in the black community that media and elites are ignoring. She is a registered Democrat and says she loves America.

In a reference to the movie “The Matrix,” in which “taking the red pill” symbolizes embracing a painful truth, as compared to hiding in the blissful ignorance of a pseudo-reality provided by the “blue pill,” Owens calls herself and her project “Red Pill Black.”

She believes Democrats, for all their political correctness, have abused black communities.

Ironically, it was the overused tactics of nasty name-calling, smears and “dirty-politicking” of the 2016 presidential campaign against President Donald Trump that made Owens decide to “turn in her liberal card.” Owens said she refuses to think “with her skin tone” and “with her anatomy.”

Her compelling rebellion makes her a target for smearing by the left. After all, she could grow a movement of rebels who think for themselves and see the systems, policies, and games built to keep minorities down. A hit piece from one partisan publication recently called her the new face of the “toxic right.” 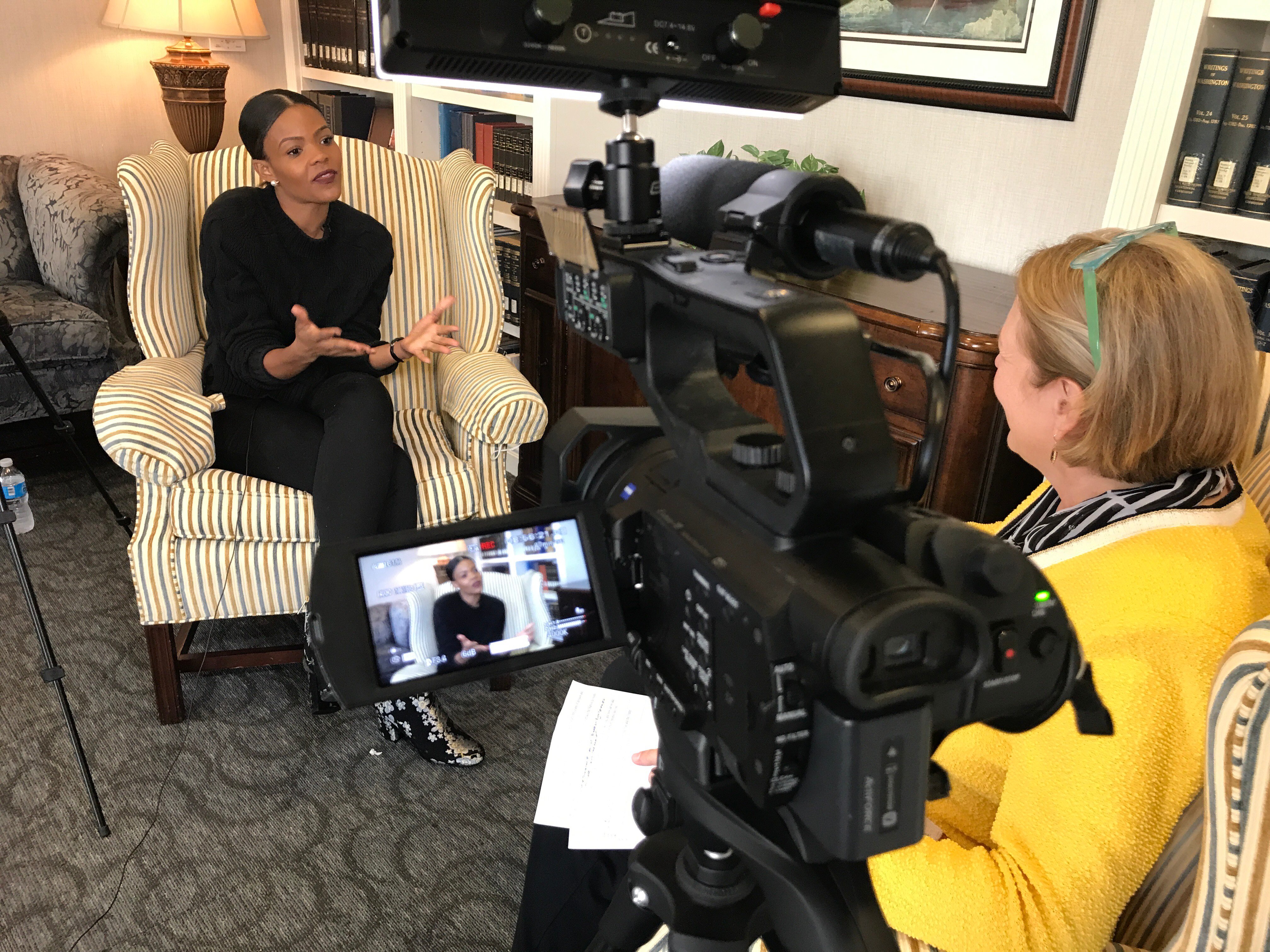 The name of her vlog, “Myth of the Coon,” is a signal to those who defame and hope to silence her. She obviously doesn’t care about hostile labels for black individuals who dare to reject liberal orthodoxy.

What happens as a result of these silencing, defamatory tactics? “They try to take down one person” like her, and “they end up waking up a thousand,” she said.

Democrats and liberals are losing people “by the thousands every day,” Owens said, because “they can’t stop lying.” The attacks and character assassination, including calling people “white nationalists” or “Hitler,” just because they think a little bit differently than the elites, has gone too far, she said.

As for the fomented racial divisions and anti-Americanism spreading from the left, she laughs and guesses anti-Americanism is going to be the Democrats’ new platform in 2020. Calling the platform “ludicrous” and “dangerous,” she adds: “It really lets you know they’re kind of scraping at the bottom here” at rebranding.

Owens calls the anti-Americanism “deplorable, to take one out of Hillary’s vocab.”

Owens also dismisses most Hollywood actors these days as “programmed bots” to be ignored, because they all seem to be becoming little politicians working for a “massive propaganda machine.”

In her recent videos, she spoke passionately about the violence in Charlottesville and the outrageous demands of whites from Black Lives Matter. She finds the Black Lives Matter movement illogical and offensive, as the group wants people to think with their skin tone, rather than their brain.

Owens said people also get very upset when she presses the topic of the  greater prevalence of black-on-black crime, and tell her, “We should only care when white people kill black people.”

Her best suggestion to heal the racial divide?: “Turn off the TV,” she said.

For more on Candace Owens, you can find her on Twitter @RedPillBlack, YouTube, Facebook , Instagram or help support her audacious rebellion with small monthly donations at Patreon. Other videos by RedPillBlack are here, here and here.

Videographer Sean Moody is credited with the video work for this piece.