The former rivals, however, have since become friends.

“We have become friends while working to get health care and tax cuts for the American people,” Trump told The New York Times. “Senator Graham is a fighter and a good person.”

The Times reported that Trump called Graham three times in one day last week. The two have also been golfing partners recently. 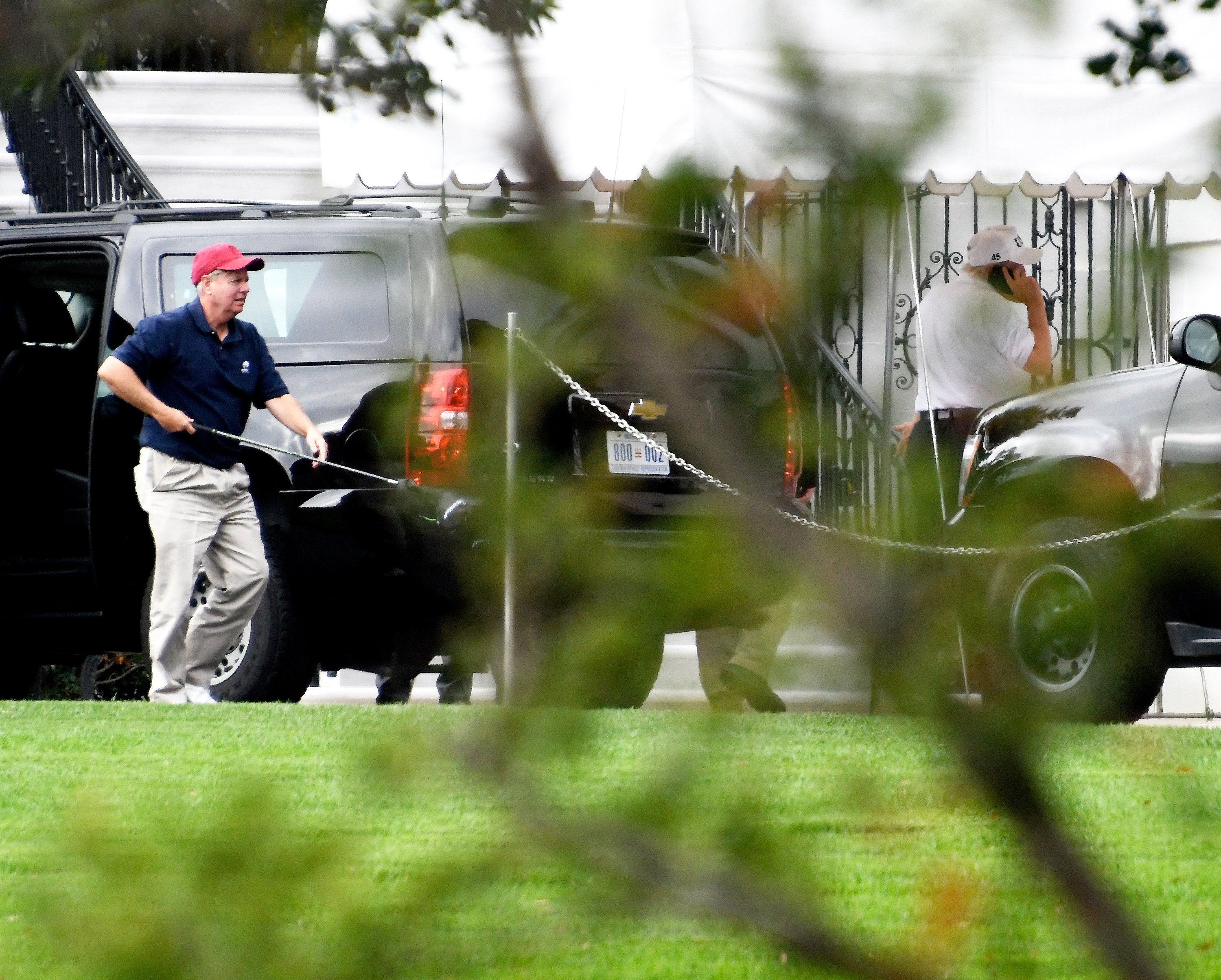 WASHINGTON, DC – OCTOBER 14: (AFP OUT) Senator Lindsey Graham (R-SC), left, carries one of his golf clubs as he leaves the presidential limo at the White House on October 14, 2017 in Washington, DC. U.S. President Donald Trump is seen at right talking on the phone. The two are returning after playing a round of golf. (Photo by Ron Sachs – Pool/Getty Images)

Trump and Graham have sharp ideological differences primarily on immigration and foreign policy. However, a source told The Daily Caller that Trump “gloated” to Graham in April after an airstrike on a Syrian airfield. But in August, Trump attacked the senator on Twitter for criticizing the president’s response to violence surrounding a white nationalist rally in Charlottesville, Virginia.

“Publicity seeking Lindsey Graham falsely stated that I said there is moral equivalency between the KKK, neo-Nazis & white supremacists, and people like Ms. Heyer,” Trump wrote referencing the counter-protester killed.

Graham, a friend of Trump foe Sen. John McCain, told the Times, “I’m going to try to stay in a position where I can have input to the president.”

“I can help him where I can, and he will call me up and pick my brain. Now, if you’re a United States senator, that’s a good place to find yourself,” the South Carolina senator added. “When I help him, it helps me back home. And I think it probably helps him to be able to do business with an old rival who’s seen as a deal maker.”

Some of Graham’s colleagues, most notably Sen. Jeff Flake and Sen. Bob Corker, have decided to lash out at Trump.

Mike Murphy, who ran pro-Jeb Bush super PAC Right to Rise, told the Times that Graham is being “very pragmatic.”

Republican Louisiana Sen. John Kennedy said, “Lindsey and the president are the most interesting couple in Washington. They kind of fuss with each other, and then they go play golf.”