Colin Kaepernick has reportedly been invited to meet with NFL commissioner Roger Goodell, but the meeting doesn’t sound like it’s going to happen.

ESPN broke the story of the potential meeting Wednesday. However, there are some obstacles in the way. Most notably is the fact the NFL won’t allegedly allow Kaepernick to have a mediator in the the meeting, according to a statement his attorney Mark Geragos gave to ABC news. This could cause the quarterback to not attend the meeting. 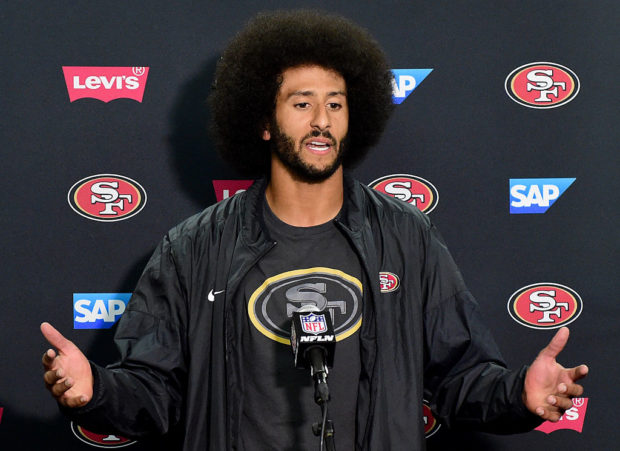 SAN DIEGO, CA – SEPTEMBER 01: Colin Kaepernick #7 of the San Francisco 49ers speaks to media during a press conference after a 31-21 preseason win over the San Diego Chargers at Qualcomm Stadium on September 1, 2016 in San Diego, California. (Photo by Harry How/Getty Images)

The NFL isn’t lying down after Kaepernick reportedly backed out, and a spokesman told ESPN, “Mr. Geragos’ statement alone violates the collective bargaining agreement, breaking the confidentiality of the grievance process. So he can save his lecture on PR stunts. The invitation remains open.”

Kaepernick hasn’t played a snap of professional football since leaving the San Francisco 49ers, and his options don’t look great. He set the league on fire in the 2016 preseason when he refused to stand during the national anthem, and it will likely result in him never playing professional football again.