The legislative failures marking President Trump’s first 10 months in office have conservative leaders worried that Republicans are squandering a rare chance to advance conservative policies while holding the House, the Senate and the White House.

Republicans have struggled to keep long-standing promises to conservatives, such as repealing and replacing the Affordable Care Act, or defunding Planned Parenthood. Republicans so far have zero legislative achievements in the almost 10 months that President Trump has been in office.

Having failed on health care and accomplished little on immigration, Republicans’ best hope for a legislative victory is passing tax reform, which is no sure thing. Some conservatives have criticized the current GOP tax bill for not doing enough for working families, and three Republican senators have already expressed concern about the bill. House Minority Leader Nancy Pelosi has said she wants tax reform to fail so Democrats can take back the House.

SEAN HANNITY TELLS GOP THEY NEED TO GET IT TOGETHER

As their failures have piled up, a flood of Republicans in both the House and the Senate have announced that they will not seek re-election ahead of next year’s midterms. The Democratic landslide in Virginia’s elections on Tuesday has some Republicans fearing a wave election in 2018 that could lose them the House and possibly the Senate.

Grassroots conservatives, meanwhile, fear that years of work helping Republican politicians get elected will be for nothing, if Republicans lose the House in 2018 with little to show for their time in control. 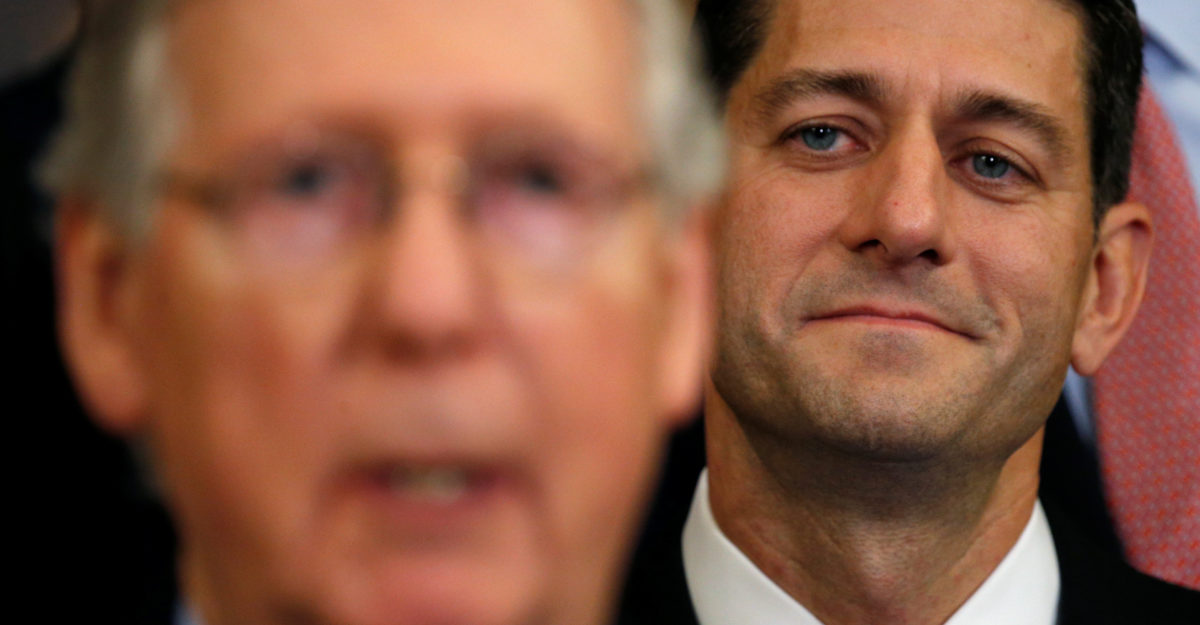 “The voters in Virginia offered a stark warning to Republican leaders: if you don’t keep your campaign promises, there’s no reason to keep electing Republicans. The top concern was health care, and Republicans failed to deliver on their nearly decade old pledge to repeal failing Obamacare which is killing our health care system,” Jim DeMint, chairman of the Conservative Partnership Institute, told The Daily Caller.

“The policy failures of this Republican Congress are dispiriting voters nationwide. Conservatives have done their part to advance the policies that swept President Trump into office, but liberal Republicans are breaking their campaign promises to repeal Obamacare and oppose amnesty,” DeMint added.

“Still, this Republican Congress continues to show no sense of urgency, taking long weekend breaks and blaming Democrats for their problems. Leaders should keep Congress in session 24 hours a day, seven days a week until they do what they promised: cut taxes, repeal Obamacare, and secure our borders.”

Morton Blackwell, chairman of the Leadership Institute, expressed concern that the Virginia results could be the start of a wave that hands the House back to the Democrats next year. (Full disclosure: This reporter wrote for Campus Reform, a project of LI, during college.)

“In my view, there is a political imperative, regardless of whether you are conservative or just a Republican but not committed to conservative principles, for the sake of the party there needs to be immense effort to pass as much as can be done between now and the elections next year,” Blackwell told TheDC.

“It’s so obvious to me that this ought to be done that I’m really appalled at how little has been achieved. The House has passed a great many good bills but the Democrats in the Senate have stopped lots of votes on things and the Republicans are not pushing hard,” Blackwell continued. “I think it is politically very unwise to have business as usual given the current circumstance,” he added.

Losing the House in 2018 could prove disastrous not just for the conservative agenda, but for the Trump presidency as well, as it could allow Democrats to impeach President Trump. (RELATED: Gutiérrez Pushes Impeachment Day After NYC Terror Attack)

Republican South Carolina Sen. Lindsey Graham has previously said that a Republican failure on tax reform would guarantee Democrats take back the House in 2018, likely leading Democrats to impeach the president.

“I can’t imagine how [Trump] could be successful with Nancy Pelosi running the House,” Graham said. “They’d try to impeach him pretty quick and it would be just one constant investigation after another. So it’s important that we pass tax reform in a meaningful way. If we don’t, that’s probably the end of the Republican Party as we know it.”