Democrats certainly don’t appear to have an issue with using fear to fundraise.

A Senate Majority PAC mailer with an enclosed letter from Senate Minority Leader Chuck Schumer tied together the Kremlin and neo-Nazis with corporate tax cuts. 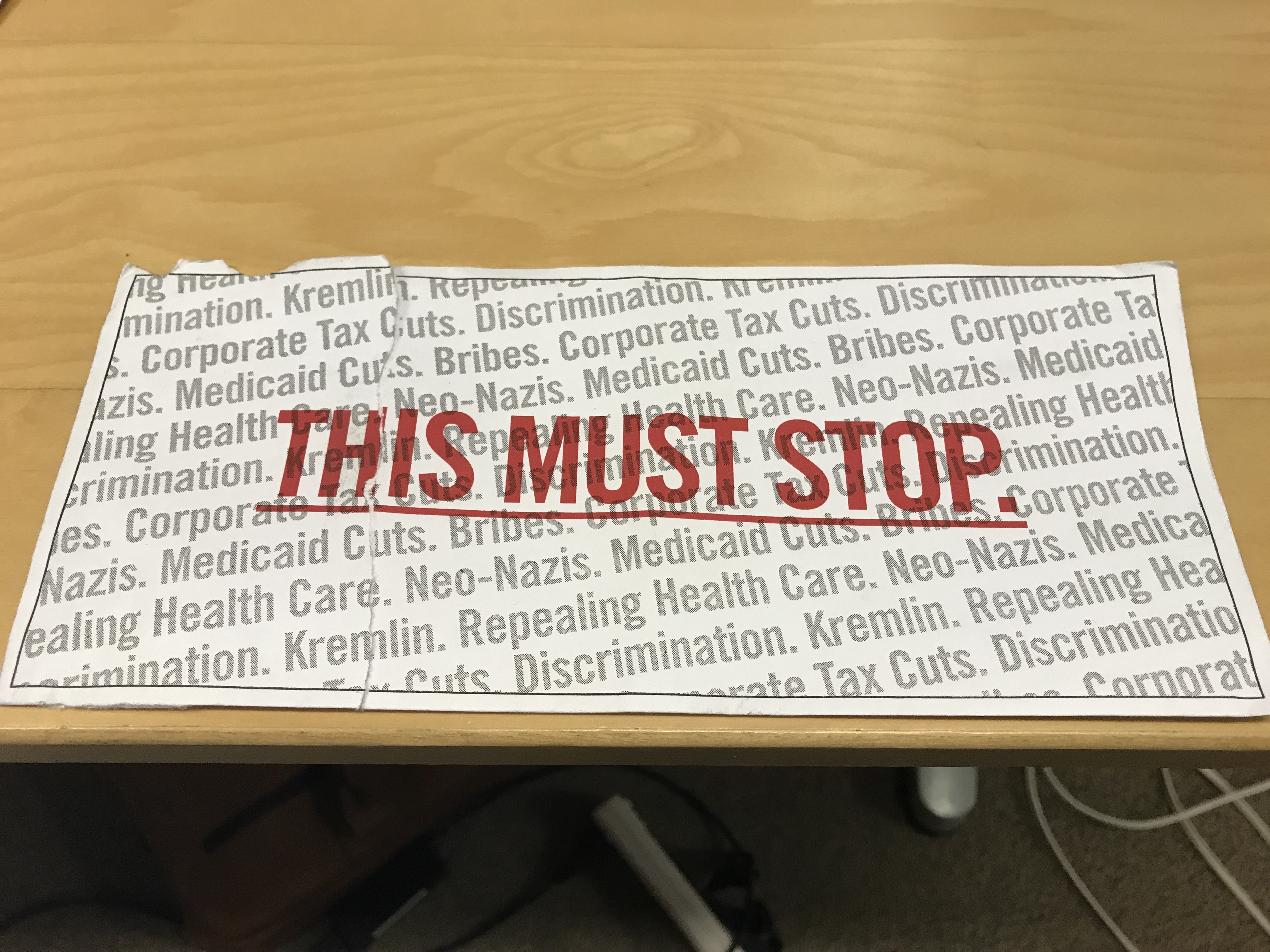 The previously unreported letter was obtained by TheDC on Friday. Schumer claimed in it that Trump is turning his back on America in order to help Russia and “billionaire backers.”

“Well, the president wasn’t elected to represent Moscow; he was elected to represent the American people. And anyone who puts America in danger in order to serve another nation’s interests, especially one that has been one of our greatest political adversaries over the last century, should face a whole lot more than ‘great pressure,'” Schumer wrote.

The New York senator went on to write: “President Trump and his Republican ‘yes men’ are dangerous to the people they are supposed to serve and the values America represents. But they are not unstoppable. Donate to Senate Majority PAC to end this power grab.”

The letter was sent out after Steve Bannon left the White House in August, however, it is unclear exactly when it was mailed. Both a Senate Majority PAC spokesman and a Schumer spokesman did not respond to a press inquiry.

The Senate Majority PAC is controlled by allies of Schumer, according to Politico, and its goal is to elect Democrats to the Senate. 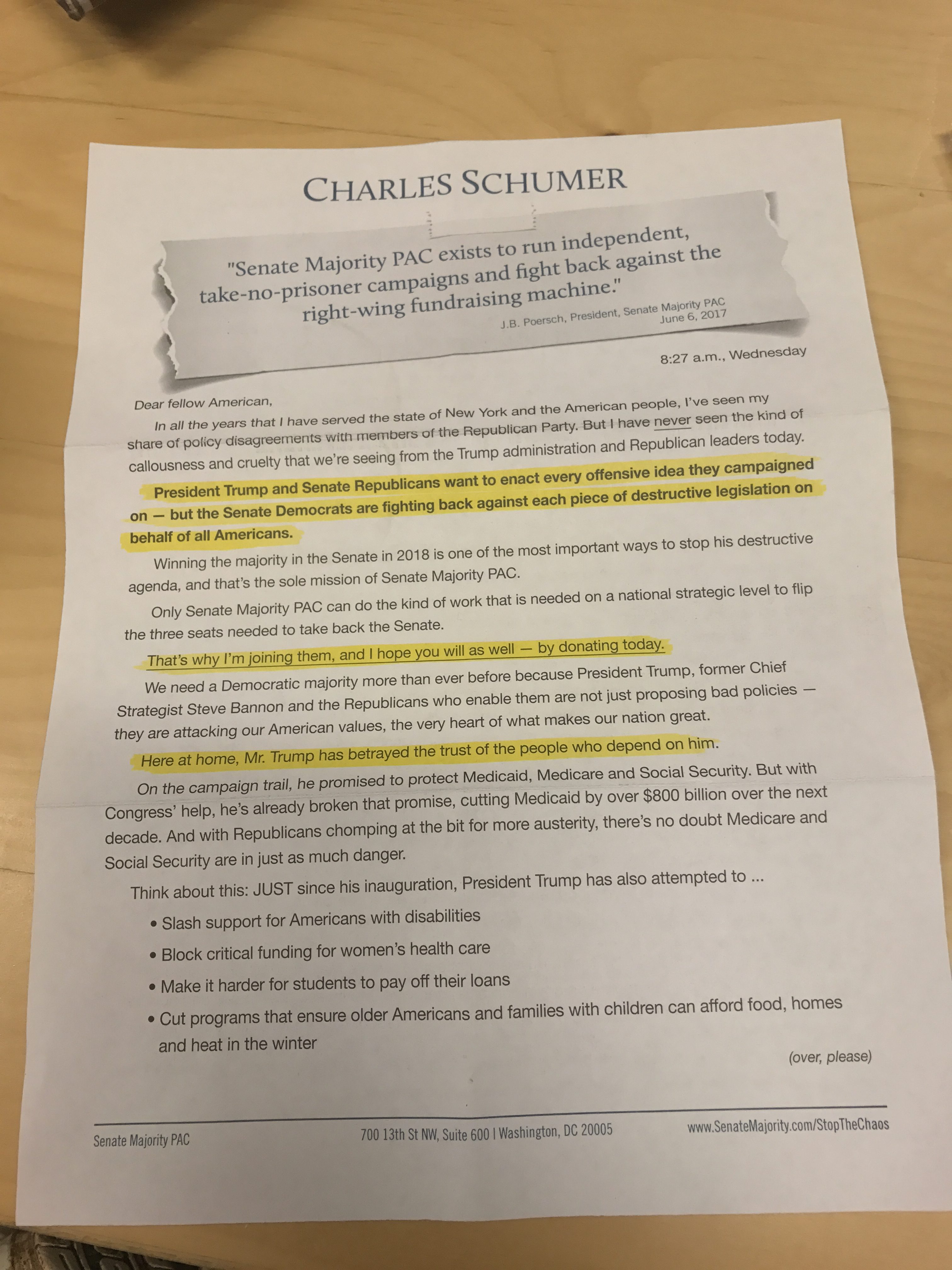 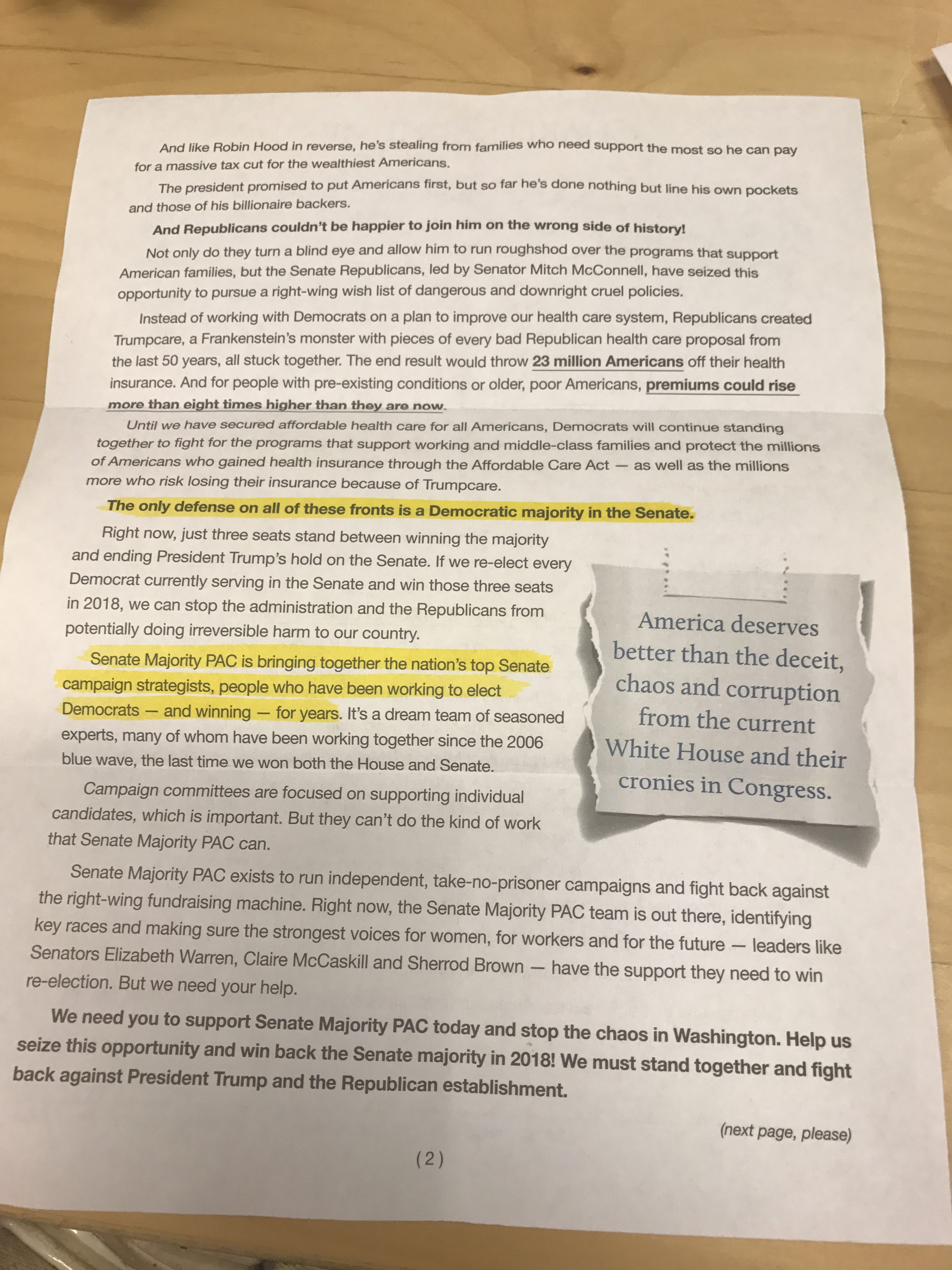 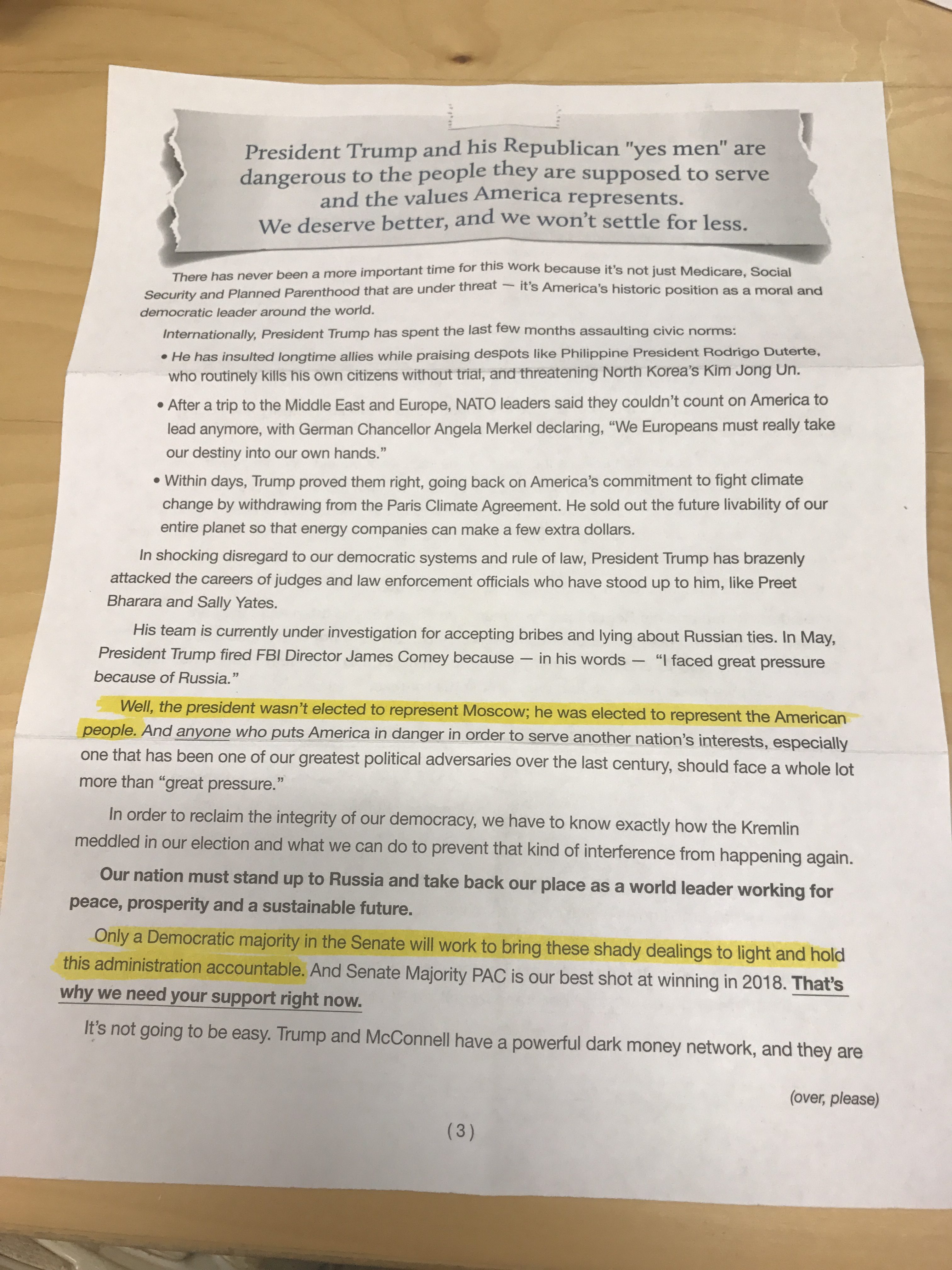 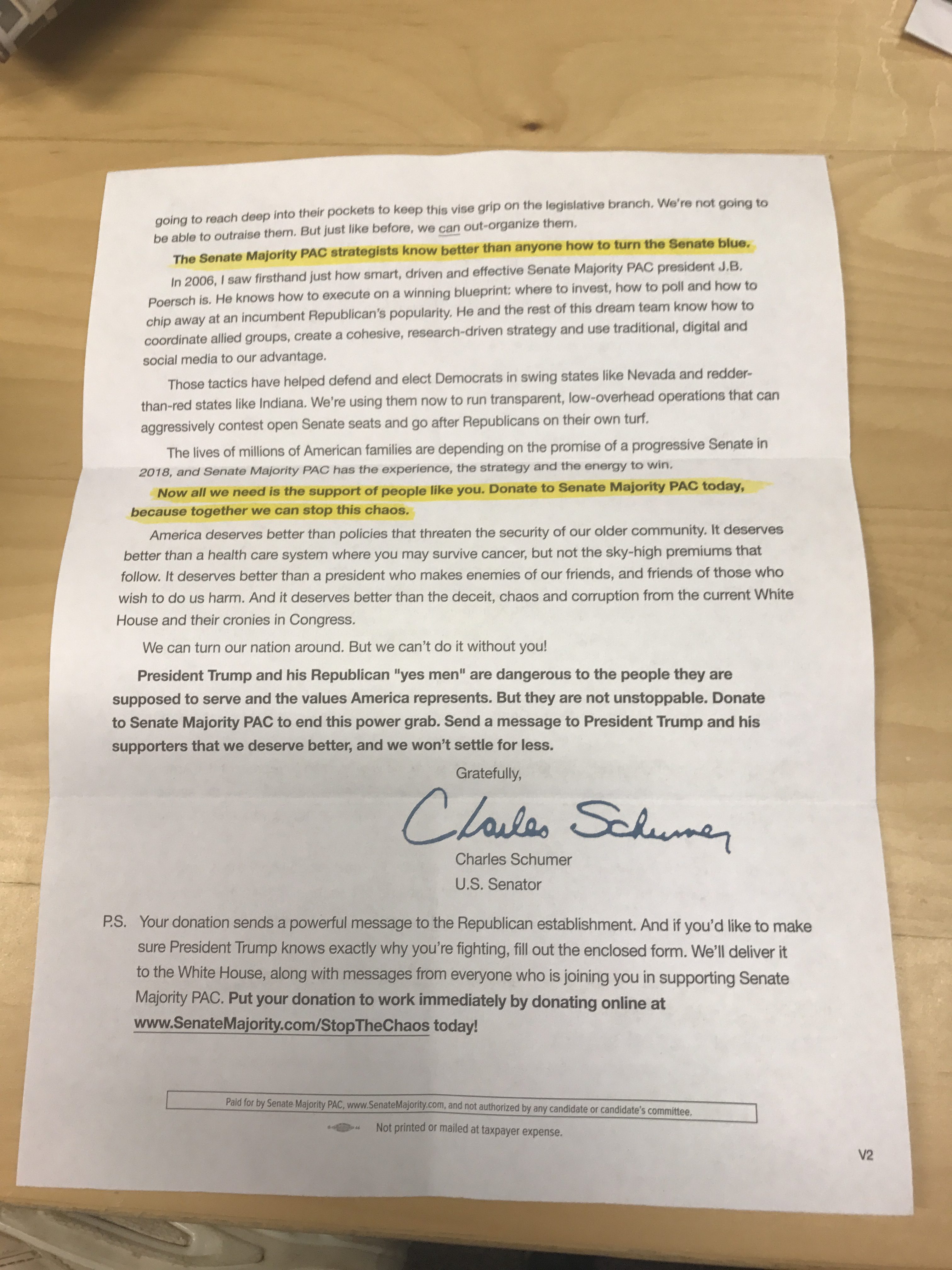 In the lead up to Democrat Ralph Northam’s recent Virginia gubernatorial win, a liberal group ran an ad depicting a Republican voter stalking minority children in a truck.

The group, Latino Victory Fund, told BuzzFeed that it will double down on this strategy.

“Our ad was an honest reflection of the fears facing communities of color in Virginia and across the country. It was designed to raise Latino voters’ awareness of Gillespie’s bigoted campaign tactics, and it accomplished that goal,” Cristóbal J. Alex, Latino Victory Fund president, said. “Faced with vicious, racist attacks, we usually turn the other cheek or point our finger at the bully. This time we threw a jab to the throat and we will continue raising our voices wherever and whenever racism rears its head.”