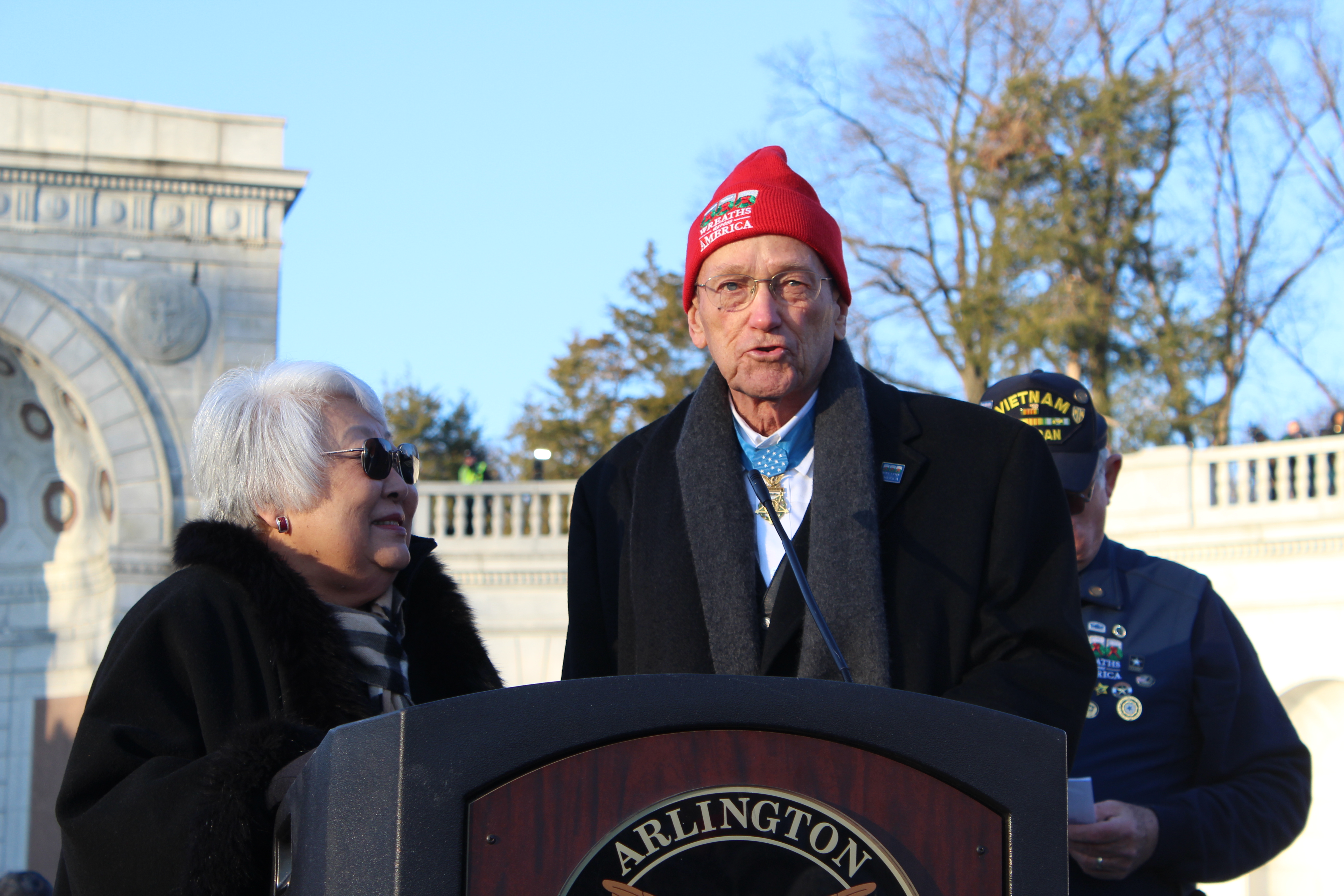 Veterans and visitors alike attended, and the event honored Col. Roger Donlon, the first Medal of Honor Recipient on the Vietnam War. Col. Donlon spoke to a large crowd at the opening of the event and focused on his wife Norma, saying even though he returned home, Norma made his heart “a prisoner of war.”

Large trucks brought thousands of live wreaths to place on the tombstones and monuments located in Arlington Cemetery. Volunteers lined up to obtain the wreaths and placed them accordingly. 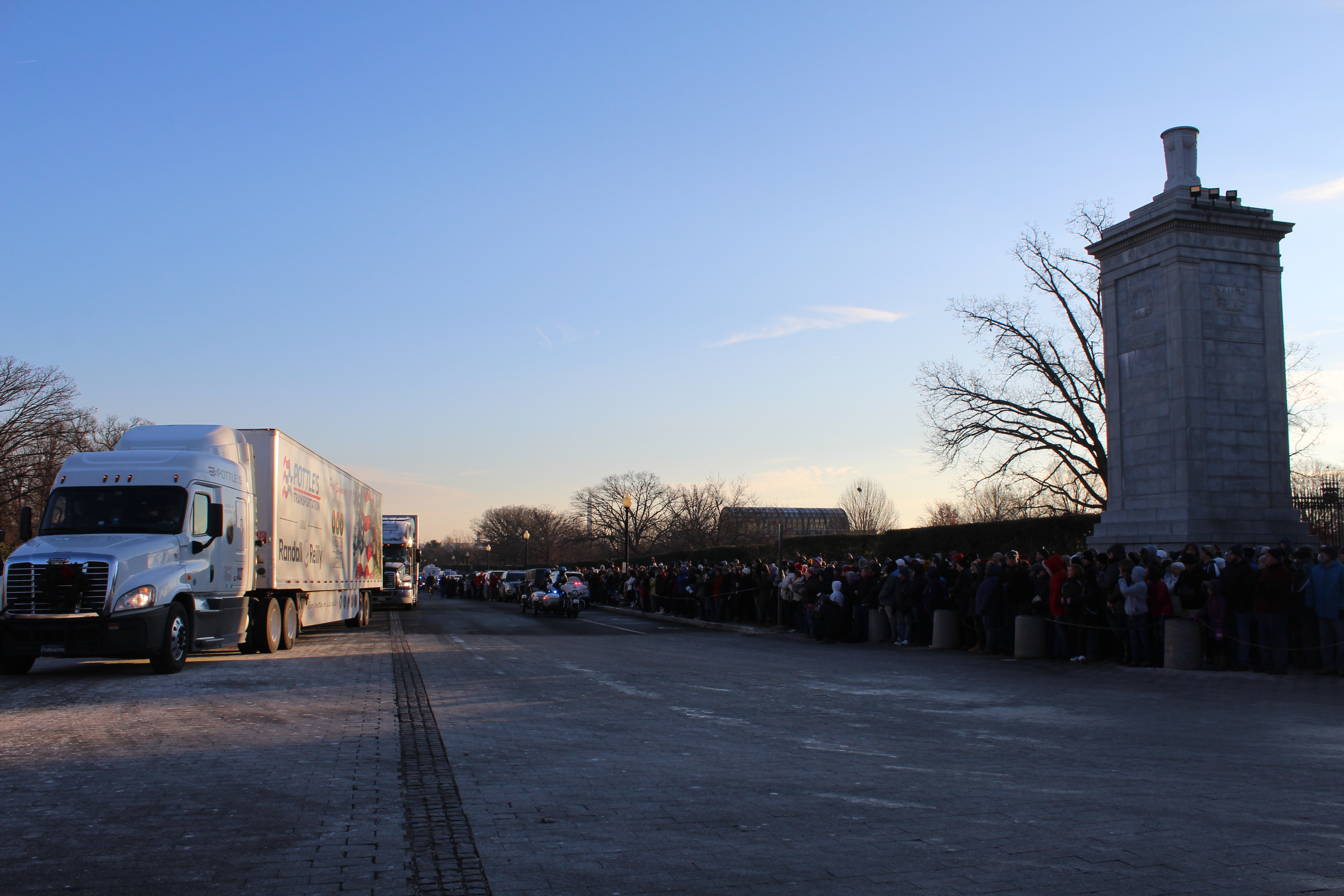 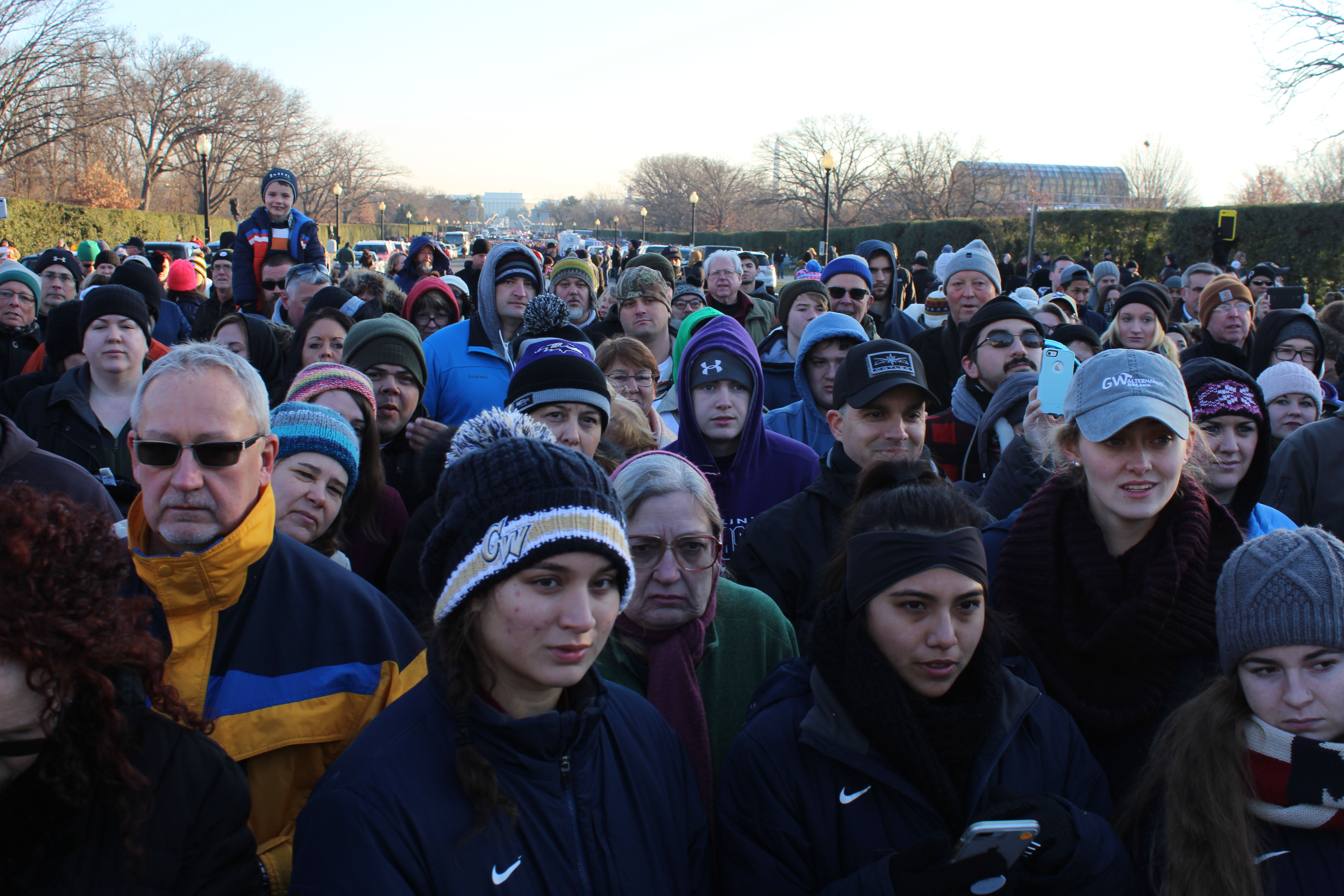 There were special wreath-placing ceremonies at main locations of the cemetery, including the JFK Memorial and Columbarium. At noon, Col. Donlon and his grandchildren presented a wreath after the changing of the guard at the Tomb of the Unknown Soldier. 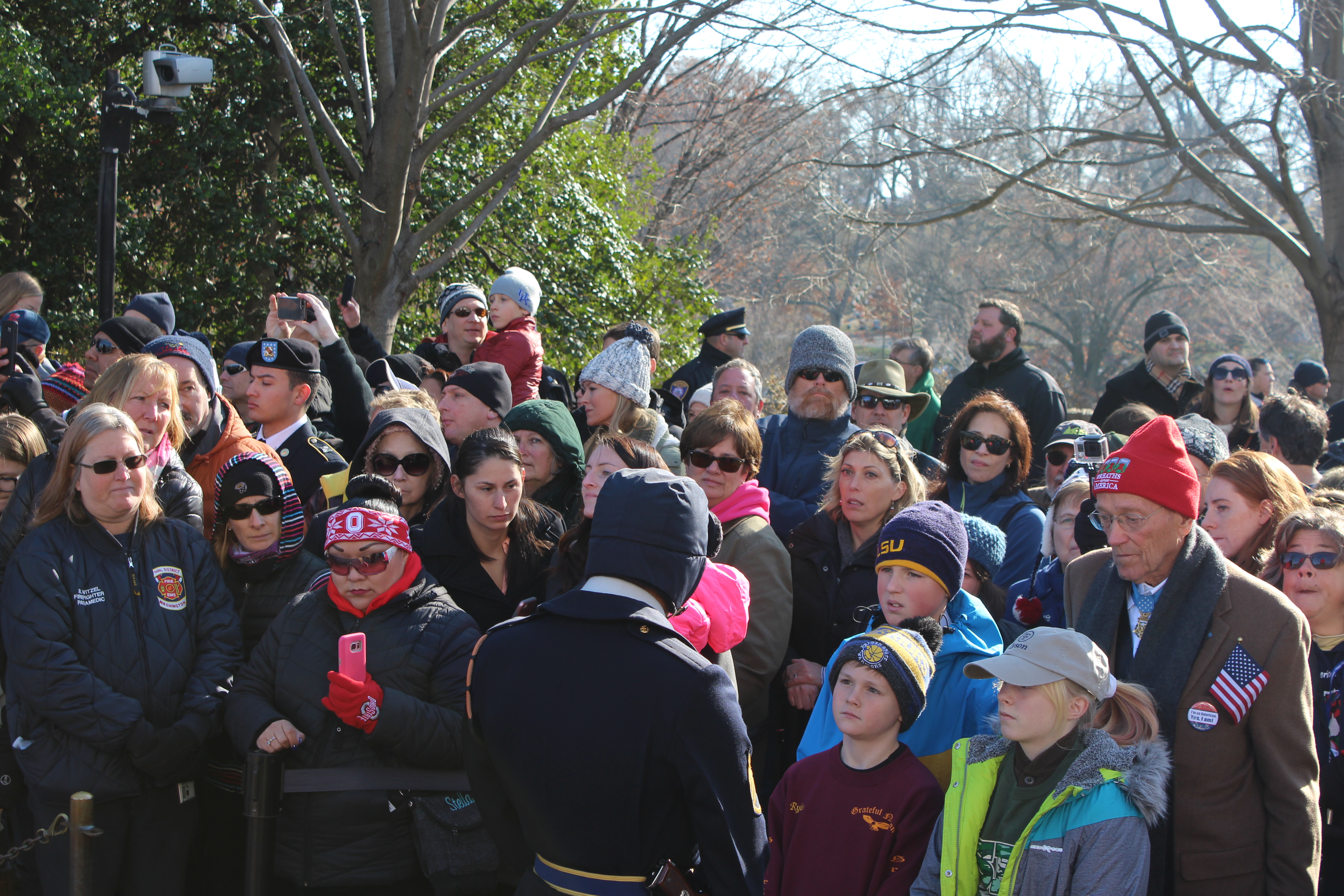 A few veterans told The Daily Caller about their experience at the event. Jim Parker served in the Army’s 824th Heavy Boat Company during peacetime and was discharged in 1965.

“I spend my Christmases doing three things,” Parker told TheDC. “First, I go to Arlington for the wreaths. This is my second year.”

“Second, I go to a Baptist Church in North Carolina and take part in a men’s Bible class,” continued Parker. “Third, I don’t take anything for granted. I have two sons, two daughters and a grandchild. That’s what I do for Christmas.” 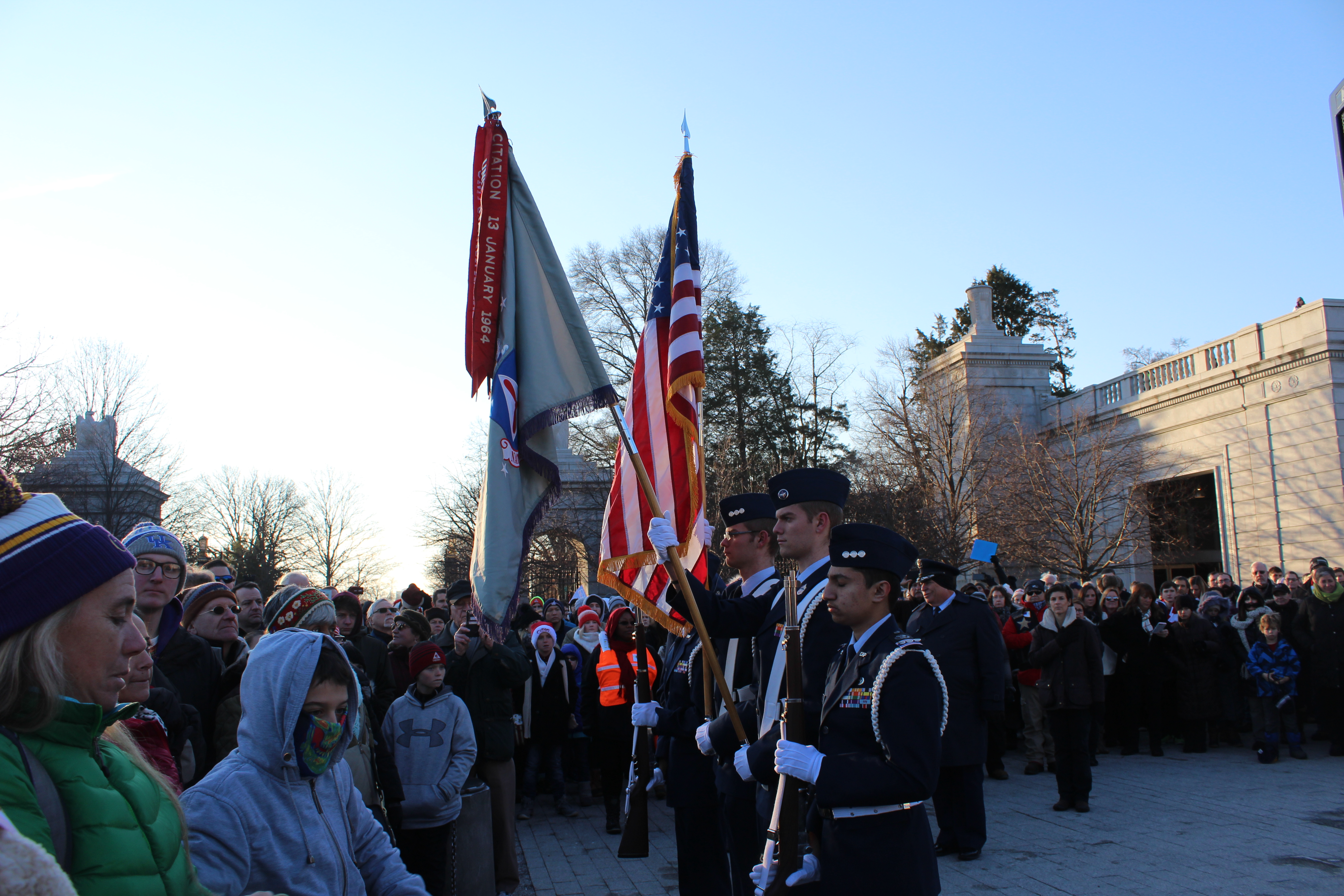 Two Marine veterans, Duke Hancock and Chris Smith, served in Beirut in the early eighties. Smith served from 1982-83 as an infantry rifleman and Hancock served from 1983-84 as a helicopter crew chief. This was the first year of attendance for both Smith and Hancock. Smith said he has never seen this many people in the cemetery before, including a Memorial Day event that he attended.

Hancock boldly wore a kilt and a biker jacket in the cold outdoors of Arlington Cemetery, displaying his service in Beirut. 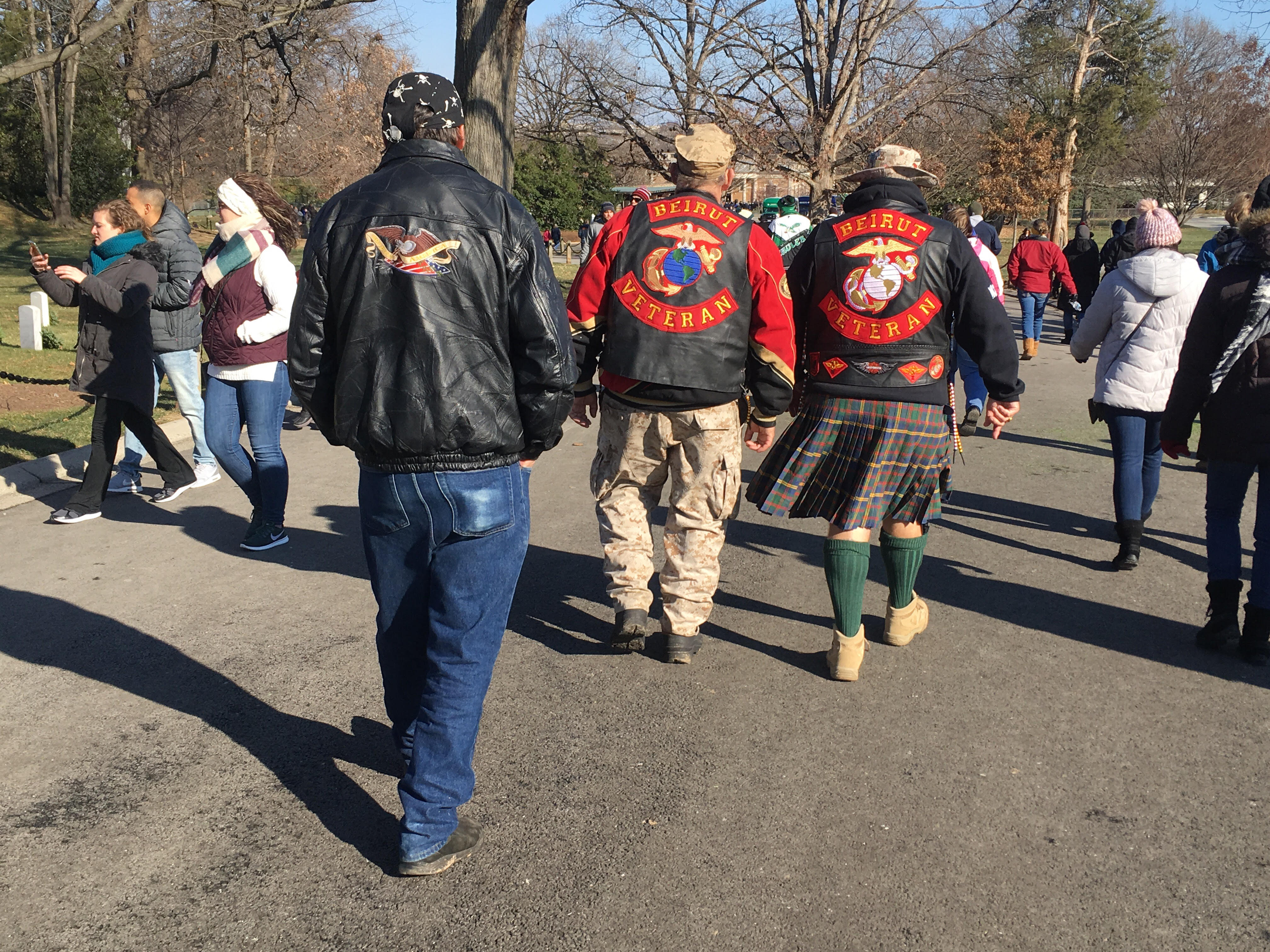 “I always wear kilts,” Hancock told TheDC. “I own a kilt company in New Jersey, and I wear a kilt everyday.”

The Wreaths Across America Day Event set Arlington National Cemetery in the spirit of Christmas, and the wreaths will stay in place until late January.